Modi in Gujarat: UP, Uttarakhand, Goa and Manipur win… Now Gujarat in election mode due to Modi’s visit 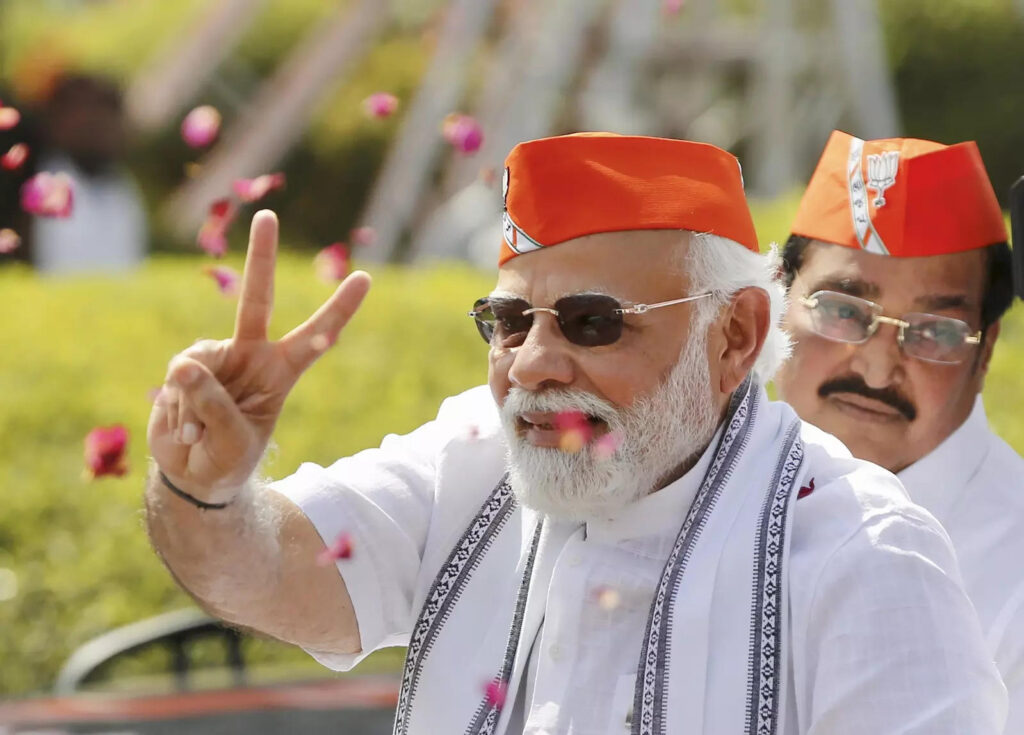 Share
Facebook Twitter LinkedIn Pinterest Email
Ahmedabad : After the massive victory of the BJP in Uttar Pradesh, Uttarakhand, Manipur and Goa, the BJP has embarked on the next mission. Prime Minister Narendra Modi, buoyed by the victory, reached Gujarat on Friday. Gujarat is the state where the next assembly elections are to be held now. Modi’s visit to Gujarat has put the state in election mode.

‘Panchayat Mahasammelan’ was organized at GMDC ground. Addressing over one lakh representatives of Panchayati Raj institutions, Modi said, “Because of the power of democracy, the BJP retained power in states where governments were barely elected twice.” It was possible because people are voting for development.

Soon after the assembly election victory, Modi’s two-day visit to Gujarat put the state BJP into election mode. BJP is in power in Gujarat continuously for the last 24 years. “Now it is firmly in the mind of the people that the job of those in power is to ensure development,” Modi said. We will continue this mantra and ensure that every section of the society gets the benefits of development.

Modi’s arrival in Gujarat was celebrated like a celebration. He was warmly welcomed. Thousands of party workers happily greeted the PM on the 10-km route from the airport to the state BJP headquarters. During the roadshow, the Prime Minister was wearing the BJP’s new saffron cap and showed the victory symbol with both hands. He was accompanied by state Chief Minister Bhupendra Patel and BJP President CR Patil.

Addressing sarpanches and other panchayat functionaries, the PM laid emphasis on rural development on a large scale. Invoking Mahatma Gandhi, the PM said, ‘Rural development was the most important and most important dream of Bapu. He believed that a strong democracy is possible only when our villages are strong. It is the duty of those who believe in democracy to strengthen the rural institutions.

Modi said there is a need to set targets for village representatives for villages to be self-reliant and for holistic development of rural centres. He said that we have to plant 75 trees in every village, do natural farming, celebrate school and village birthdays, switch to LED bulbs and conserve water.

Late in the evening, the PM presided over the meeting of the Somnath Temple Trust. On Saturday, he is scheduled to preside over the convocation ceremony of the National Defense University and inaugurate the Khel Mahakumbh. This is a mega program to promote sports at the local level, it was started by Modi as the CM of Gujarat.