Maharashtra: ‘PM Narendra Modi follows Hitler’s policy, BJP will hit the back, then we too have the right’, Sanjay Raut again attacked 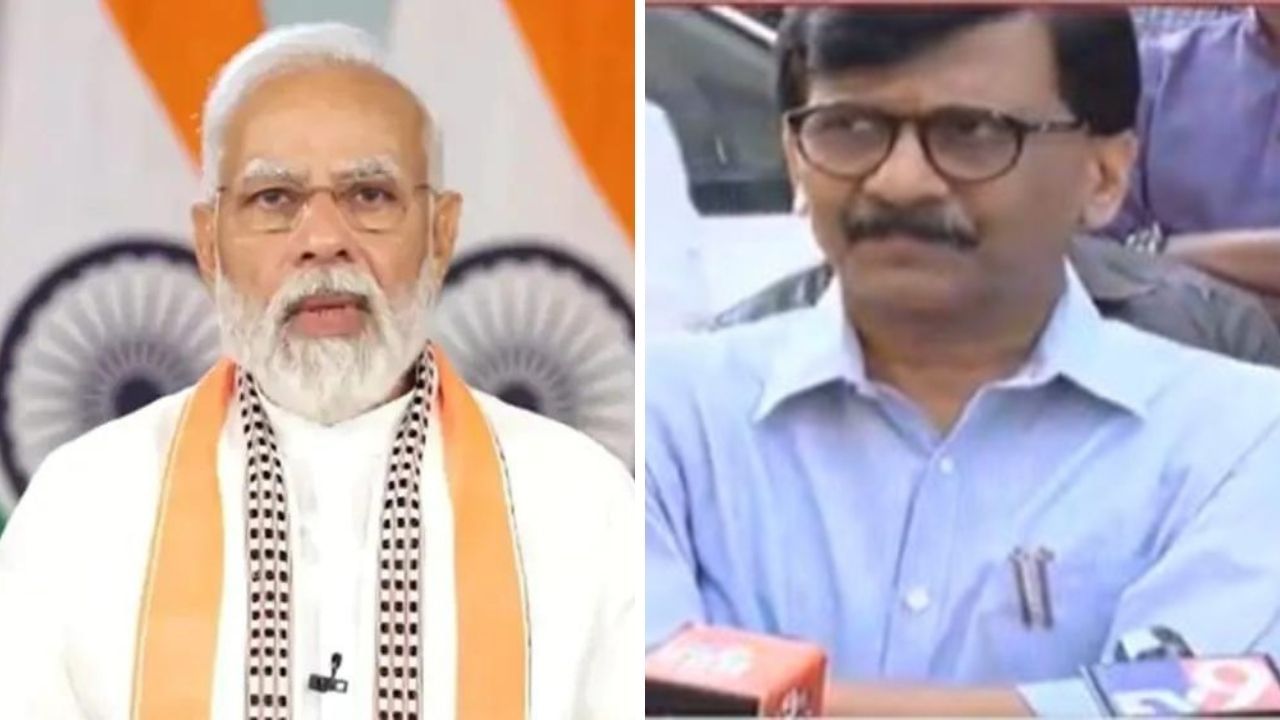 Attacking the BJP, Sanjay Raut said, ‘If they hit the back, then we also have the right to snatch their intestines. If they are ready to forget the rules of war, then our expectations of morality are futile.

PM Narendra Modi (PM Narendra ModiCompletely follow Adolf Hitler. In the same way, big events do. Make full use of the power of publicity and propaganda. Despite all these forces, we have snatched the power of Maharashtra from them. Our fight at this time with BJP having such preparations (BJP vs Shiv Sena) is blown. This fight will have to be fought in the language of BJP and with similar weapons. If they strike on the back then we too have the right to snatch their entrails. If they are ready to forget the rules of war, then our expectations of morality are futile. All this Shiv Sena MP Sanjay Raut (Sanjay Raut) said while addressing the gathering of social media cell of Shiv Sena in Mumbai today (May 8, Sunday).

Sanjay Raut said, ‘Even in Uttar Pradesh elections, BJP leaders took social media training. From hijab to many such issues were brought in publicity. The same thing happened in Bengal too. If we look at the preparation with which all this is done, then our team is very small in the competition. In a city like Mumbai, allegations were made against the Maha Vikas Aghadi government in the Sushant Singh Rajput, Kangana Ranaut case. For this, the social media cell of BJP works in a planned manner. They tell lies a hundred times, then they start believing the truth to the people. This is war. We have to prepare our people to respond in the same style. There is a need to give a corporate touch to our social media team.

There is an autobiography of Hitler called Meine Kampf (My Struggle). In this he has said that publicity and propaganda are very important for nation building. Your image and strength depends a lot on how you promote and propagate. Today there is a lot of propaganda and propaganda happening in our country. There was a lot of fierce campaigning against Hitler in an election. Then Hitler ordered a poster to be put up. No message was written in that poster. Only Hitler’s photo was put. People liked this. Hitler said that common people are not very fertile with ideas. They do not read or write. Whatever can enter their mind, such things should be done. Hitler used to do events a lot. PM Modi also does the same.

‘This is how Rahul Gandhi’s status was abolished, today thousands of Sanjay Raut are needed’

In this address, Sanjay Raut once again targeted Kirit Somaiya. He reiterated that, ‘Even though BJP leaders Kirit Somaiya and Neel Somaiya have got bail, but then I will say only one sentence. These father and son will go to jail. what I speak. I speak after thinking and calculating.