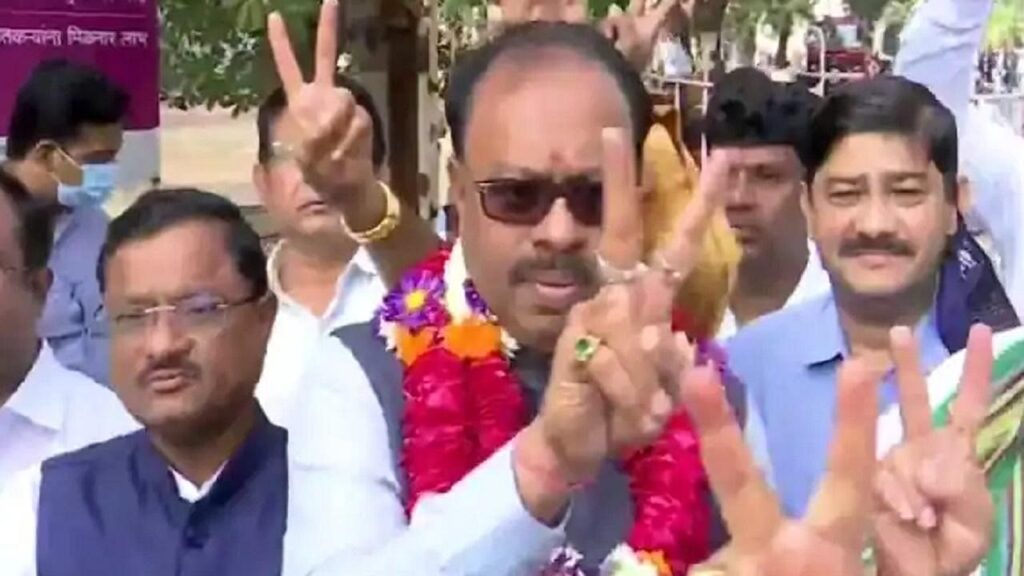 In the elections held on two seats of Maharashtra Legislative Council, the ruling Maha Vikas Aghadi government has suffered a major setback.

In the elections held on two seats of Maharashtra Legislative Council, the ruling Maha Vikas Aghadi government has suffered a major setback. BJP candidates have won Nagpur and Akola Legislative Council seats in Vidarbha. Congress has been badly defeated in Vidarbha. In the Akola-Washim-Buldana and Nagpur local body elections of the Legislative Council, the BJP defeated the ruling Maha Vikas Aghadi by a huge margin. BJP’s Vasant Khandelwal won the Akola seat by 110 votes. Khandelwal won by 328 votes out of 438. Chandrashekhar Bawankule won from Nagpur seat by defeating Congress supported independent candidate Mangesh Deshmukh.

Cross voting in favor of BJP

According to the information received from the State Election Commission, the election results of Nagpur Municipal Corporation (MLC) and Akola-Washim-Buldhana local body elections are being declared. Voting was held on December 10 for both the seats of the Legislative Council. Elections were held for a total of six seats in the state, out of which four seats went to polls unopposed. BJP candidates have won both Nagpur and Akola-Washim-Buldhana seats. BJP’s Vasant Khandelwal has won in Akola. In Nagpur, Chandrashekhar Bawankule won by 176 votes.

The biennial elections to the Maharashtra Legislative Council were held on 10 December for six seats from five local authority constituencies. The election took place due to the retirement of the existing members. Six seats fell vacant from Mumbai (2 seats), and one each from Kolhapur, Dhule-cum-Nandurbar, Akola-cum-Buldhana-cum-Washim and Nagpur.

In the Maharashtra Legislative Council elections, BJP won 4 seats out of 6 seats, respected arenarendramodi It shows people’s faith in G’s leadership, policies and plans.
I state president @ChDadaPatil Yes , @Dev_Fadnavis g and @bjp4maharashtra Congratulations to all the workers of