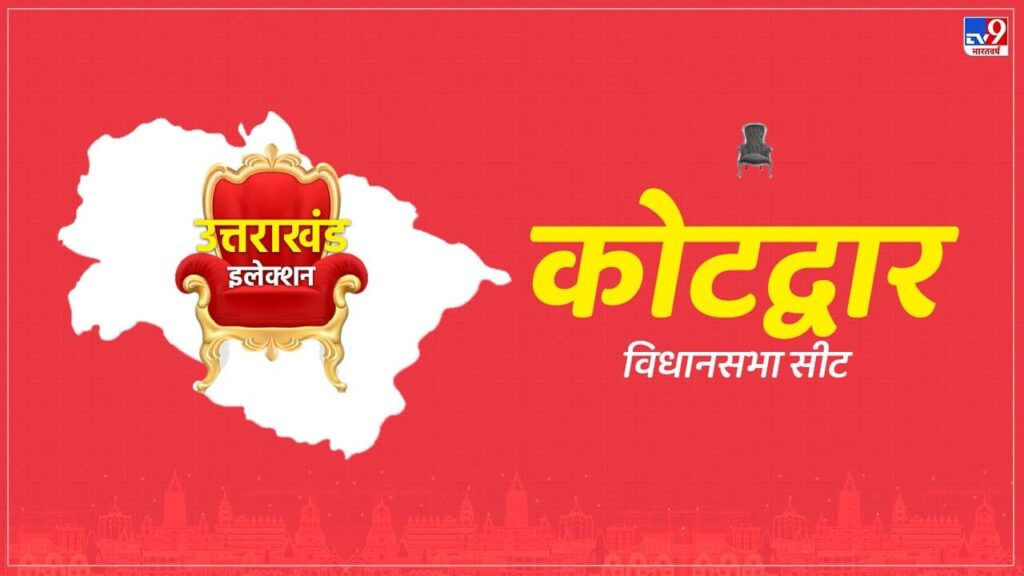 Kotdwar MLA Vidhan Sabha Election Result 2022 LIVE Updates: This time there is an interesting contest on Kotdwar seat. Ritu Khanduri of BJP is the biggest challenge in front of Surendra Negi of Congress, but the mathematics of both have been spoiled by independent Dhirendra Chauhan.

Kotdwar Election Result 2022 LIVE Updates in Hindi: uttarakhand assembly electionUttarakhand Assembly Election) Kotdwar assembly seat before 2022 (Kotdwar Assembly seat) had come under discussion. In the cabinet meeting held before the election, the cabinet minister Harak Singh Rawat had resigned from the post on the demand of Kotdwar Medical College. Although later he was persuaded by the BJP for some time with the approval of the medical college, but since the announcement of the candidates, the contest on this seat has remained interesting. The results of which everyone is waiting. This time Ritu Khanduri on BJP ticket from Kotdwar (Ritu Khanduri) has contested the election. There itself Congress Surendra Negi on the ticket of (Surendra Negi) were in the field. Between the two, BJP rebel Dhirendra Chauhan has also presented a strong claim.

Ritu Khandri is currently identified as an MLA from Yamkeshwar seat. At the same time, she is the daughter of former Chief Minister Bhuvan Chandra Khanduri. This time BJP has contested from Kotdwar by not giving him ticket from Yamkeshwar. Actually, Kotdwar is a big challenge for Ritu Khanduri. In 2012, Bhuvan Chandra Khanduri lost the election from Kotdwar while being the Chief Minister. He was defeated by Surendra Singh Negi of Congress in that election. In such a situation, this election is special for Ritu Khanduri in many ways. In this election, she was in the fray to avenge her father’s defeat. This election was the second election of Ritu Khanduri.

Surendra Negi has been a cabinet minister in the Congress government

Congress has expressed confidence in Surendra Negi for the third time in Kotdwar seat. Surendra Negi has been in politics for a long time. In 2012, when he defeated Chief Minister Bhuvan Chandra Khanduri in the elections. So after that he was made a cabinet minister in the Congress government. However, he had to face defeat in 2017. Surendra Negi’s wife is the mayor of Kotdwar Municipal Corporation. In such a situation, they are considered to have a strong hold in the field.

BJP rebel Dhirendra Chauhan became a challenge for both

The Kotdwara assembly seat used to be reserved till earlier. Under which BJP’s Govind Lal had won this seat in 2002 and 2007. After the delimitation of 2008, this seat became normal. After which Surendra Singh Negi of Congress defeated Bhuvan Chandra Khanduri of BJP by a margin of 4,623 votes in this seat in 2012. At the same time, Harak Singh Rawat had won from this seat on BJP ticket in 2017. Harak Singh Rawat defeated Surendra Negi of INC by a margin of 11,318 votes.

Kotdwar assembly is also called the gateway of Pauri. This is a plain area, which is adjacent to the mountain. According to the Election Commission, the total number of registered voters in this assembly seat is 110555, out of which the number of female voters is 54943, while the number of male voters is 55609. At the same time, a total of 3 transgender voters are registered in this assembly seat.