Is the opposition making Nitish Kumar a scapegoat for the upcoming presidential election in a well thought out strategy? 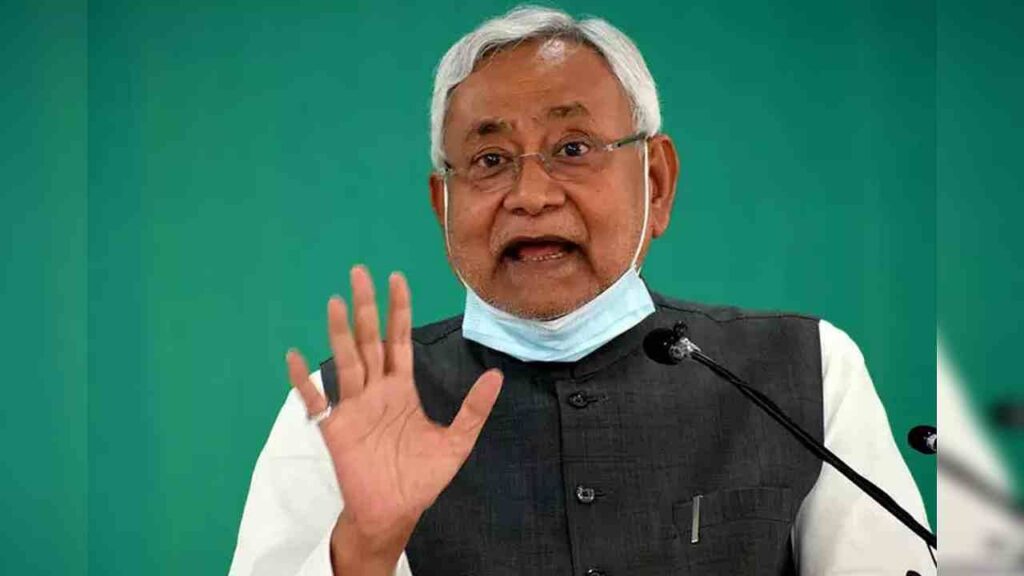 Yesterday one thing suddenly came to the fore that the opposition Nitish Kumar (Nitish Kumar) Presidential election scheduled in the month of July (Presidential Election) in opposition (Opposition) Eager to make candidate on behalf of When the media asked this question to Nitish Kumar, he smiled in his familiar style and said that “I do not even have this idea in my mind. Neither have I thought of it in my mind, nor have I imagined it.”

But the smoke rises where the fire burns. The spark must have been split somewhere and perhaps it is a well-thought-out policy of the opposition under which it is planning to create a divide between the Bharatiya Janata Party (BJP) and its allies. Nitish Kumar’s guest at dinner last Friday night was Prashant Kishor, his old aide and considered a master of electoral politics. The meeting took place at Nitish Kumar’s residence in New Delhi, which lasted for about two hours. As we had also speculated that Prashant Kishor does not meet any big leader just to eat roti. And when he met Nitish Kumar and had a long conversation, it must have been a matter of politics too.

Opposition is using Nitish Kumar to break into NDA

Since 2+2 is often 5 in politics, not 4, we assume that Prashant Kishor has also reconciled with Mamta Banerjee and political agitation has suddenly increased in view of the 2024 Lok Sabha elections. The intention of the opposition is to oust Narendra Modi from the post of Prime Minister in 2024, whatever it may be. Since Mamata Banerjee’s popularity or identity outside West Bengal and Chandrashekhar Rao outside Telangana is yet to be ascertained, the opposition is looking to bet on Nitish Kumar. Under this approach, it is necessary to break into the NDA led by BJP. But now all of a sudden the focus is on the upcoming presidential election.

The dream of becoming Prime Minister in the heart of Nitish Kumar can also be understood. Till now it was understood that there was an agreement between him and the BJP last year, under which the BJP despite Nitish Kumar’s Janata Dal-United got very few seats in the Bihar assembly elections held last year, Nitish Kumar made chief minister. Later Nitish Kumar will hand over the Chief Minister’s post to BJP and in return BJP will make him Vice President. Since the BJP seemed to be backing down, it was understood that Nitish Kumar, meeting Prashant Kishor, was trying to put pressure on the BJP to implement that agreement. But Nitish Kumar and the presidency? Nitish Kumar rightly said that he has neither any such idea in his mind nor has he imagined anything about it.

It has been possible for the opposition candidate to become the President only once.

So is it to be believed that the opposition wants to make Nitish Kumar a scapegoat under a well thought out policy, so that the NDA splits? It seems that the opposition has less love for Nitish Kumar and wants to use him, so that Modi becomes weak before the 2024 elections. Nitish Kumar has been at loggerheads with the BJP for some time now. It was being speculated that soon he would like to run the government in Bihar with the support of Rashtriya Janata Dal by saying bye-bye to BJP. Even this was understandable. It was only yesterday that the news came that Nitish Kumar will leave the BJP as soon as the Uttar Pradesh elections are over. It was okay to leave the BJP and remain the Chief Minister of Bihar or to challenge Modi as the prime ministerial candidate of the opposition, but Nitish Kumar and the Presidential candidate, the matter is not going down that after all, in the name of the opposition. Why would you sacrifice yourself?

Nitish Kumar is not so innocent that he should not have any idea that the opposition needs only one scapegoat which becomes halal in the presidential election and the opposition starts celebrating Eid before time. Nitish Kumar is educated and is 70 years old, but his memory has not weakened that he does not know that even if the BJP loses badly in the assembly elections of the five states that are going on at present, the possibility of which is very high. It is less, yet the candidate of BJP will become the next President.

In the history till date, only one such occasion has come when the candidate of the ruling party has been elected unopposed for the post of President. The story is from 1977. The ruling party Janata Party nominated Neelam Sanjiva Reddy as its candidate. 36 others had filed their nominations against him, all had their nomination papers rejected and Sanjiva Reddy became the first and so far the last candidate to be elected president unopposed.

When history is witness that it is impossible to win the Presidential election as an opposition candidate, is Nitish Kumar so innocent and nave to fall under the guise of the opposition? Since there is very little time left, it is expected that Nitish Kumar, who aspires to become Raja (Prime Minister), will not sacrifice himself in the presidential election under the guise of the opposition or Prashant Kishor. If Nitish Kumar’s intention is to commit political suicide, then the matter is different.

(The author is a senior journalist, the views expressed in the article are the personal of the author.)

Russia Ukraine Conflict: Will the need for QUAD countries against China force India to change its policies?

Russia Ukraine Conflict: Amidst the Russia-Ukraine war crisis, know what happens with a false flag attack?

Virat Kohli at the rate of PM Modi’s guru, preparations are being made for Australia