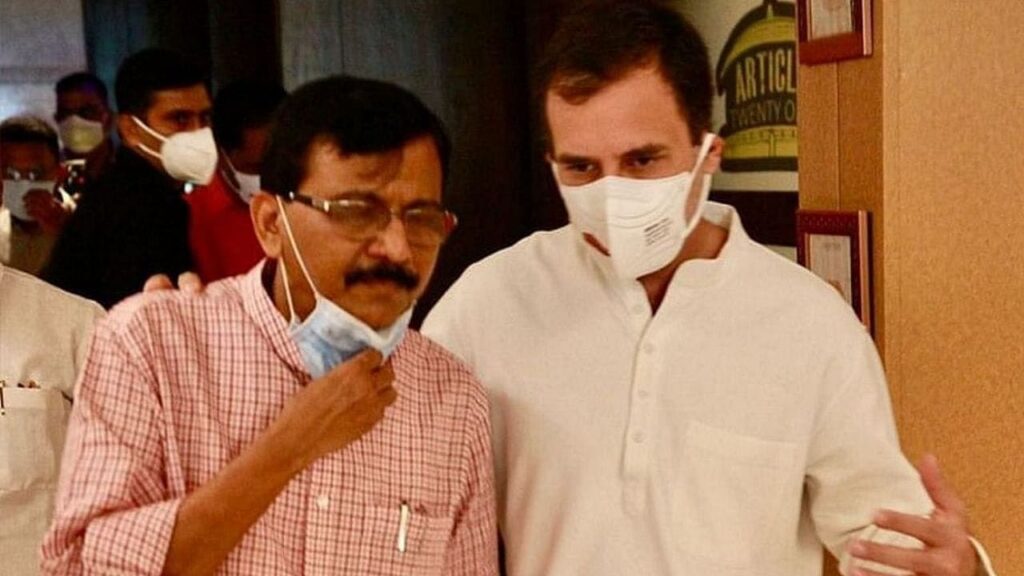 The chances of Shiv Sena joining the UPA have increased keeping in view the assembly elections in Uttar Pradesh, Uttarakhand, Goa, Manipur and Punjab to be held in 2022. Shiv Sena MP Sanjay Raut is scheduled to meet Rahul Gandhi tomorrow (Tuesday, 7 December) and Priyanka Gandhi on Wednesday.

Shiv Sena using Maha Vikas Aghadi in Maharashtra (Shiv Sena)Congress and NCP together formed the government. For this Shiv Sena came out of NDA in 2019. Shiv Sena’s UPA keeping in mind the assembly elections in Uttar Pradesh, Uttarakhand, Goa, Manipur and Punjab due in 2022 (UPA) Your chances of joining have increased. This information has been received by quoting sources. Shiv Sena MP Sanjay Raut is scheduled to meet Rahul Gandhi tomorrow (Tuesday, 7 December) and Priyanka Gandhi on Wednesday.

In view of the upcoming elections to the five states, Shiv Sena seems to be reaching a decisive conclusion. West Bengal Chief Minister Mamata Banerjee had targeted the UPA on her visit to Mumbai. He said where is the UPA today? Without taking the name of Rahul Gandhi, he had said that politics is not done by staying abroad for half the time.

After such statements of Mamta Banerjee, Sanjay Raut not only gave a statement but also made it clear by writing an article in Shiv Sena mouthpiece Saamana that if BJP is to be stopped from coming to power, then Congress is going to play an important role in it. . After this, Congress State President Nana Patole also welcomed and supported Sanjay Raut’s statement and the article written in Saamana. Earlier, Nana Patole has been criticizing Sanjay Raut. He also complained to Chief Minister Uddhav Thackeray about Sanjay Raut. He even said that who reads Saamana? It is becoming clear from all these things that Congress and Shiv Sena have come very close.

A few days ago, a picture of Rahul Gandhi placing his hand on Sanjay Raut’s back also went viral. In this picture, Sanjay Raut was seen listening to Rahul Gandhi with his ears. Now when Sanjay Raut will meet Rahul Gandhi on Tuesday and will meet Priyanka Gandhi on Wednesday, the news quoting sources is that there will be discussion about the inclusion of Shiv Sena in the UPA. Now the eyes of the whole of Maharashtra are fixed on this meeting.

Mumbai Omicron Guidelines: Due to the threat of Omicron, strict rules apply in Mumbai, leave the house only when complete vaccination has taken place; know everything