Fodder Scam: Lalu Prasad Yadav’s daughter Rohini got angry on getting punishment, targeted BJP – your oppression will be Lalu’s revolution 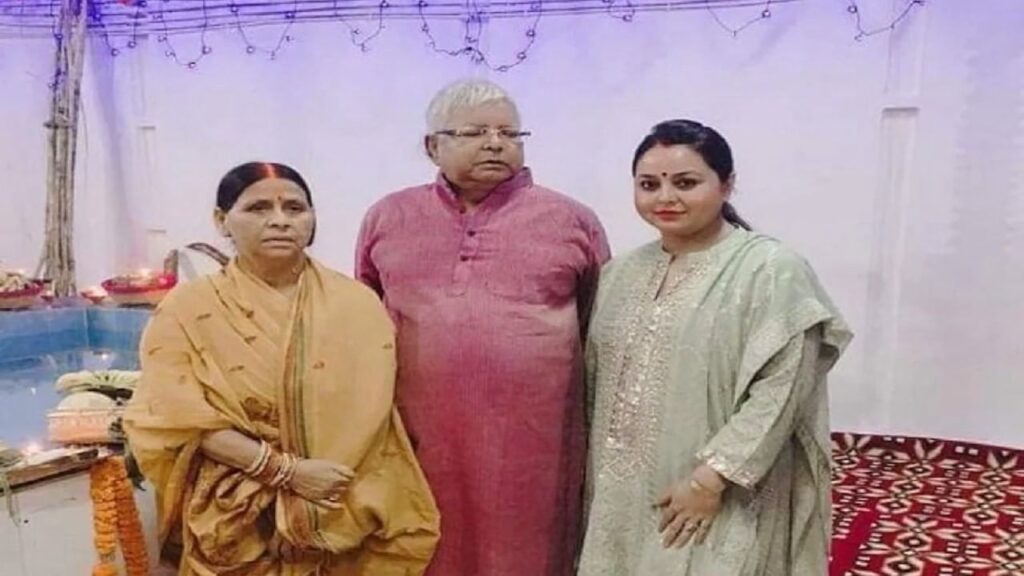 After Lalu Prasad was sentenced to five years in the 139 crore Doranda fodder scam case, his daughter Rohini Acharya has targeted the BJP by tweeting, Rohini has tweeted – ‘Lalu will not back down and will continue to raise the voice of social justice’.

The famous Doranda fodder scam of 139 crores carrying buffaloes by scooter (DORANDA Fodder Scam) in the case Lalu Prasad (Lalu Prasad) have been convicted in the special court of CBI. After this, the court sentenced him to five years and fined 60 lakh rupees. Lalu Prasad could not get bail due to the punishment of more than three years. After which they will have to approach the High Court. Here after the announcement of punishment on Lalu Prasad, there are attackers on RJD, BJP and Nitish Kumar. The conviction and sentencing in the court are being told by BJP and Nitish Kumar as a conspiracy. At the same time, Lalu Prasad has also targeted BJP by tweeting. He has written – ‘They cannot defeat, so they implicate with conspiracies.’ After the sentencing of Lalu Prasad, his second daughter Rohini Acharya has also targeted BJP by tweeting one after the other. And Lalu Prasad Yadav has been described as the messiah of the poor.

Rohini Acharya has tweeted – Your oppression will remain, Lalu’s revolution will be there. Rohini, who is vocal on Twitter, has made another tweet – Lalu will not back down and will continue to raise the voice of social justice. Rohini has said that the whole country is with Lalu Prasad – the whole country is with him, who is the voice of the poor, while targeting the opponents, Rohini Atariya has written that there is an outcry among the asmat thieves, shere bihar lalu se jo pala Is kept

Earlier, Leader of Opposition Tejashwi Yadav had said after the sentencing that after the fodder scam, there have been many scams in the country. But CBI, ED, Income Tax did not take any action on these scams. Tejashwi asked whether there was only one scam in the country. Has CBI forgotten people like Vijay Mallya, Nirav Modi? Tejashwi said that there have been so many big scams in Bihar, who will get the recovery of Srijan scam done.

Those who do the case are with them- Nitish Kumar

read this also: Bihar: Pappu Yadav’s pain on the sentencing of Lalu Prasad, said- even the family is not with him in the hour of crisis

read this also: Fodder Scam: Both sons attacked CM Nitish Kumar after Lalu was sentenced, said – sent to jail for being the leader of the poor