Explained: BJP has set a target of winning the assembly elections of all 9 states in 2023, know how possible this mission is 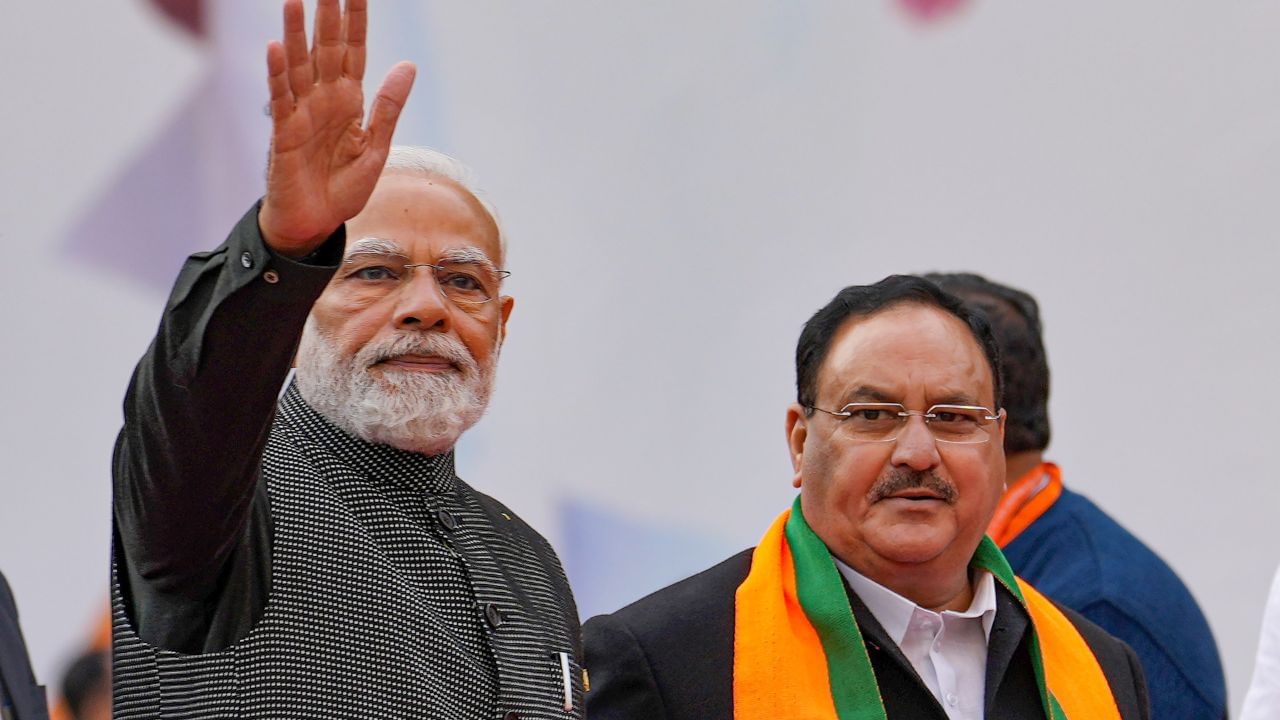 The decision of the saffron party to contest the elections alone may again increase political instability in the Northeast. Interestingly, Nadda mentioned only nine states. He did not mention the Union Territory of Jammu and Kashmir

National President of Bharatiya Janata Party (BJP) JP Nadda attended the two-day National Executive meeting held in New Delhi on Monday (January 16). He called upon the party members to win the upcoming assembly elections to be held in all states. nine states Assembly elections are to be held in Lok Sabha Elections Can decide the mood of the people, which will happen in April-May during the next year i.e. 2024.

Let us understand a little more…

Out of the nine states where assembly elections are to be held this year, BJP is in power in only three states and it got mandate only in Tripura. Apart from this, there is BJP government in Karnataka and Madhya Pradesh. However, in both these states, the BJP missed out on getting the mandate by a very small margin.

In other states, Rajasthan and Chhattisgarh, the Congress won power by defeating the BJP. Talking about Telangana, here the Telangana Rashtra Samithi (its name has now been changed to Bharat Rashtra Samithi) has retained its hold on power. The BJP could barely win a single seat in the 90-member assembly. At the same time, its vote percentage is also only 7.1 percent.

Government was formed for the first time in the Northeast

The BJP formed the government for the first time in the four northeastern states and won 36 seats, ending 25 years of Left rule in Tripura. The people of Meghalaya had given a fractured mandate, as no political party could win a majority. Couldn’t do it. The BJP, which won only six assembly seats, forged an alliance with various local parties to form the government under the leadership of National People’s Party leader Konrad Sangma. Also, BJP itself became a part of this alliance.

Talking about Nagaland, the BJP-led NDA won the 60-member assembly. Of these, 12 seats went to the BJP. At the same time, the local ally National Democratic Progressive Party (NDPP) played an important role in the formation of the new government. The BJP could win only one seat in the 40-member assembly of Mizoram. However, the party’s local ally, the Mizo National Front, won 26 seats.

Why is the issue such a big deal?

BJP President JP Nadda’s call to ensure victory in all 9 states is completely optimistic. In fact, if the party’s performance remains the same as in 2018, then it is possible. However, BJP may have to struggle to retain power in Tripura, while BJP’s condition is slightly worse in both the states of Karnataka and Madhya Pradesh.

Even though the vote share of BJP has increased in Telangana during the last five years. If this can happen in this election also. Despite this, winning will be a miracle. Given the factionalism of the Congress party in Rajasthan and the history of the state, the return of the BJP is possible here. Actually, voters in Rajasthan prefer to give a chance to the party present in the opposition every time and the government here has been changing every five years for the last three decades.

Screw can get stuck here

Nadda’s appeal to the workers for victory in all the 9 states needs to be analysed. In such a situation, there is speculation that the BJP may break ties with its local allies in all the states of the Northeast. The popularity of the BJP has increased in the Northeast, but not to the extent that it can single-handedly gain power in Meghalaya, Nagaland and Mizoram. .

Seeing its increasing popularity, BJP may try to find an opportunity. She may try to see how far she can go by contesting elections alone before joining hands with local political parties. BJP’s thinking behind this may be that if it does not get a clear majority, then at least its Chief Minister must be a part of the coalition governments.

The decision of the saffron party to contest the elections alone may again increase political instability in the Northeast. Interestingly, Nadda mentioned only nine states. He did not mention the Union Territory of Jammu and Kashmir, which will face its first assembly elections this year after being stripped of full statehood and converted into a Union Territory.

Nadda made this announcement

Nadda made this announcement in front of PM Modi and Home Minister Amit Shah. Does this mean that the central government is not in a mood to hold elections in Jammu and Kashmir this year as well and is planning to hold it along with the Lok Sabha elections in 2024? Or could it be that the BJP has already reached this conclusion. It has been said that even after the bifurcation of the state into two Union Territories and the disputed delimitation of assembly constituencies, there is no hope of winning it in Jammu and Kashmir. However, BJP’s detractors say that the division of the state and the disputed delimitation was done by the saffron party for its own benefit. Be that as it may, it is clear that the BJP has set itself an impossible mission in 2023.

(Disclaimer: The views expressed in this article are of the author. Tv9 does not represent the views and facts of this article.)

Film on ‘Operation Ganga’, PM’s glimpse in poster, story of return from Ukraine will be shown