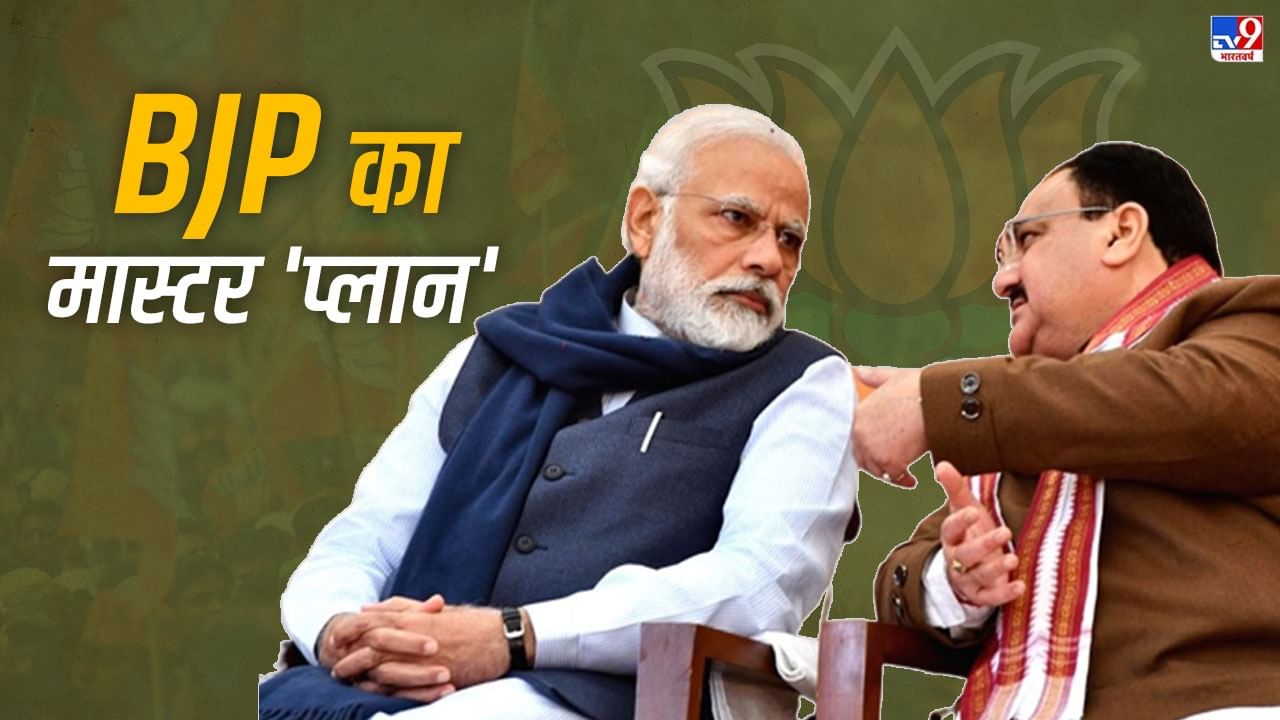 The nine states where elections are to be held in the year 2023 are Tripura, Nagaland, Meghalaya, Karnataka, Mizoram, Chhattisgarh, Rajasthan, Madhya Pradesh and Telangana. There are many states in these where there is no BJP government yet. Here BJP does not want to leave any stone unturned.

BJP National Executive PM Modi Has given the message of the next election to the senior leaders of the party. National President JP Nadda Has reiterated its resolve to register victory in the elections to be held in all the 9 states.

The nine states where elections are to be held in the year 2023 are Tripura, Nagaland, Meghalaya, Karnataka, Mizoram, Chhattisgarh, Rajasthan, Madhya Pradesh and Telangana. There are many states in these where there is no BJP government yet. In such a situation, the top leadership of BJP wants to start preparing for the elections from now itself. Let us know when the elections will be held in these states and who is going to make BJP its face this time.

Elections can be held here before December 2023, there is a Congress government here and Ashok Gehlot is the CM. Like Himachal, there is a system of change of power in Rajasthan after every five years. In this sense, BJP is looking strong here.

Who will be the face : In the last election, BJP contested here under the leadership of Vasundhara Raje, this time also Vasundhara Raje can remain the face of BJP in the state. However, due to internal factionalism in the party, the face can also be changed. If this happens, BJP State President Satish Poonia and Union Minister Gajendra Singh Shekhawat can be the face of BJP.

Here are the issues: Here the party is on the issue of unemployment and loan waiver of farmers and OBC which BJP wants to capitalize on.

Elections can be held in the state by October 2023, there is a BJP government here and Shivraj Singh Chouhan is the Chief Minister. Last time the Congress formed the government here.

Who will be the face :In the last election, Shivraj Singh Chouhan could not win the BJP, due to this the Congress formed the government, although only after about 14 months, the BJP captured the power through political manipulation. Shivraj Singh Chouhan has become CM four times so far. This time also the same will be the face of BJP in the elections.

Here are the issues: BJP will enter the electoral fray by making the issue of double engine government and development.

There is a BJP government in the state and Basavaraj Bommai is the CM, there is a possibility of elections in March-April. The tenure of the government is ending in May.

Who will be the face : The BJP high command has already made it clear that Bommai will be its face in Karnataka this time too. Yeddyurappa, a member of the Central Parliamentary Board, will act as a guide. In the last election, Congress formed the government in Karnataka as in Madhya Pradesh. However, in the 2019 Lok Sabha elections, the BJP toppled the Congress government here too through manipulations.

Here are the issues: Here BJP will enter the electoral fray on the issue of conservation of culture, distribution of Kaveri water including double engine government and development.

There is a TRS government and Chandrasekhar Rao is the CM. Elections can be held here in October-November. Last time BJP was at number three here, but this time it has openly made up its mind to challenge TRS.

Who will be the face : BJP leader K Laxman has already claimed that Telangana is a fertile state for BJP after Karnataka, this time the BJP government will be formed here. The special thing is that BJP’s Laxman or party president B Sanjay Kumar can be made the face in Telangana.

Here are the issues: In terms of urbanization, the population of Telangana is dependent on Hyderabad only. Other cities have not developed. SC and SST community is fighting for basic amenities. BJP is making them an issue.

There is a Congress government here and Bhupesh Baghel is the CM, elections can be held here in the month of October. In such a situation, BJP has already started election preparations.

Here are the issues: There are many issues including regularization of employees and reservation on which BJP will contest in this election.

Elections may be announced here in the beginning of February, the tenure of the government is coming to an end in May, there is a BJP government and Dr. Manik Saha is the CM.

Who will be the face : In May last year itself, the BJP had given the command of the state to Dr. Saha in place of Biplab Kumar Deb. At that time he was also the state president, now BJP has appointed Dr. Rajeev Bhattacharya as the new president. This time also BJP will make Dr. Manik Saha the face of CM.

There is a Mizo National Front government in the state and Zoramthanga is the CM here. Elections can be held here in November.

Who will be the face : In Mizoram, BJP has announced to contest elections on all the seats. It is not yet clear who will be the face of the BJP, but it is believed that Mizoram BJP President Vanlalmuaka will be given this responsibility. was played

Here are the issues: The Assam-Mizoram border dispute and Myanmar refugees are the two big issues here, on which the BJP will contest the elections.

Elections can be held in the state in March or before, there is a coalition government under the leadership of the National People’s Party, whose CM is Conrad Sangma.

Who will be the face : BJP has been a partner in the coalition government here, but for the last few days the party is attacking the CM. Meghalaya in-charge M Chuba AO himself has also said that it is not yet decided whether BJP will contest elections in alliance or separately, if BJP will contest elections separately then M Chuba AO will be the face of the party.

Here are the issues: Due to being in the government, BJP does not have any concrete issue here, but here the party is accusing the CM of not being able to run the government.

Elections can be held in the state in February-March, where the BJP is in the government with the National Democratic Progressive Party (NDPP). Neiphiu Rio is the CM here.

Who will be the face : In Nagaland, BJP will contest elections with the alliance, so the face will be Refuge Rio, if for some reason the BJP separates, then BJP State President Temjen Imna Along can be made the face.

Here are the issues: BJP will contest elections on the issue of Naga political issue, permanent peace and prosperity and development in Nagaland.

What is green hydrogen and how much will it change, which was mentioned by PM Modi