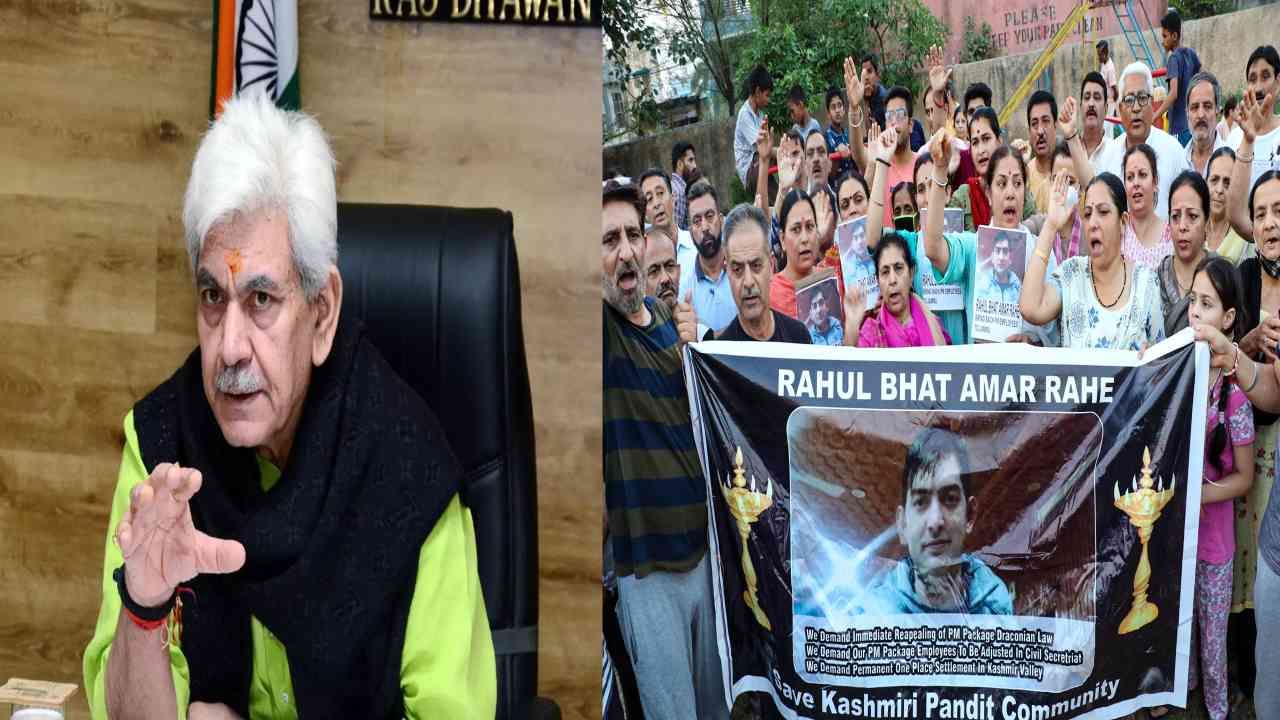 BJP state president Ravindra Raina said that Pakistan-sponsored terrorism has given pain to both Hindus and Muslims. Everyone has suffered. Migrant workers working in militancy affected areas in Kashmir should be transferred to safer areas.

A BJP delegation met LG Manoj Sinha in Srinagar regarding the security of Kashmiri Pandits and people belonging to minority communities in the Valley. During this, the delegation visited Kashmiri Pandit employee Rahul Bhatt (Rahul Bhat KillingCondemn the killing of ) and Kashmiri Pandits working under PMRP in Kashmir (Kashmiri Pandit) Emphasized on providing safe accommodation for the employees. Manoj Sinha said, this is a very unfortunate incident. Our deepest sympathies are with the family of Rahul Bhatt. A meeting was held for the security of those who are engaged in government jobs as well. We have formed a SIT in the matter which will investigate all the facts.

On the other hand, BJP state president Ravindra Raina said that Pakistan-sponsored terrorism has given pain to both Hindus and Muslims. Everyone has suffered. Migrant workers working in militancy affected areas in Kashmir should be transferred to safer areas. He said that the Lieutenant Governor has assured that he will form a nodal cell to ensure the safety of the employees. No resignation will be accepted. He will visit the camps to meet them. KP employees will stay here. Strict efforts will be made to stop the targeted killings.

‘These attacks are equivalent to an attack on India’

Ravindra Raina also expressed displeasure over the killing of Kashmiri Muslim SPO Riyaz Ahmed Thakor by terrorists and said that terrorists cannot disrupt peace and development process with their heinous acts. These attacks are equivalent to an attack on India, which will be given a befitting reply. Terrorists are getting frightened by the successful action one after the other by the security forces and hence are doing such cowardly acts. The terrorists will be wiped out soon. Bhat, who got the job of a clerk under the special employment package for migrants in Jammu and Kashmir in 2010-11, was shot dead by terrorists in Chadoora town of Budgam district on Thursday.

A Gupkar spokesperson had said, “The PAGD leadership has approached the Raj Bhavan for a meeting with the Lieutenant Governor of Jammu and Kashmir and we will urge them to resolve such issues.”