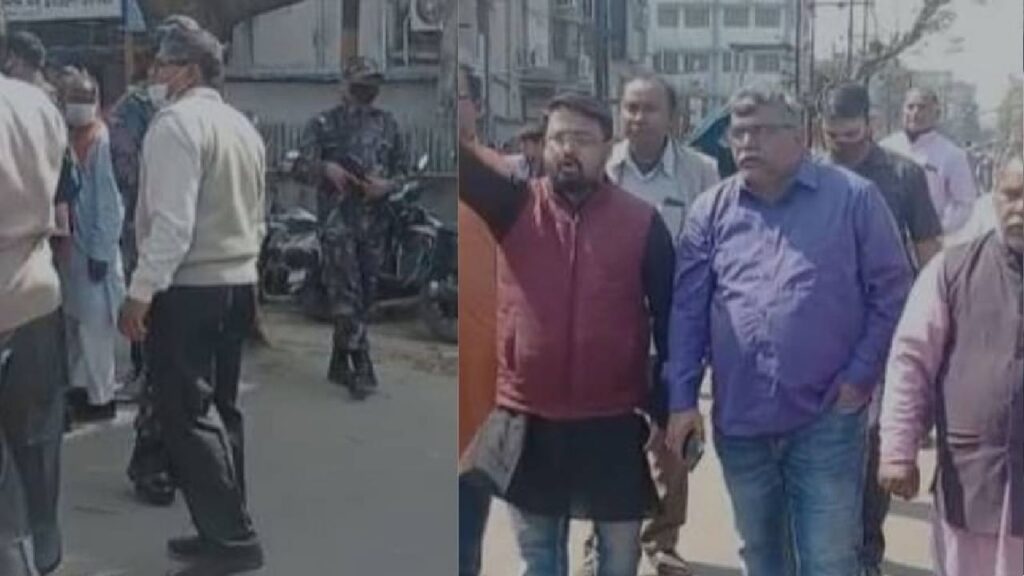 West Bengal Municipal Election: On February 27, Bengal BJP has again approached the High Court demanding the deployment of central force in the proposed 108 municipal elections in Bengal. BJP is continuously alleging rigging in the elections.

Elections to 108 municipalities in West Bengal on February 27 (Bengal civic elections ) in the central force (Central ForcesOn the demand of deployment of Bengal BJP, Calcutta High Court (Calcutta High Court) filed the case. Along with this, the BJP has demanded the central forces to verify the identity cards of voters and appoint a neutral observer and a neutral micro observer during the elections. The matter is likely to come up for hearing tomorrow. On the other hand, Bengal BJP leaders protested in Asansol, alleging rigging of four municipal elections including Asansol. BJP leaders demonstrated under the leadership of former Mayor Jitendra Tiwari.

The West Bengal State Election Commission (WBSEC) has announced the conduct of elections to 108 municipalities on February 27. The entire election process will be completed by March 8. Significantly, the elections to Kolkata Municipal Corporation along with 112 other civic bodies were to be held in April-May 2020. It was postponed due to the COVID-19 pandemic.

BJP demonstrated in Asansol on the allegation of rigging

On February 12, BJP supporters demonstrated in front of the DM’s office, alleging rigging in the Asansol Municipal Corporation elections. A clash broke out between BJP supporters and the police over the demonstration. Tension prevailed over the protests led by Jitendra Tiwari. BJP supporters had tied a bandage on their ring finger. He alleged that the democratic rights of the common man have been taken away. A tamasha has been done in the name of vote. In protest, BJP leaders and workers submitted a memorandum to the District Magistrate’s office. Jitendra Tiwari and Krishnandu Mukherjee scuffled with the police in front of the District Magistrate’s office to hand over the memorandum. BJP workers started arguing with the police. The protesting workers sat on a dharna on the road.

Jitendra Tiwari said, “I have handed over the deputation today. We have told the District Magistrate that the way booths were rigged, raids were conducted. The candidate was kidnapped. Asansol election should be cancelled. Elections will be held again. We will publish the documentary within seven days. Will show the people here how violence has taken place on election day.” Let us inform that on the day of election on February 12, news of sporadic unrest came to light in Asansol. There was even firing in two wards. However, the commission said that no bullet was fired. Despite this, BJP candidates demanded re-election in Asansol.