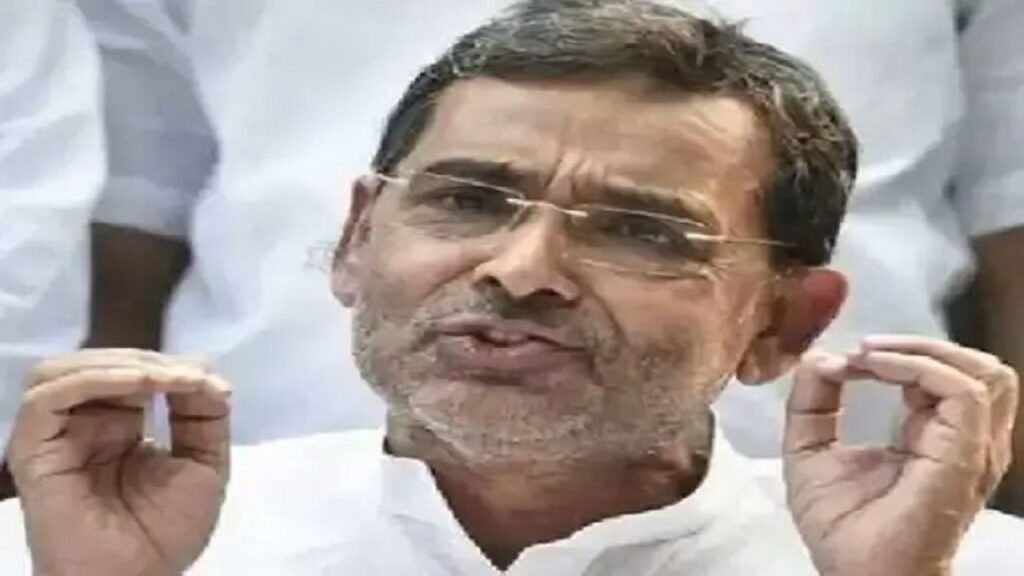 Upendra Kushwaha, who has been attacking BJP leaders for the last few months, has attacked BJP and JDU (BJP).JDU) has told the relationship between father and son. Kushwaha has said that there is a father-son relationship between BJP and JDU. In which a son is demanding this from his father. Upendra Kushwaha has said this in a program organized in Lakhisarai. Kushwaha said that despite being a part of NDA, JDU is continuously demanding special status for Bihar. which is not wrong. Because the way a son demands something from his father. Similarly, JDU along with the people of Bihar is demanding special status for Bihar from the Prime Minister of the country for the development of Bihar. Earlier, Kushwaha said that the Bihar government under the leadership of Chief Minister Nitish Kumar is continuously doing good work in every field. There has been a lot of development in all the areas. Despite this, Bihar is far behind as compared to developed states. He stressed that in the interest of Bihar, the central government should give special status to Bihar without any delay.

Upendra Kushwaha has been continuously attacking the BJP leader for the last few days. In the case of Emperor Ashoka, the mutual conflict between the two parties became public. So at the same time, the BJP leader had also tried his best to surround the government after his death due to spurious liquor. After this, Upendra Kushwaha had described as disappointing that Bihar did not get special status after the general budget.

Bihar gets more money than Maharashtra

On the allegation of not giving special status to Bihar, BJP state president Sanjay Jaiswal said that Bihar gets more money from the center than Maharashtra, but the state government is not able to use that money. Sanjay Jaiswal said that the population of Maharashtra is one crore more than Bihar, yet Bihar gets 31 thousand crores more than Maharashtra. Bengal is also a backward state like Bihar, but Bihar also gets 21 thousand crores more than that.

read this also: Bihar: Former IPS officer Amitabh Das alleges! The girls of the women’s remand home in Patna told the names of 4 ministers: Where is the supply of girls

read this also: Bihar: These are the new guidelines regarding schools, malls-gyms, cinema halls to open from today after the pace of Corona slows down