Bihar MLC Election: Talk made on seat sharing in NDA regarding MLC elections, BJP-JDU will fight on so many seats out of 24 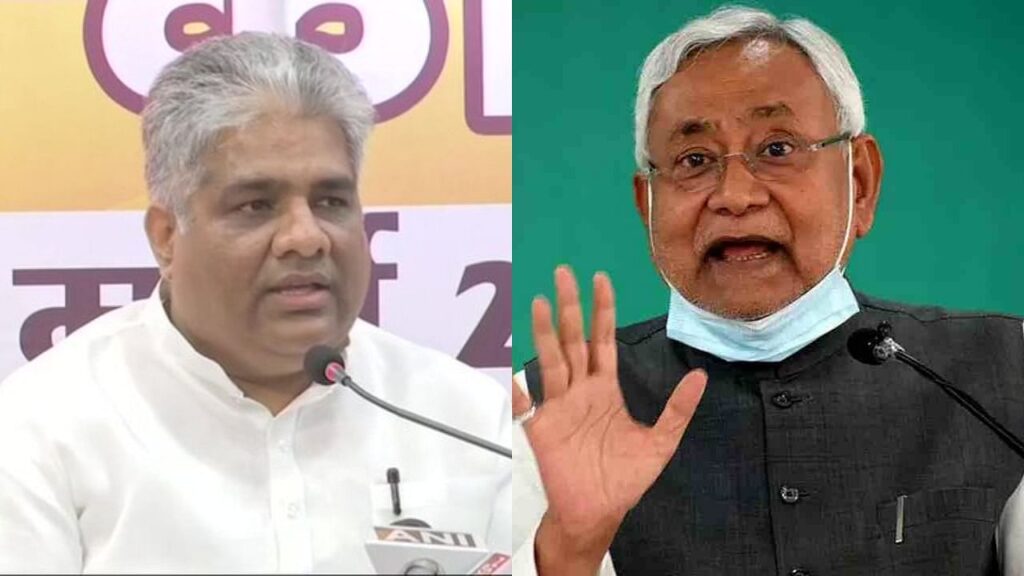 Now it has become clear how many seats JDU and BJP will field their candidates in the Bihar MLC election. An official announcement has been made by Bhupendra Yadav regarding this.

The official announcement of sheet sharing formula in NDA for Bihar MLC elections has been done. (Photo ANI)

Elections to be held on 24 seats of Bihar Legislative Council (Bihar MLC Election) The picture has become clear. It has been officially stamped that the NDA (NDAWhat will be the formula for sheet sharing in . It has become clear from this that how many seats BJP and JDU will fight in MLC elections. Bihar BJP in-charge Bhupendra Yadav (Bhupendra YadavIt has been informed that JDU will be given 11 seats and BJP 13 seats and one seat from its quota will be given to Pashupati Paras of RLJP.

Union Minister and Bihar BJP in-charge Bhupendra Yadav had reached Patna on Friday to discuss seat-sharing between JDU and BJP in the MLC elections. After that Bhupendra Yadav met CM Nitish Kumar for talks on seat sharing. This was discussed between the two in the CM House. Quoting media reports, it was already being said that there is almost a talk about seat sharing in NDA. Let us inform that Bihar in-charge and Union Labor Minister Bhupendra Yadav along with BJP State President Dr. Sanjay Jaiswal had reached Patna on Friday.

‘BJP-JDU will contest these seats’

MLC Election Bihar | Janata Dal United (JDU) will contest on 11 seats, BJP on 13 seats and will give one seat to RLJP (Pashupati Paras) from its quota: BJP in-charge for Bihar, Bhupendra Yadav

Legislative Council elections to be held on 24 seats.

According to sources, everything had already been finalized regarding seat-sharing in NDA for MLC elections. Only this was yet to be officially approved. For a long time, talks were going on between BJP and JDU regarding MLC elections. However, now it has become clear that in how many seats JDU and BJP will field their candidates in the Bihar MLC elections. An official announcement has been made by Bhupendra Yadav regarding this.

Also read- BIHAR: Buxar Poisonous Liquor Case: One son did not even return home after cremation, the other son also died, both were government teachers

Also read-RRB-NTPC Result: Who instigated the students regarding RRB NTPC result and Group D exam, what is Khan sir’s role?