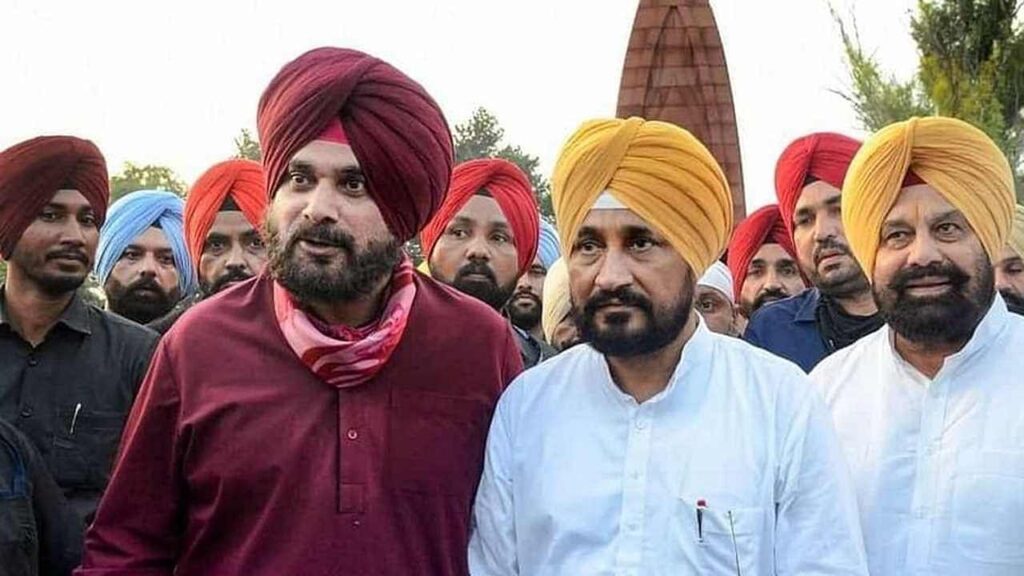 Punjab CM Channi has made himself popular among a large section of the party during the last few months through his goodwill and conduct. Being from the Dalit community, his claim gets stronger. At such a time, the confusion of the party can be harmful.

In September last when Charanjit Singh Channi (Charanjit Singh ChanniWhen he became the Chief Minister of Punjab, the Congress was looking uncomfortable. This was the period when Congress, its state president Navjot Singh Sidhu (Navjot Sidhu) And the then Chief Minister Captain Amarinder Singh was going through a heated argument. The Captain had to abruptly and informally leave his post. After this, the demand for the face of the Chief Minister for the upcoming elections in Congress gained momentum when AAP (AAP) The party, which is seen as the frontrunner in the electoral race, has declared Bhagwant Mann as the CM candidate. After the Amarinder episode, there was a revolt of sorts within the Congress, which is still facing a tough situation because of Sidhu and Channi’s claims for the chief minister’s post.

Channi, who belonged to the weaving community of Sikhs, remained ahead in this race. And everyone in the party feels that with Punjab having the highest density of Dalits in comparison to the entire country – around 34 per cent according to the 2011 census – Channi will lead the Congress in the upcoming elections.

Announcing relief in electricity bills and hike in DA for government employees, Channi started working in her own style. Channi claims that the electricity charge in his state is the lowest in the country. Along with this, he also decided to end the government’s agreement with the private power plant at Goindwal Sahib, which gives electricity at Rs 6-7 per unit.

Apart from this, he promised to reconsider power agreements with two other private thermal plants, for this he talked about bringing necessary bills. He also gave a new slogan – “Navi Soch, Navan Punjab”. However, later a new spat broke out between Channi and Sidhu when the CM refused to accept the resignation of Advocate General APS Deol. Apart from this, Sidhu also wanted to remove the then DGP Iqbal Preet Singh Sahota, because he believed that Sahota showed leniency in the matter of sacrilege. Deol was angry with the statements of other Congress leaders including Sidhu. However, the government and the Chief Minister kept silent on the issue of his resignation. According to party sources, Channi was unhappy with Sidhu because of the constant attack on him.

Sidhu remained angry over issues such as “not taking action” on top Shiromani Akali Dal leaders, hiring a private company for the party’s election campaign and Channi ignoring Sidhu’s 18-point agenda. At one point, the situation got so bad that Sidhu even resigned from the post of party chief, but he calmed down after being persuaded by the party high command. After this the issue of the chief ministerial candidate came to the fore, with some senior party leaders alleging that Sidhu wanted to create a “faction” within the party that would support his candidature for the post of CM.

During a media interaction last month, Sidhu even said that,

“The face of the CM will be chosen by the public, not the high command”. This statement of Sidhu was considered as an attempt to challenge the top leadership of the party. At a time when elections are due in a few days, Sidhu’s relentless campaigns to get the CM’s chair have created a sense of dissatisfaction within the party.

But if the Congress comes to power again after the voting to be held on February 20, then the issue of CM’s post will be important. Most senior state leaders are clear about this. They are liking Channi. Many party leaders, whether privately or publicly, have expressed their views in favor of Channi. They argue that Channi has “proved” himself in the last three months after taking over as CM in September. Senior party leader and minister Brahm Mohindra says that in the 2012 and 2017 elections, the party had declared the chief ministerial candidate. He further says that Channi has proved himself in this role. Talking to PTI, he said, “No one in the party should be confused in declaring the name of CM candidate, as Channi has proved himself more than everyone’s expectations.”

Channi is an educated person and holds several academic degrees. Through his goodwill and demeanor, he has made himself popular among a large section of the party over the past few months. Being from the Dalit community, his claim gets stronger. According to the 2011 Census, Punjab has the highest Dalit density, although the community’s vote has been divided, while Mayawati’s party, the BSP, also has a presence here. Despite being in power here, the Congress is accused of instability, while it has a majority of 77 seats out of 117 assembly seats, so projecting Channi as the CM candidate will help the Congress to avoid this allegation. Anyway, the Congress has already lost several months in the struggle to show unity in the state unit.

The most important part of Channi’s personality is that he is free from any kind of family or political burden. On several occasions of differences with Sidhu, he did not show any arrogance, although he kept on silently conveying that he was the most suitable choice for the post of CM. Even in the Amarinder cabinet, Channi was known as the “man of the common man”.

Many remember his work when he visited Kharar (near Chandigarh) to meet the agitating unemployed youth or when he used to meet late at night with truck owners and drivers facing transportation problems. . These people believe that Channi is the best option for the post of CM from the party. Channi showed his intellectual stability even when his brother Dr. Manohar Singh’s name was not in the first list of party candidates. In a party known for giving tickets to relatives of politicians, Channi’s silence sent the right message that he believed in maintaining balance.