Jaishankar and Barebock will meet today, relations with China and Russia-Ukraine war will be discussed! 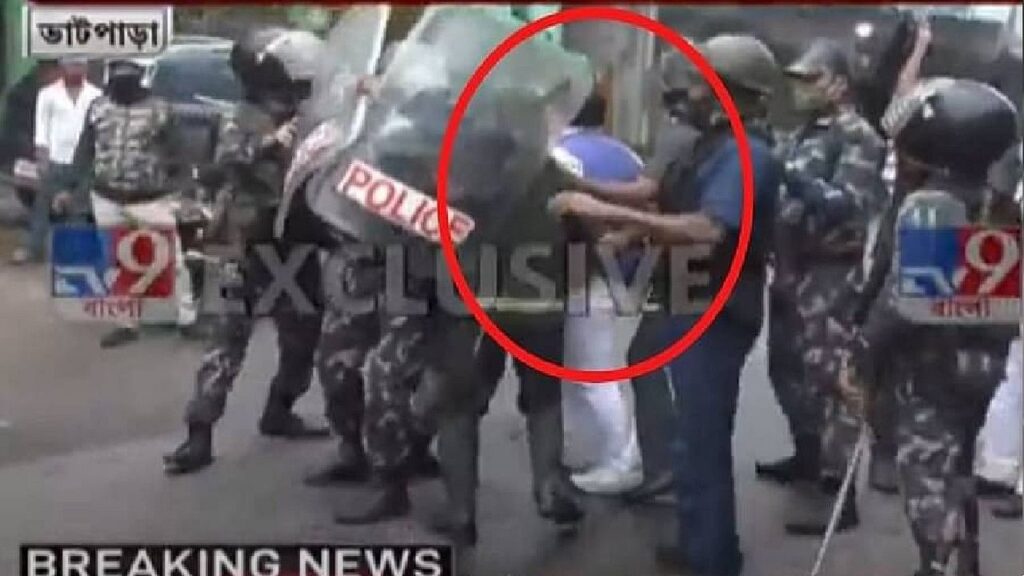 On the occasion of the birth anniversary of Netaji Subhash Chandra Bose, Bhatpara (North 24 Parganas)TMC BJP Clash in BhatparaArjun Singh, BJP MP from Barrackpore (Arjun Singh) and in the case of clash with his MLA son Pawan Singh, Union Home Minister Amit Shah (Amit Shah) complained about. After the alleged attack on MP Arjun Singh by Trinamool workers, Union Home Minister Amit Shah also called Arjun Singh and went to his well being. The two talked on the phone for about 10 minutes. At the same time, an FIR has been registered against MP Arjun Singh and MLA Pawan Singh. Gopal Raut, administrator of Bhatpara Municipality, has filed a complaint. A case of assault, assault and firing has been registered. On the other hand, the BJP MP has also lodged a complaint against five Trinamool leaders. A complaint has been lodged against Bhatpara’s administrator Gopal Raut, Amit Saw, Arun Saw and Noor Alam.

On the other hand, BJP slammed the Mamata Banerjee government after its Lok Sabha MP from Barrackpore, Arjun Singh, was allegedly attacked by Trinamool Congress (TMC) workers in Bhatpara, Kankinara area of ​​North 24 Parganas district on Sunday. BJP said that West Bengal has become lawless under the leadership of Mamata Banerjee.

Bengal BJP vice-president and Lok Sabha MP Singh said on Twitter, “TMC goons attacked me in Kankinara when I arrived for an event on the birth anniversary of Netaji Subhas Chandra Bose. TMC wants to isolate. She wants Bengal BJP leaders to be afraid of her hooliganism, but it is not possible to stop me.” At the same time, Amit Malviya, co-in-charge of Bengal BJP and head of the party’s IT cell, said, “West Bengal has become lawless under the leadership of Mamata Banerjee. Under his watch, post-election violence, in which men were crippled and killed, women were raped. There is not a day when their goons don’t lose their cool.”

Netaji’s statue was attacked during garlanding

BJP MP Arjun Singh was attacked while garlanding the statue of Netaji, fortunately he was caught by the police. While sharing a video of the alleged attack on Arjun Singh, BJP national spokesperson Sambit Patra said, TMC and their goons have made Bengal a symbol of political violence under Mamata didi’s government. When the MPs elected by the people in Bengal are not safe, will the people of Bengal be safe from TMC goons! He said that this mob attack on MP Arjun Singh is a symbol of the law and order model of Bengal. Here, quoting Arjun Singh’s tweet, BJP’s national vice president Dilip Ghosh said, “TMC is trying to establish a party system by killing democracy in West Bengal.”

PAK: Imran’s open warning, said- fix the date of election, otherwise we will dissolve the assembly

The agency said that the names of those who have been hanged are Hussain Ordokhanzada,…

Jaishankar and Barebock will meet today, relations with China and Russia-Ukraine war will be discussed!

A spokesman for Germany’s Federal Foreign Office in Berlin said cooperation in the energy sector,…

Regarding the incident, Chief Inspector of Mines Ghani Baloch said that an inquiry has been…