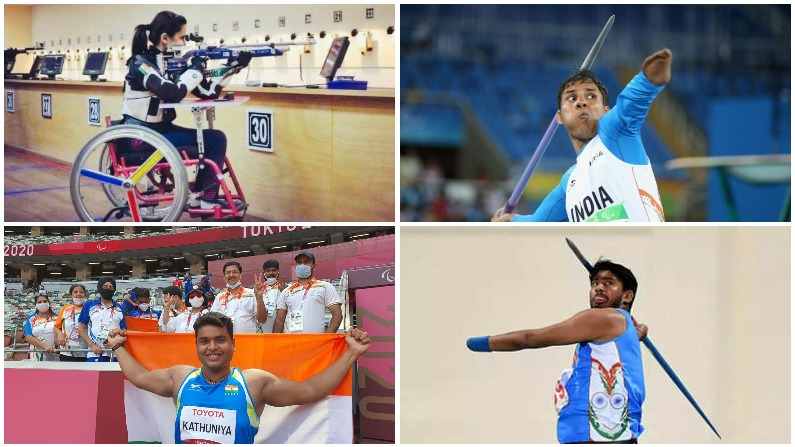 From shooting to javelin, Indian Para athletes waved their flag. The value of the tricolor was kept so much that it has been only 6 days but 7 medals have fallen in India’s bag.

You must have heard when the day is made. But if you want to see it, then look at the success of India in the Tokyo Paralympics on Monday morning. The flag of India was raised in Tokyo on the day of Janmashtami. From shooting to javelin, Indian Para athletes waved their flag. The value of the tricolor was kept so much that it has been only 6 days but 7 medals have fallen in India’s bag. Of these, 4 medals have been achieved by India in three games played in a span of just 2 hours on Monday.

India registered a golden victory in women’s shooting. Won the silver medal in the men’s discus throw event, while the silver in the javelin throw also won the bronze. That is, every color of the medal that you want to see was seen in India’s bag. Now India will swing on such success. Will celebrate. And so it is happening.

India’s female shooter Avani Lekhara, who created a Paralympics record in the 10m air standings, registered a golden victory for the country. Avani Lekhara scored 249.6 points in the final, which is a new record in the history of Paralympics. It is also equal to the world record. This was Avni’s first Paralympics and in her very first attempt, she told that she has come here not to gain any experience but to aim for the medal and while doing the same she made the country proud.

Yogesh Kathuniya enthralled India with his stunning victory in the final of the men’s discus throw event. Yogesh Kathunia won silver for India in the F56 category. He performed his season best to achieve this success. Yogesh took the country silver in the Tokyo Paralympics by measuring 44.38 meters.

Also read: At the age of 8, he lost his hand, yet the spirit could not be broken, Corona also became a hindrance, now Nishad became an example in Paralympics