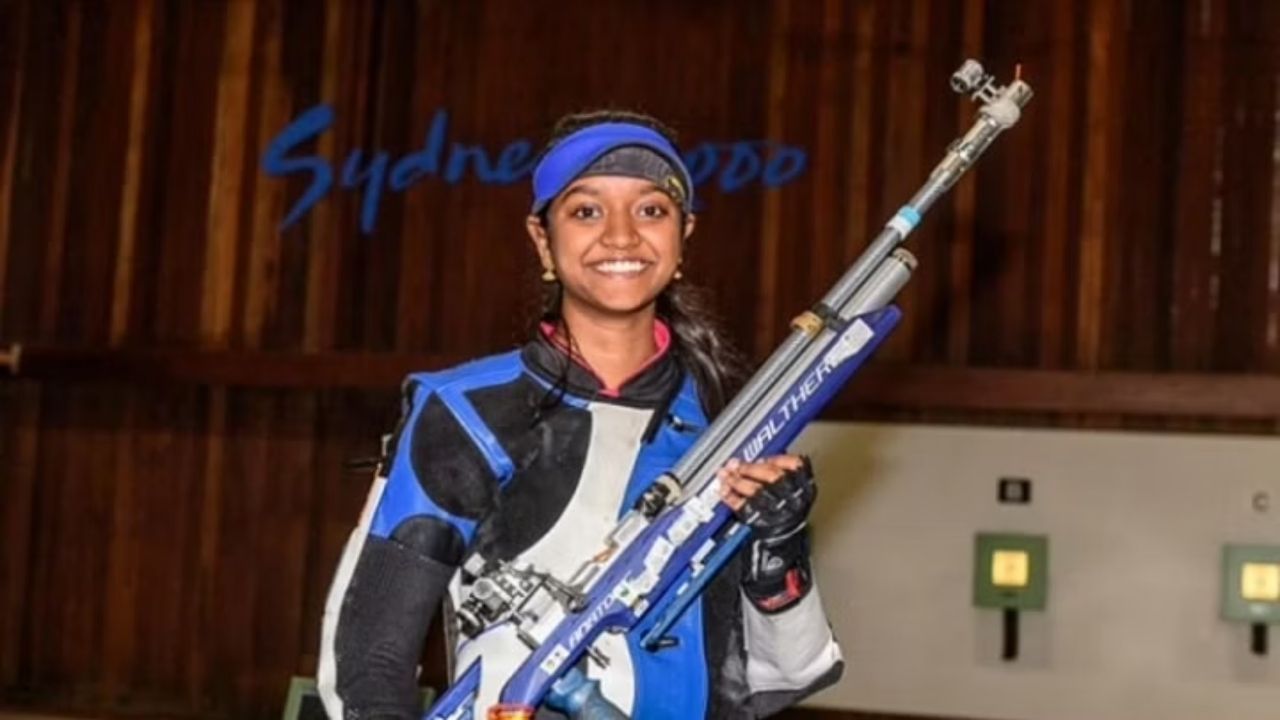 The Indian women’s shooting team had secured the first position in the qualification at the ISSF World Cup and the trio continued their form in the final.

Indian shooters wave their flag wherever they go. In every World Cup, Indian shooters come after winning medals and give the country a chance to be proud. This time too the story is no different. Indian women shooters have done wonders. India opened its account with a gold medal in the women’s 10m air rifle team event at the ongoing ISSF World Cup in Baku, Azerbaijan. The trio of India’s Elavenil Valarivan, Ramita and Shreya Agarwal did this wonders and put gold in the country’s bag.

In the first qualification, the Indian team secured the first position by scoring 944.4 points. In the second qualification she finished second behind Denmark. In the men’s air rifle team event, India’s Rudraksh Patil, Partha Makhija and Dhanush Srikanth defeated Croatia in the bronze medal bout. Lost by 16. The Indian rifle team is at the fifth position in the medal tally while Serbia is at the top.

Rudraksh missed a medal in the Junior World Cup

Earlier in Baku too, Indian shooter Rudraksh Balasaheb Patil had missed out on a medal in the Junior World Cup. The young shooter continued his good form by making it to the last eight stages of the men’s 10m air rifle event of the combined ISSF World Cup. He finished seventh in the final. Rudraksh was the winner in the same event of the Junior World Cup three weeks ago. He finished fourth in the qualification round of 78 shooters with a score of 628.8, with Serbia’s Lazar Kovacevich on top with 630.6. This player won the gold medal in the final. Lazar Kovacevich (261.8 points) won gold, Croatia’s Miran Marisich won silver and Kazakhstan’s Islam Usanov won bronze.


Other Indians in this event were Deepak Kumar 15th, Partha Makhija 26th while deaf Olympic champion Dhanush Srikanth finished 35th. In the women’s 10m air rifle event, none of the shooters made it to the next stage.

Budget 2023: What will be the effect on those who buy a new phone, will the pocket be loose or will there be savings?

It is important to know the difference between ITR 1 and ITR 2, income tax notice can be stopped if wrong form is filled