Flour, pulses and rice are lying in Pakistan, gold is being sold for 16 lakhs 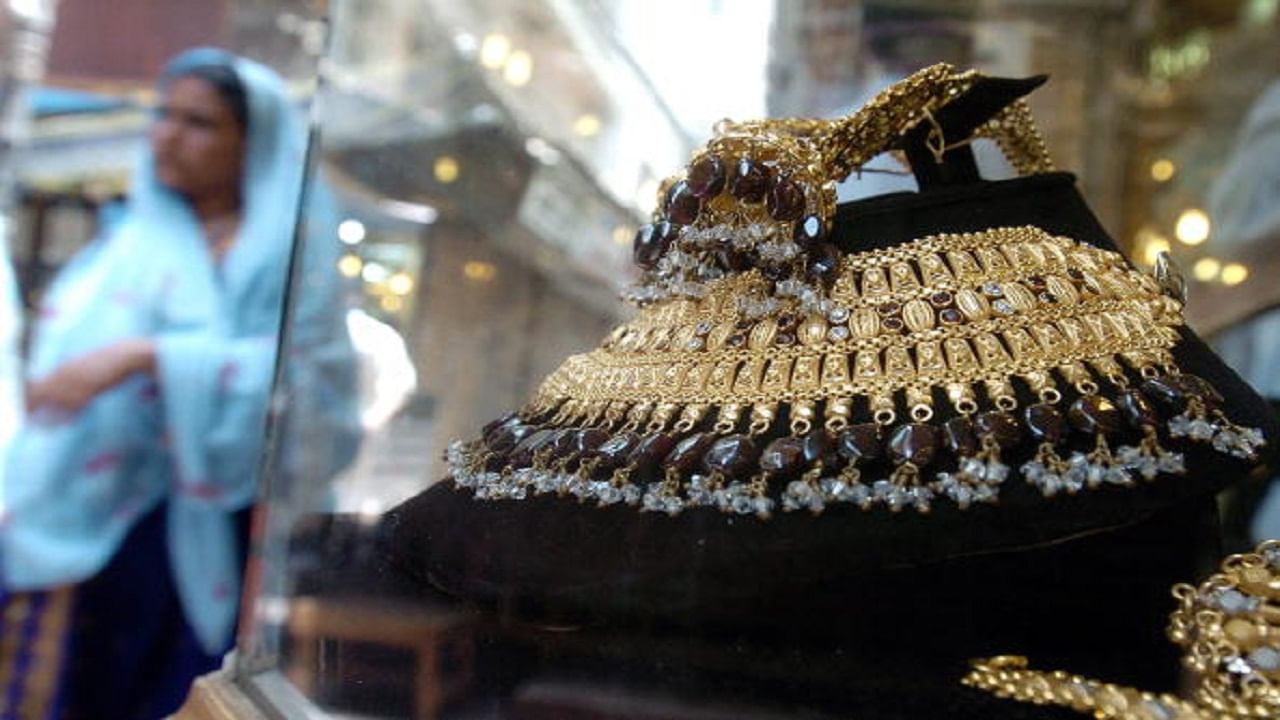 Gold Price in Pakistan : The condition in Pakistan is not hidden from anyone. The prices of flour, pulses, rice and other essential commodities have skyrocketed. The reason is that there is a huge shortage of all these items here. On the other hand gold prices (Gold Price) It has reached around Rs 16 lakh per 100 grams. While the price of one 10 tola gold has come down to Rs 18,45,000. Let us also tell you at what level the gold prices have come in Pakistan.

Meanwhile, in the domestic market, silver fell by Rs 20 per tola and Rs 17.15 per 10 grams to close at Rs 2,080 and Rs 1,800.41, respectively. Last week, gold prices remained volatile, the precious commodity recovered during the first three sessions, however, it regained its sheen. Gold is considered as a safe haven in times of inflation. Which has reached the high level of multi decades on both weekly and monthly basis. Investors are pouring money into the precious yellow metal to hedge their positions as the economic crisis coupled with political upheavals have increased the appeal of the metal.

Amidst the deepening food crisis in Pakistan, people were seen chasing trucks carrying sacks of wheat. National Equality Party Jammu Kashmir Gilgit Baltistan and Ladakh (JKGBL) President Professor Sajjad Raja shared the video on Twitter and wrote that this is not a motorcycle rally, but people in Pakistan are chasing a truck loaded with flour,

In the hope that they will be able to buy only one packet of flour. Do we have any future in Pakistan? This video is just a glimpse of what is happening in Pakistan. In the video, people are seen chasing a truck carrying sacks of flour. One of the men approaches the wheat truck, shows the money and asks for a packet of flour.

Increase in the price of 15 kg flour bag

According to the report of ARY News, at present, a 15 kg bag of flour is being sold in Pakistan for Rs 2,050 after an increase of Rs 150. So far, a rise of Rs 300 has been seen in the price of 15 kg flour bag in just two weeks. Whereas, there is no change in the prices in the open market. The government has also failed to provide basic amenities to its people, which has forced citizens to use plastic bags to meet their LPG (cooking gas) needs.

Pakistan’s economy is in serious trouble due to high inflation, decreasing foreign exchange reserves. Pakistan’s inflation rate reached 24.5 percent in December last year due to a huge jump in the prices of food products. According to the Pakistan Bureau of Statistics, the prices of wheat increased by more than 57 percent, while the prices of wheat flour have also seen an increase of 41 percent.