Diamonds in kilos and gold in tons, yet this man used to take bath wearing clothes to save money 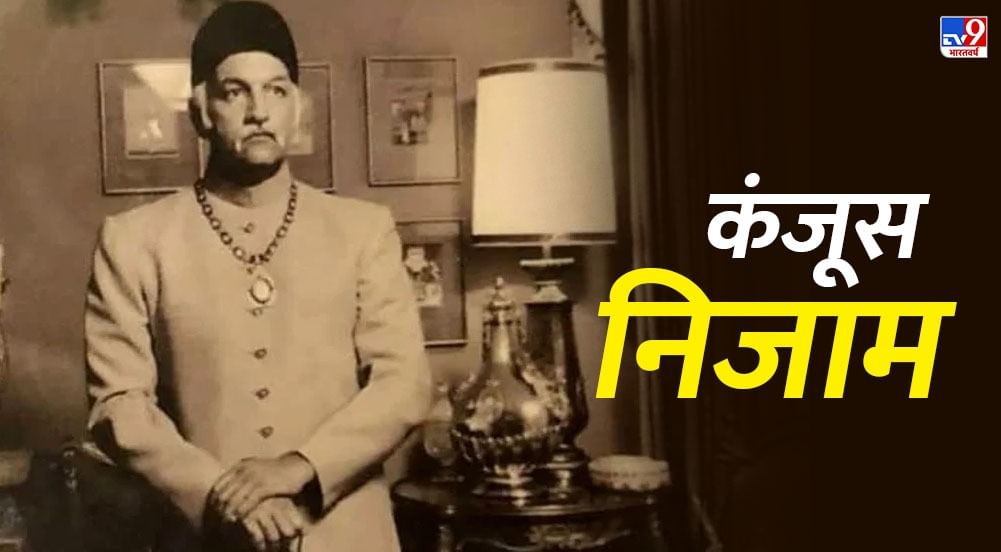 Mukarram Jah’s grandfather and the seventh Nizam of the princely state of Hyderabad, Mir Osman Ali Khan, was the richest man in the world. In 1954, he declared Mukarram Jah as his successor.

Mukarram Jah was the last Nizam of Hyderabad.

Diamonds should be so much that they can be weighed in kilos. Pearl spread across acres and gold The rods were so many that their weight could not be measured even in tons. If someone has so much wealth and still that person takes bath wearing clothes to save the cost of washing clothes, then what would it be called? You will be shocked to know that the person who does this himself Hyderabad Of last nizam mukarram jah Were brave.

Hyderabad’s last Nizam Nawab Mir Barkat Ali Khan Valashan Mukarram Jah Bahadur, the owner of immense land-property and diamond-gems, has died in Turkey on Saturday itself. where he had been living for the last several years. He will be handed over to Hyderabad on Wednesday. With this many unresolved questions of his life and inherited wealth will be buried.

grandson of the richest man in the world

Mukarram Jah’s grandfather and the seventh Nizam of the princely state of Hyderabad, Mir Osman Ali Khan, was the richest man in the world. In 1954, he declared Mukarram Jah as his successor. He is called the eighth and last Nizam of Hyderabad.

About Mukarram Jah, John Zubridzky, author of the book The Last Nizam: The Rise and Fall of India’s Greatest Princely State, wrote that for years I read stories of a strange ruler of a Muslim province who had diamonds by the kilo, pearls by the acre. And had tons of gold bars but still he was so stingy that he used to take bath wearing clothes to save on laundry expenses.

was born in france

Mukarram Jah was born in 1933 in France. His mother Princess Durru Shevar was the daughter of Abdul Majeed II, the last Sultan of Turkey (Ottoman Empire). Mir Ayub Ali Khan, a senior journalist and an expert on the culture and heritage of Hyderabad, said that Prince Mukarram Jah was formally called the Prince of Hyderabad until 1971 when the government abolished the titles. According to Khan, the seventh Nizam had chosen his grandson as his successor instead of his son, Prince Azam Jah Bahadur. Mukarram Jah became the eighth Nizam on the death of the last former ruler of Hyderabad in 1967.

Mukarram Jah initially went to Australia, later settled in Turkey. Zubridzky wrote of his meeting with Mukarram Jah in his two-room flat in Turkey, I had heard incredible stories of a court in the Australian desert where an Indian prince was invited to sit on the trunk of a beautifully decorated elephant. Instead chose to drive a diesel powered bulldozer. He has written that I had heard about a recluse living in Turkey who brought two suitcases and many broken dreams.

Where did the property go?

Mukarram Jah first married Turkish princess Isra in 1959. In an interview published in yaundi.com, Princess Isra talked about her married life in Hyderabad. She describes how preserving inherited properties and family palaces became her passion. She said, I always wanted to do something for the city but it was a bit difficult because my husband’s grandfather was alive when I got married and there were many restrictions on me. After his demise though, we could do a lot but then there were many problems: the tax was 98 per cent, then our privileges and land were taken away.

Princess Isra said in the interview, Later, I got divorced and after 20 years Mukarram Jah asked me to come back and help him as he was surrounded by many problems. When I came back, the whole palace looked as if Nadir Shah had plundered Delhi there. Nothing was left, everything was taken. Describing her efforts to repair Chowmahalla Palace and Falaknuma Palace, the princess had said, it was our duty.

The body will be taken to Chowmahalla Palace

First of all, the mortal remains of Mukarram Jah will be taken to the Chowmahalla Palace. His body is being brought here by plane. Jah’s body will be kept at the Khilwat Palace on January 18 from 8 am to 1 pm where people will be able to pay their last respects. According to a statement issued by Mukarram Jah’s office, he will be laid to rest at the Asaf Jahi graveyard here. According to the statement, according to his wish to be handed over to India, his children will come to Hyderabad today with the body.