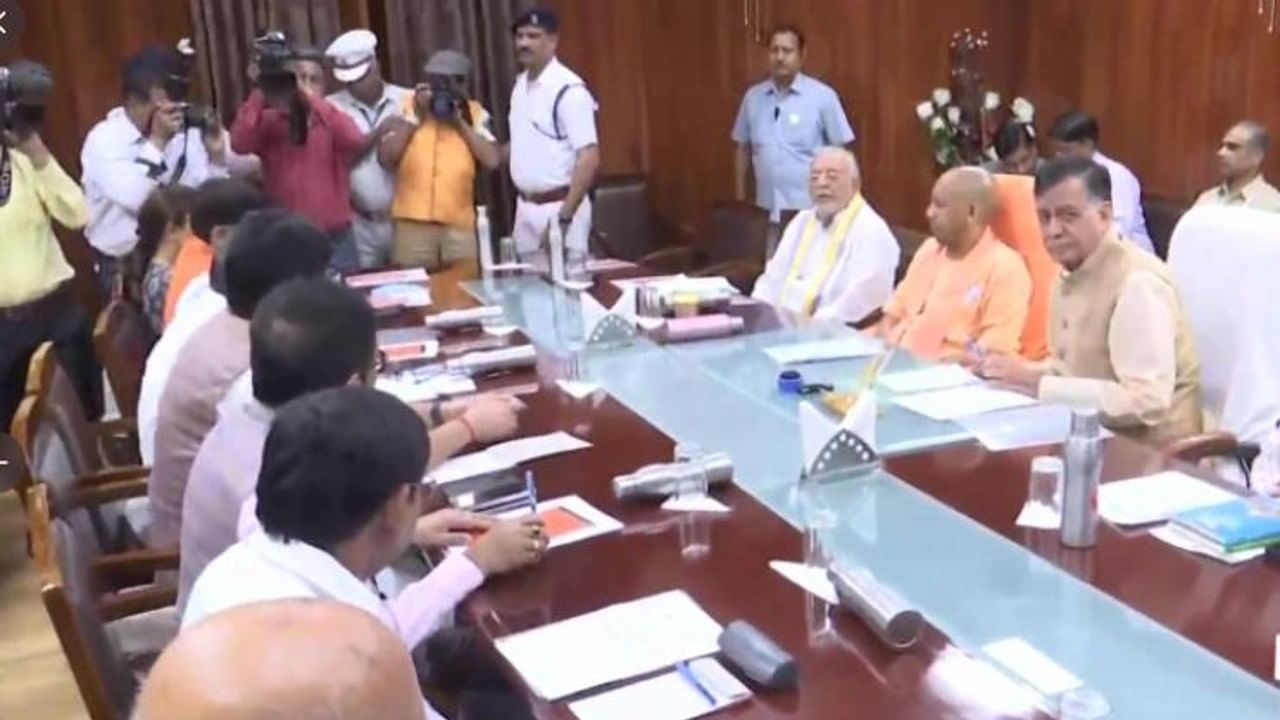 BJP meeting ahead of budget session in Lucknow (Photo- ANI)

The budget session is likely to be uproar because SP and other opposition parties, already attacking the government on various issues including inflation and law and order, will try their best to surround the government in the House on these issues.

Uttar Pradesh (Uttar Pradesh) BJP regarding the budget session of the assembly starting from tomorrow (BJP) called a meeting of the legislature party today. Chief Minister Yogi Adityanath in this meeting (Yogi Adityanath) also joined. In addition to the MLAs, members of the Legislative Council also participated in the meeting. Talking to the media after the meeting, Suresh Khanna, a minister in the UP government, said that we hope that tomorrow the house will run in a peaceful atmosphere with great decency. This session is likely to be a tumultuous one and a stronger opposition led by the Samajwadi Party (SP) will try to corner the state government on various issues including law and order and rising inflation.

Budget session likely to be uproar

The budget session is likely to be uproar because SP and other opposition parties, already attacking the government on various issues including inflation and law and order, will try their best to surround the government in the House on these issues. SP MLA from Sisamau seat, Haji Irfan Solanki said, “We will surround the government in the house. The current government is responsible for inflation ranging from petrol and diesel to food items. The law and order situation in the state has deteriorated. The health sector of the state is going through a bad phase and the relatives of patients are being assaulted in the hospitals. The situation is very serious. We will raise all these issues in the assembly and seek answers from the government.”

People upset due to rising inflation and unemployment – Congress

Congress MLA from Farenda seat of Maharajganj, Virendra Chaudhary said, “People of the state are very upset due to rising inflation and unemployment. These are issues that we will raise in the House and seek answers from the government.” Bahujan Samaj Party’s lone MLA Umashankar Singh said, “I will try to raise the problems of the people of the state, as the government is neglecting them. Inflation is the main problem. Apart from this, power cut is also a major problem. There is very little electricity in the villages of the state. Even in the VIP areas of the capital Lucknow, there is power cut.

Significantly, the BJP has 255 MLAs in the 18th Legislative Assembly of the state. Apart from this, there are 12 members of its ally Apna Dal (Sonelal) and six from Nishad Party. On the other hand, the opposition has become stronger this time. The main opposition party SP has 111 MLAs, while its ally Rashtriya Lok Dal has eight and Suheldev Bharatiya Samaj Party has six. Congress and Jansatta Dal have two members each from Loktantrik and one member of Bahujan Samaj Party.