Your mobile will be charged by air, the battery of the laptop lying in the room will also become full… it is not a wonderful thing! 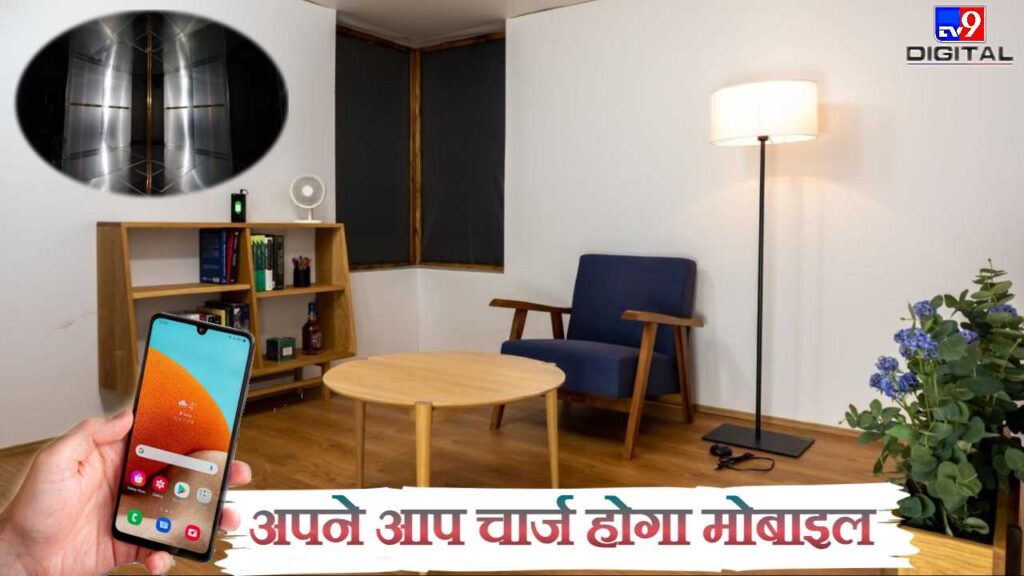 Wireless Charging Technique: The aluminum test room was prepared for the wireless room, in which power lamps, mobile phones, etc. were charged by placing them at different places in the room.

Mobiles, laptops, etc. will automatically be charged in the wireless charging room (Image credit: The University of Tokyo)

Laptop-Mobile Charging by Air in Wireless Charging Room: What do you do if you have to charge mobile phones, laptops, bluetooth earphones, speakers or other gadgets? Mostly you will be charging it with electricity through a charger. May be some people say that they charge with battery charger or solar charger or from power bank. That’s not it!

But can you imagine that your mobile, laptop or other gadgets will be charged by air? No charger, plug, cable or USB port required. Can you imagine that the battery of these gadgets lying in a room will automatically get full? Looks impossible doesn’t it! But the scientists of Japan have made it possible!

Mobile-laptops will be charged by air

What you read above is true. news.umich.edu According to the report, scientists from Japan have prepared a wireless charging room, in which the gadgets will be charged from the air itself. You will not need a charger, plug, cable etc. to charge your laptop and mobile phone etc. Scientists from Tokyo University of Japan have designed a 10 by 10 feet wireless charging room, which gives up to 50 watts of power.

According to scientists, its testing has been done. An aluminum test room was prepared for the new wireless room, in which power lamps, mobile phones, etc. were charged by placing them at different places in the room.

no danger to humans

As far as the cost is concerned, according to the scientists, it is difficult to say right now how much it will cost to prepare the wireless charging room. The reason is that this technology is still in its initial stage and is going through many changes.

How long will you be able to use?

Scientists say that this technology is still in its initial stage and a lot of work is yet to be done. In such a situation, it will take a few years for the common man to have access to this technology. Researchers say that in the next phase of research, efforts will be made to make it more secure.

There is also a controversy regarding wireless charging technology. According to a study, magnets and coils are used in wireless charging. It has also been used in some Apple devices. It is said that it can switch off pacemakers and other devices installed in heart patients, which will have the potential to end the life of the patient.

However, according to researcher Allenson Sample associated with this research, the risk of this happening with new technology is negligible. Since magnets are not being used permanently in wireless charging rooms, there is no danger to human health. According to Allenson, in this technique a low-frequency magnetic field will be created, which can transfer power to the device.

Also read: This ‘worm’ became the enemy of life, deaths due to ‘mysterious’ fever… know everything about it