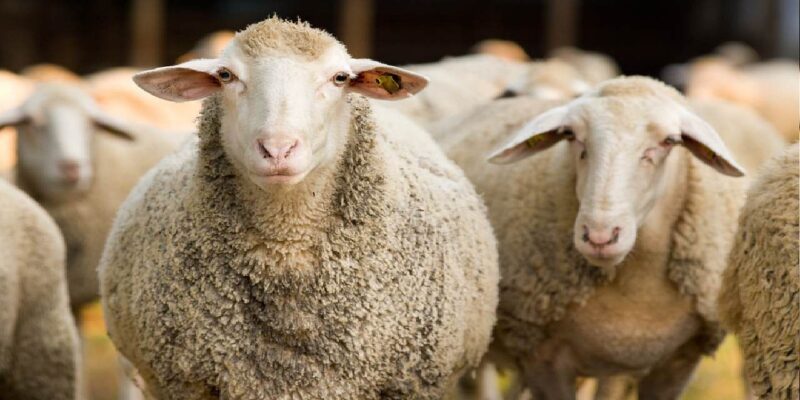 Farmers of India do animal husbandry along with agriculture, animal husbandry becomes a source of additional income for them. The farmers of the country mostly use cow, buffalo and goat for use in agriculture. However, there are many states where sheep rearing is done on a large scale. Sheep rearing can be a better option of earning for small and marginal farmers as the cost is very less. Because sheep feed their stomachs by eating wild grass or weeds, the farmers are saved the cost of feeding in sheep rearing. This business has seen a lot of growth in the last few years.

Sheep grow at a fast pace

Sheep are mainly reared for wool, meat and milk. Sheep meat is considered very nutritious. But most of the demand for wool is there, for this sheep rearing is done. The physical development of sheep is very fast. Apart from this, its maintenance cost is very less. According to the 20th Animal Census in the country, there are more than 10 million sheep in the country. In fact, in many ways, sheep rearing is much easier than other animals, because sheep are smaller in size. Due to which they can be easily followed in less space. Apart from this, it can be reared in any climate.

how to do sheep farming

Sheep rearing is done in almost all the countries of the world. Sheep rearing has been going on in India for centuries. In this case, India is the third largest sheep rearing country. The sheep farming business is increasing continuously in the country. Therefore, if you also want to do sheep rearing, then get complete information related to it.

Financial assistance by the government for sheep rearing

Read also: Fish farming: Invest 25000, will earn in lakhs, know everything about it

Islamic State’s dreaded terrorist Sami Jasim was caught by Iraq, US had kept a reward of Rs 37 crore

Good news for farmers! Hybrid seed mini kits will be distributed for free in 343 districts of 15 states