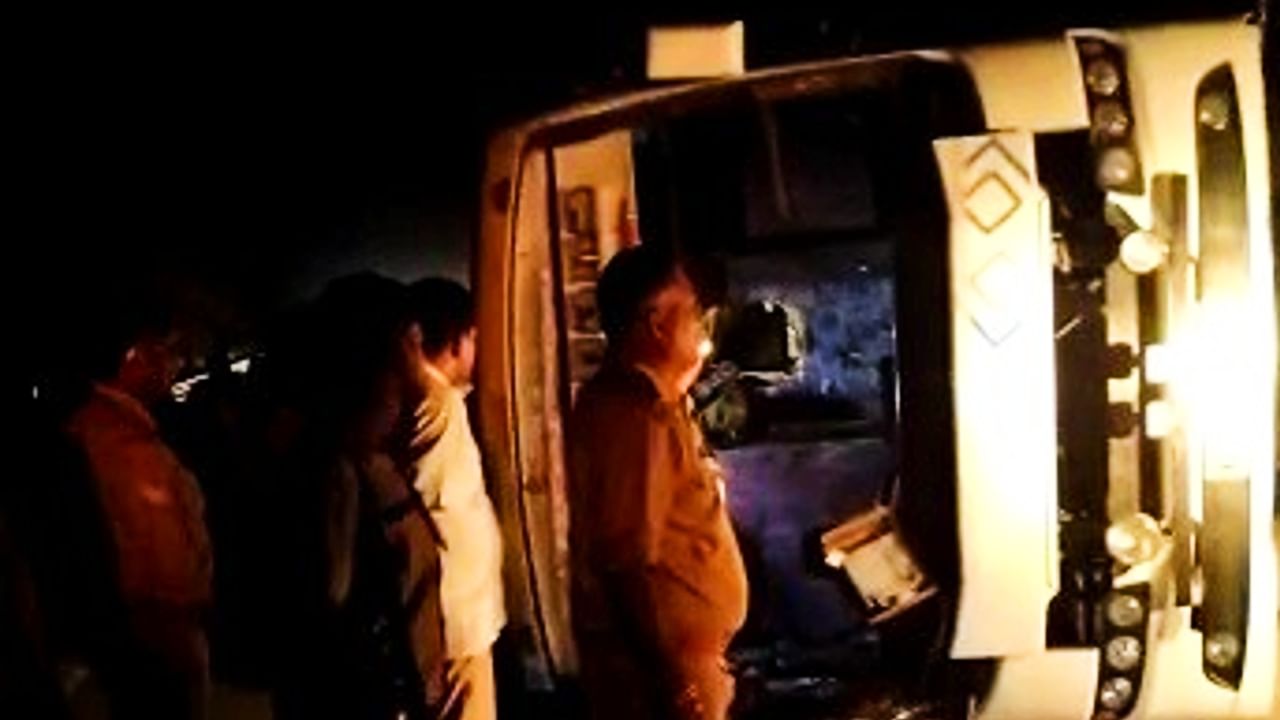 A major accident happened on Yamuna Expressway last night. Here at 133 Milestone, a dubber-decker bus went out of control and collided with the divider. After that the bus overturned. Several passengers are reported to have been injured in the accident.

Yamuna Expressway (Yamuna Expressway) But the chain of continuous accidents continues where on one side the express daily accident (Accident) events are reported. On the other hand, the number of deaths is also seen. However, a day earlier, there was a terrible accident at 66 Milestone of Yamuna Expressway Naujheel. In this accident, 3 people died on the spot and 32 people were injured. Only after this, another incident of accident comes to the fore last night which happened under Baldev police station area. A terrible accident was seen at 133 Milestone of Yamuna Expressway in Baldev police station area. Where last night at around 1 o’clock a boarded bus full of passengers (Bus Accident) turned and there was a call all around.

Dozens of passengers were seriously injured when the bus overturned. Thankfully, no death has been reported from any of the passengers. The double decker bus was going from Delhi to Jaunpur last night at 133 milestone of Yamuna Expressway. There were about 35 passengers in it. In the same night, the double-decker bus suddenly collided with the divider and overturned during the collision. In this, 35 passengers on the bus have been badly injured. However, it is being told that out of 35 passengers on the bus, 20 people have been injured and the condition of 5 people is serious.

On receiving information about the incident, the police reached the spot, started a rescue operation and rescued the passengers in the bus. Also the injured were admitted to nearby hospitals. Where he is being treated and a crane was called for to clear the way and the bus was straightened. Also, the route has been started smoothly. Giving more details about this, SP Dehat Sreeschandra said that more than the capacity was kept on the roof of the bus. Due to this the balance of the bus deteriorated and due to overloading, it collided with the divider.