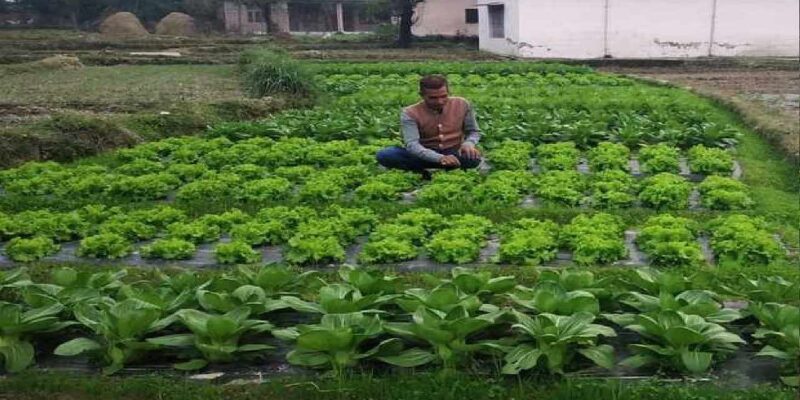 These days zero budget natural farming is being done with loud noise in Himachal Pradesh. Especially women farmers are coming forward in this. Earlier in the news, we told you how women are earning well from this farming. The success of some such farmers is also mentioned in this news. Now chemical free farming is being done under Zero Budget Natural Farming. Now foreign farmers have also started coming here to see this technique of chemical-free farming.

Vegetable cultivation is being done with organic manure

Yashe Dolma is a woman farmer from Spiti. In the high altitude village of Spiti, women like Yashe Dolma are setting an example of their kind by replacing the use of chemicals with “gaumutra” or cow urine. Yashe Dolma tells that she does not use any medical spray in her farm. Instead a ‘gomutra’ (cow-urine) based product has been recommended by the agriculture department. It is a magical household product which is highly useful for growing healthy and safe vegetables in an environment free from any pollution and use of fertilizers. Dolma and others like her are now cultivating vegetables like broccoli, peas, spinach and radish by adopting organic manure. Which are in high demand in the market because they are free from chemicals.

Do organic farming on 30 bighas of land

Som Kishan, a resident of Karsog, has also adopted ZBNF. Those who started organic farming in 2002, now grow garlic and crops like peas and tomatoes on their 30 bighas of land. He said that this technology has “no input cost. We have three indigenous cows at home and we do not buy any seeds or inputs. Thus, whatever we earn from sales is our net profit. That’s the beauty of ZBNF

foreign farmers are coming to learn

As per Outlook, the zero budget farming strategy has attracted a lot of attention and now foreigners are also turning to Himachal Pradesh to seek suggestions from farmers. Carol Durand, 28, from Aveyron, France, is in Himachal Pradesh with her 36-year-old friend, Shehzad Parbhu, to gain first-hand knowledge of low-cost natural farming techniques being promoted by the state government. This technique developed by Subhash Palekar (Padma Shri awardee) has been named ‘Subhash Palekar Natural Farming’ (SPNF) in Himachal Pradesh. After training conducted by the State Project Implementation Unit (SPIU) of the Department of Agriculture, 1,33,056 farmers on 7609 hectares have adopted it partially or fully.

Carol is a nurse and came to India five years ago because she was interested in yoga. For the past three years, she, along with Prabhu, a management professional, has been exploring the possibilities of non-chemical agriculture as a livelihood option. Durand said that “my grandfather, who was a strawberry farmer in Correz in France, died of brain. Because strawberries required frequent chemical sprays. Chemical farming has caused great damage to the health of the farmers of that area. Parbhu and Carol earlier this month met several farmers in Himachal who are doing natural farming of vegetables, cereals, pulses and fruits in parts of their land in Kangra, Mandi, Shimla and Solan districts.

Petrol Price Today: The rise in oil is not stopping, the price of petrol in Delhi has crossed Rs 103, know the rates of your city

In Jharkhand, a young man became a farmer leaving his engineering job, helping doubling the income of farmers with his model