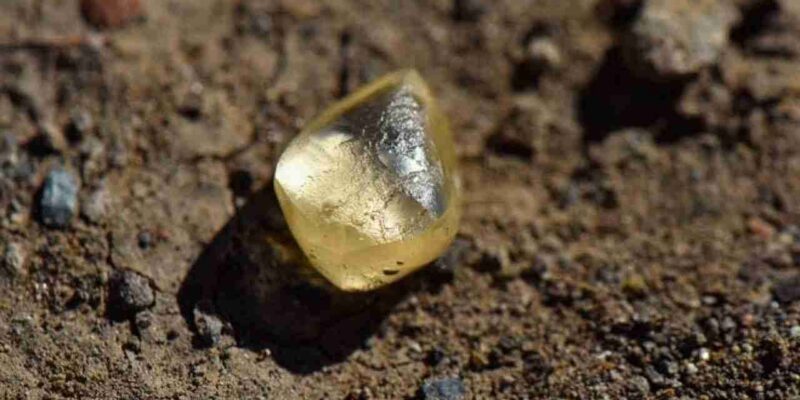 Whenever the one above gives, he tears the roof. You must have heard this proverb. Today we have brought such news for you, after reading which you will start trusting this proverb.

Actually something happened that a woman went to a park in California city of America, the woman found a bright yellow stone in that park. The stone was shiny and clean, so the woman picked it up and started looking at that stone very carefully. The woman was unaware that the one she is taking with her as a stone is actually a precious diamond. Let us tell you that according to the report, the price of this stone is $ 20000.

According to the report of USA Today, when the woman went for a walk in Arkansas State Park, she found a 4.38-carat yellow diamond. Arkansas State Park is not an ordinary park, people often go here in search of diamonds. If someone finds a diamond there, then the diamond belongs to that person. Whoever got it and he can sell that diamond and get a good amount of money.

The woman was not aware of this diamond

The name of that lucky lady is Noreen Wredberg, the woman told that earlier she was not aware that she had got such a valuable diamond in her hand. At first sight, he found it to be a shiny stone and being shiny, he picked it up. If we talk about the price of that diamond, then its price can be between $2500 to $20,000 US dollars.

According to the news of USA Today, so far about 75000 diamonds have been found in this park, out of which Noreen Wredberg has got the biggest diamond. In this year alone, 258 diamonds have been discovered so far. Only 1 or 2 diamonds are found here daily. The person who finds that diamond, his luck opens.