With the tagline ‘Use first then believe’, this is the success story of becoming a hero from zero to household. 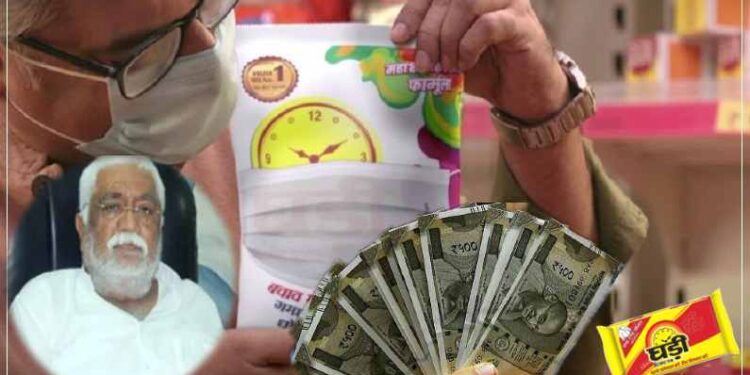 Ghadi Detergent: Then a time came that only clock soap was used in more and more houses of Kanpur. The industry was dominated by big companies, so the business was confined to Kanpur.

‘Use first then trust’…. Today this tagline has become famous like an idiom or proverb. So famous that leave the product or service, people say this dialogue even in the context of man. We are watching a program on TV and Amitabh Bachchan and Divyanka Tripathi appear on the screen with a detergent powder ad… In the end they say – first use then believe.

Yes! This is the tag line of watch detergent powder and soap. Decades ago, ‘Ghari’ entered the detergent world with this tagline. Today it is especially prevalent in every household of North India. The company urged people to use detergent first and then won such a trust that Aaj Tak is intact. This product is of RSPL i.e. Rohit Surfactant Private Limited (RSPL).

Murli Babu and Bimal Gyanchandani, residents of Kanpur, laid its foundation and with a lot of dedication, hard work and patience, made such a place that RSPL is being counted among the world’s leading companies. The story behind this success of the company is very interesting. So let’s start from the beginning….

Opened a small factory, brought it to homes by bicycle

Ghari Detergent was not a product of any RSPL company from the beginning, but it was a detergent made in a small factory. In the year 1987, both the youths living in Shastri Nagar, Kanpur opened a small detergent factory near Fazalganj fire station. Name given – Shree Mahadev Soap Industry.

By making clock soap, both used to deliver soap to homes, neighborhoods and shops on foot or by bicycle and could earn a little. It did not work for long, but did not lose patience. Then came a time that only clock soap was used in more and more homes of Kanpur. The industry was dominated by big companies, so the business was confined to Kanpur. He also started paying commission to vendors. The name of the company was changed to RSPL in 2005.

Self-prepared punchline and covered many states

After it got frozen in Kanpur, the reach of the detergent started reaching other cities of Uttar Pradesh. Detergents from big companies were used. Then Murali Babu started a new marketing strategy. Created own punchline – ‘First use then believe’ This tagline was appealing, so people used and then liked it. In this way the watch detergent went on to gain the trust of the people.

He came to know that 18 percent of the total demand of the country comes from Uttar Pradesh itself. In Ace, the clock detergent first conquered the fort of UP and then gathered business in other states of the Hindi belt, Madhya Pradesh, Delhi, Bihar, Chhattisgarh, Rajasthan, Punjab. Now the whole country comes from UP, so with silence the clock first conquered the fort of UP, then won the battle in Madhya Pradesh, Delhi, Punjab, Rajasthan, Chhattisgarh, Bihar. Today the clock is noisy all over the country.

Threat in the homecare market, names in big companies

According to media reports, the annual production capacity of Ghari detergent powder is more than eight lakh metric tons. This is quite high as compared to other companies. The RSPL group also forayed into the homecare market and set up a unit in Haridwar. Many products are being made here including hair oil, shampoo, hand wash, toothpaste, shaving cream, floor cleaner and toilet cleaner. Those who once run a small factory are the owners of assets worth more than 12 thousand crore rupees and the name of this company is taken among the world’s biggest companies.

Also read: The story of your favorite chaat is very interesting… the emperor had once started to stop the epidemic like corona