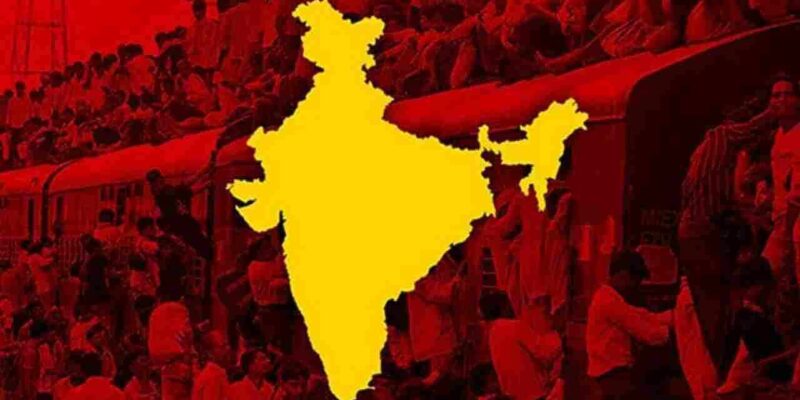 Why is the political noise of caste census rising

In India’s social and political system, this slogan has been used for centuries, ‘The more the number, the more share it’. This is where the fight for social justice begins. Now that this fight has started weakening the political parties, there is a danger of slipping the vote bank, the lamp of social justice has started to feel extinguished, then the noise of caste census has been started to provide a solid basis to it.

The leaders demanding a caste census feel that the population of the Other Backward Castes (OBC) has increased, which they can benefit from the caste census data. Perhaps that is why Bihar Chief Minister Nitish Kumar has started raising the issue loudly that it is very important to conduct a caste census. When it comes to social justice and caste census, many questions arise simultaneously. The first question is, why has the lamp of social justice been extinguished? And second, why is Modi saving power by conducting caste census? But before investigating these questions, it is necessary to know the historical facts of the caste census.

Providing information about social population, analyzing it and finding out what is the level of access of people in a public welfare state like India is not only for social scientists but also for policy makers and government of the country and the world. It is also very important. The first census was conducted in the country in 1881. The British used to rule here then. Even then the caste census figures were released. Ethnic figures were also issued in the census till 1931. For the first time in the 1941 census, it happened that the caste data was collected, but it was not released. The census was conducted for the first time after independence in 1951. Since then, only the Scheduled Castes and the Scheduled Tribes figures have been published in the census of seven times. VP Singh’s government, by implementing the recommendations of the Mandal commission, gave reservation to the backwards, it also considered the population of OBCs to be 52 percent on the basis of the 1931 census.

Why is the lamp of social justice being extinguished?

When we talk about social justice, the first thing that comes to mind is that all human beings are equal, so everyone should get equal opportunities. Going ahead from this, it is also realized that no one should be discriminated against on the basis of social, religious, gender, language, race etc. With time, many new dimensions were added to the concept of social justice. Remembering the 50s and 60s, socialist leader and thinker Ram Manohar Lohia had then emphasized that backwards, dalits, minorities and women should unite and fight for social justice. Lohia wanted these groups to unite and challenge the monopoly of the upper castes in power and jobs. In the same background of Lohia’s ideas, social justice became a major slogan of Indian politics in the post-Emergency political period. Especially in the 90s, the dominance of those castes was also established in politics, which Lohia talked about. But the aspirations with which the people brought leaders like Lalu, Mulayam, Mayawati to the pinnacle of power did not stand up to Lohia’s standards. The main reason for this was that these leaders got so caught up in familyism and nepotism that they could not do the work they should have done as a policy of governance. For them, the slogan of social justice became a mere election slogan. After winning the election, he did not look back to see the condition of his people.

Times changed, political and social conditions also changed with it. Taking the opportunity, the BJP changed the direction of politics. The polarization of votes on the basis of religion and the privatization of government companies has brought the country to the point where the meaning of reservation in jobs is about to end. The entire country, irrespective of caste, was divided into 85 percent versus 15 percent. 85 percent of the population, which in a way comes under the category of laborers, are being distributed free of cost to them. In such a situation, the word social justice became redundant. Obviously, when there will be no government companies left in the country, then what will be the meaning of reservation in government jobs. When all educational institutions go into private hands, then what will be the meaning of reservation in admission. When all this does not happen, how long will the lamp of social justice be lit and how long will the power of the leaders who do politics in its name survive?

After the expansion of the cabinet, the Modi government which is not getting tired of calling itself the government of OBC ministers, the Modi government which is patting itself on giving OBC reservation in the All India quota of NEET exam, why the same power is afraid of the idea of ​​caste census ? That in itself is a big question. In fact, the census itself is a very complex task and when anything is recorded in it, politics is born from it, new dimensions of development are also determined by it. Because of this, any government takes decisions very carefully. Before the British introduced the census, the caste system used to be very flexible and dynamic. But when the British brought the caste census, everything was recorded and since then the caste system became very complex.

If you remember, caste census has not been done since 1931, despite this, politics is still being done in the name of caste. Although the politics that is happening right now has no solid basis, it can be challenged legally. But once everything is recorded in the census, it will become a basis. And the kind of balance of power required for this is like a challenge to the ruling parties.

On the other hand, if we look at its negative side, once the number of castes is known and the share is given accordingly, then what will happen to the lesser number of castes? Who will think of them? There is another fear as well. The list of OBCs is different for the Center and different in the states. There are some castes which are counted in the OBC in the states, but they are not counted in the OBC list in the central list. In such a situation, if the caste census is done, then there is bound to be a ruckus. The Modi power at the Center understands this very well. Therefore, she has also said in the Supreme Court that the central government cannot conduct a socio-economic caste census in the 2021 census. Many practical reasons for this have also been counted by the government.

The BJP-led Modi government is also avoiding caste census because it is apprehensive that if this happens, regional parties will find the issue of pressurizing the government to change the OBC quota in central government jobs and educational institutions. To a large extent, it is possible that the number of OBCs may exceed the existing reservations they are getting in central jobs. This can lead to a situation like Mandal Part-2 and regional political parties looking for an agenda to challenge the BJP can get a new weapon, which BJP has broken to a large extent. That is to say that the lamp of social justice that is being extinguished can get life from the caste census.

National parties have also been serving their interests

It is said that the national parties of the country are against the caste census, but remember, in 2010, just before the 2011 census, the then BJP leader Gopinath Munde had said in Parliament that if this time also the OBCs were not counted in the census. So it will take another 10 years to give social justice to OBCs. We will do injustice to them. Not only this, in the previous term of the Modi government when Rajnath Singh was the Home Minister, while taking stock of the 2021 census preparations, in a 2018 press release, the government had agreed that the OBC data would be collected in the new census.

But now the government is going back on its promise. Talking about the Congress, even though under the pressure of Lalu Yadav and Mulayam Singh Yadav, the data based on Socio Economic Caste Census was collected in the 2011 Census. But after the change of power, the figures published by the Modi government in the year 2016 had hidden the caste figures. These figures are still buried in the files of the Ministry of Social Welfare.

However, caste census has become a big political issue. The Central Government, expressing its objection in a very polite manner, has put the ball in the court of the State Governments. But no one can deny the fact that only by eliminating the privileges due to caste, we will be able to establish a casteless society, where all will be equal.

Delhi: Fatty liver, wrong diet is the main reason for three out of ten patients with stomach related problems.

Tax saving FD has to be done in the bank, so know where will get the highest interest