Why did ASI object to the visit of Lieutenant Governor Manoj Sinha to Martand Sun Temple in Jammu and Kashmir? 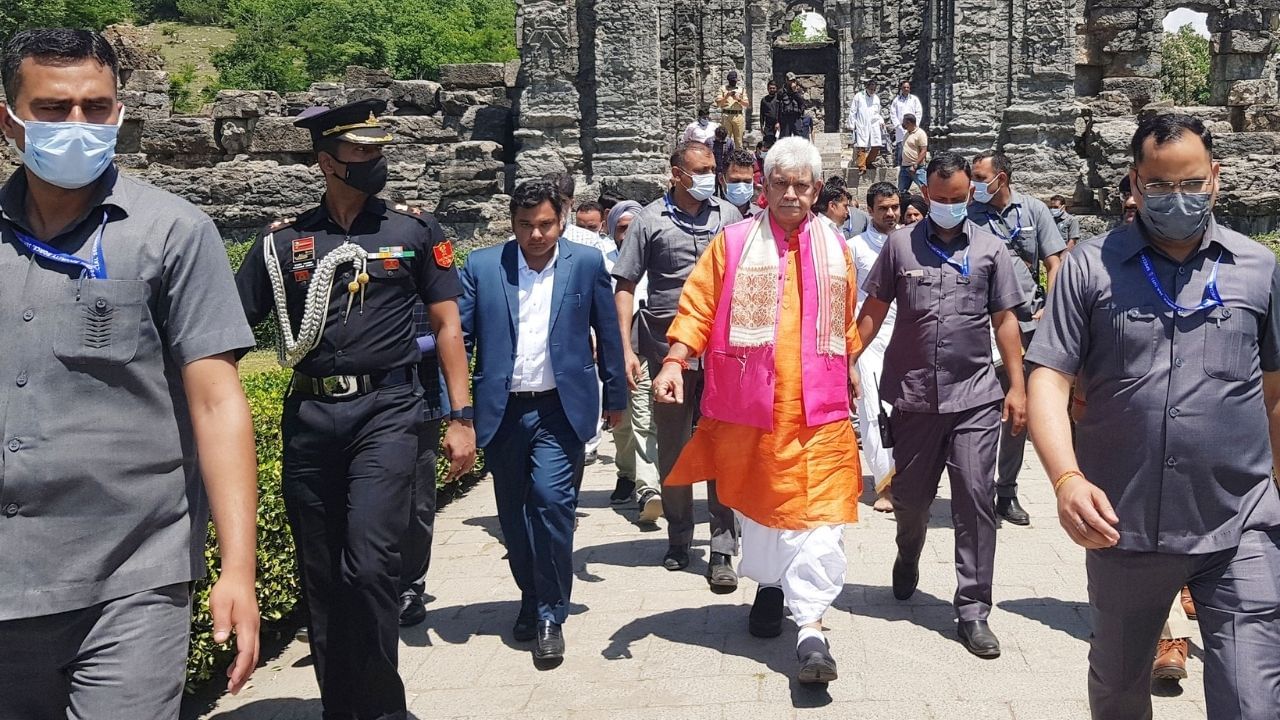 Whereas others have a different opinion. They believe that it was neglected during Muslim rule, which resulted in damage to the temple structure. On the other hand, most people consider natural calamities like earthquake responsible for the plight of this temple. In view of the historical and cultural importance of this temple situated on a plateau in the Martand region, the Archaeological Society of India declared it a national monument under its control. The Martand Sun Temple complex, a living example of Kashmir’s religious plurality, has been the center of many cultural activities and the filming of Bollywood songs. A famous song from the famous Bollywood film Haider starring Shahid Kapoor was shot in the premises of this temple.

Apart from this, this temple is also dear to the local people and tourists visiting Pahalgam as a picnic spot. In the past, many BJP leaders have demanded to open this temple for normal religious activities and rituals. However, according to the rules, such activities are not allowed in any temple protected by the Archaeological Department of India, unless it has got the status of a regular religious place of worship, as is the case with the Jamia Masjid in Srinagar.

However, on Friday, more than a hundred Hindu pilgrims chanted mantras and performed religious rituals in the presence of security forces. Two days later, that is, on Sunday, Jammu and Kashmir’s Lieutenant Governor Manoj Sinha also attended the religious program, while religious activities are prohibited here without permission. At the same time, ASI officials said that there was a violation of rules by Sinha’s worship in the Martand Sun Temple complex. Apart from this, former Jammu and Kashmir Chief Minister Mehbooba Mufti tweeted on Tuesday, while thousands of Kashmiris are lodged in jails on superficial charges, while the head of the state is flouting the rules and participating in religious rituals at the site protected by the ASI. The administration in Jammu and Kashmir has been reduced to worship and is keeping silent on the oppression of the Kashmiri people.

What does the law of the Department of Archeology say?

According to Article 7(1) of the Archaeological Department of India Act 1959, no ancient monument may be used for meeting, reception, party, conference or entertainment, unless written permission is obtained from the Central Government. You have gone However, under Article 7(2) of the same Act, Article 7(1) shall not apply if the tradition of meeting, reception, party or ritual is going on in the memorial premises protected by the ASI.

Rules were not violated – Administration

According to the Act 1959 related to the Archaeological Department of India, carrying weapons in the ASI protected monument complex is also prohibited. Although it was said by the Jammu and Kashmir administration that no rules were violated during the visit of Lieutenant Governor Manoj Sinha to the temple, but many people on social media are saying that it is the Kashmir movement under the leadership of Prime Minister Narendra Modi. It is a step towards reviving lost Hindu traditions. In the presence of Manoj Sinha, it was also seen in the temple premises that a person was carrying a placard in his hand, on which it was written that we will also take Pakistan Occupied Kashmir.