Who was the beautiful and brave Gond queen Kamalapati, whose name will be known as the airport Habibganj station? 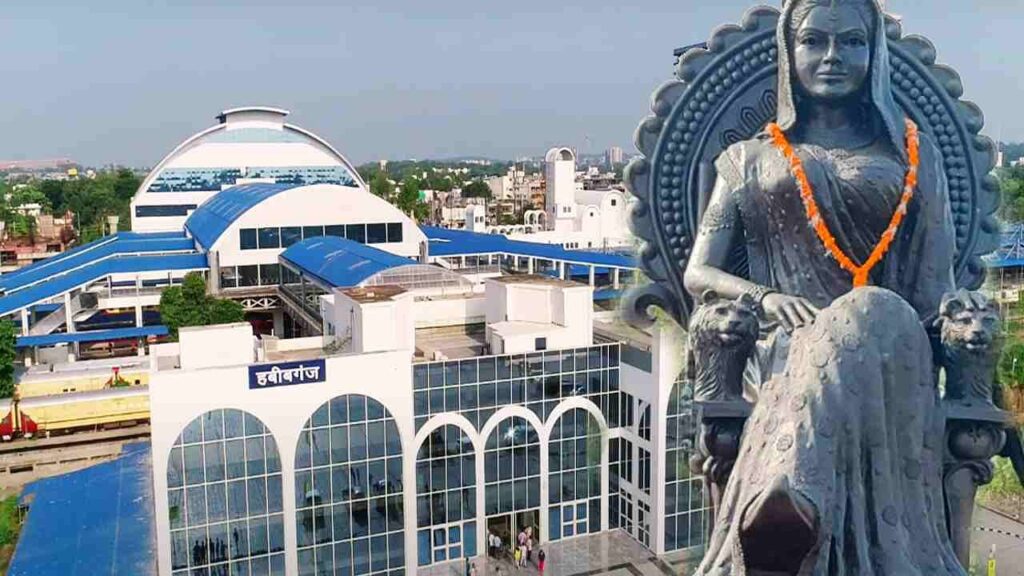 Habibganj railway station will be named after Rani Kamalapati

Madhya Pradesh Habibganj Station Name to Rani Kamlapati: The recently completed world class railway station of Madhya Pradesh with facilities like airport, Habibganj will be known as Rani Kamalapati, the last Gond ruler of Bhopal. A proposal in this regard has been sent by the Madhya Pradesh Transport Department to the Ministry of Home Affairs. If there is no station already with this name, for this, the Ministry of Home Affairs will take the consent of the Railways and then direct it to change the name.

The decision to name Habibganj station after Rani Kamalapati has been taken in view of her valor and valor. On November 15, Prime Minister Narendra Modi will inaugurate this railway station of Bhopal. Not many people would know about Rani Kamalapati! Our country has been rich with heroines. One of these heroines is also Queen Kamalapati.

Rani Kamalapati was a Gond queen of the 18th century. At that time the head of Ginnaurgarh was Nizam Shah, who had 7 wives. The beautiful and brave queen Kamalapati was one of them and she was the most dear to the king. During that time Bari was ruled by Nizam Shah’s nephew Alam Shah. Alam’s eyes were on the wealth and property of Nizam Shah. Impressed by the beauty of Kamalapati, he also expressed love to the queen, but the queen rejected him.

Determined to take revenge after killing her husband

Nephew Alam Shah was a constant conspiracy to kill his uncle Nizam Shah. Once upon a chance, Dasne killed the king by mixing poison in his food. The queen and her son were also in danger from him. In such a situation, Rani Kamalapati brought her son Naval Shah from Ginnaurgarh to Rani Kamalapati Palace in Bhopal. Queen Kamalapati wanted to avenge the death of her husband. But the problem was that he had neither army nor money.

Help received at the cost of one lakh rupees

According to historians, Queen Kamalapati sought help from Dost Mohammad Khan. He agreed to help, but in return he demanded one lakh rupees from the queen. Rani Kamalapati had to take revenge, so even though she did not have money, she agreed. Dost Mohammad Khan was once a part of the Mughal army. He was expelled from the army after a discrepancy in the calculation of looted properties. Then he had established his power in Jagdishpur near Bhopal.

At last, Rani Kamalapati took revenge for the murder of her husband.

Also read: Can 10 thousand note be printed again? Know what happened to them when they were first printed

Powerful Passport: A document is required for entry into any country of the world,…

Trickster China is continuously increasing its presence in the Indian Ocean. He wants to…