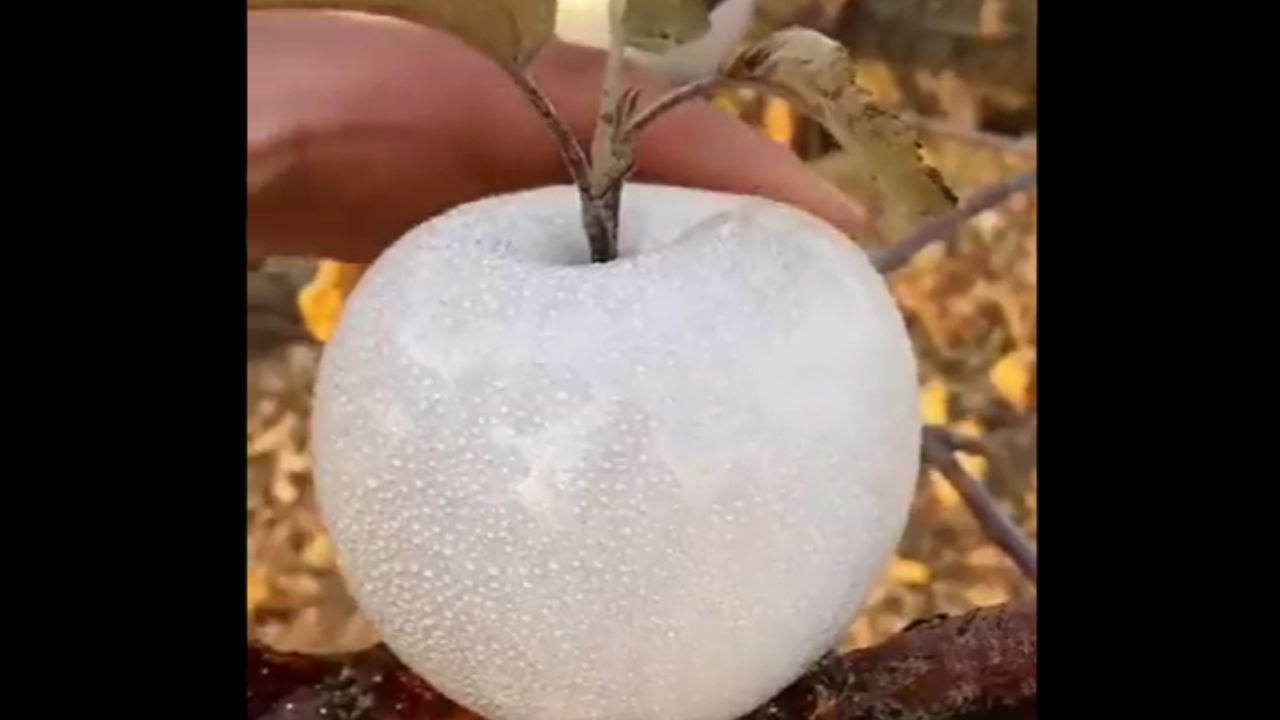 Red apple, art apple will surely be one of the most favorite fruits of many of you. Let us tell you that apart from red apple or black apple, a white apple is also being seen. Yes, see the proof in the video.

see white apple in the video

Red apple, art apple will surely be one of the most favorite fruits of many of you. Most of the people like to eat red apple and it is easily available in the market. Let us tell you that apart from red apple or black apple, a white apple is also being seen. Yes, do not be surprised because these days a video is going viral, in which you can see White Apple. This video is becoming so viral that users are excited to watch it as well as eat it.

Apple looks very beautiful and tasty in the video, this video has been shared by Twitter user named @connectajitcpr on his account. It can be seen in the video that a person shows this apple to the people after cutting it with a knife, after which people are able to believe.

Commenting on this video, a user wrote, ‘I wish these apples were available in the market’ Another user wrote, ‘Is this an apple or a pearl’ Apart from this, one wrote, ‘Are they Really exist’ while another wrote, ‘Somebody give me this apple, it looks very cute’

It is said that apple makes your health very good and strong, apple strengthens bones. Asthma patients get a lot of benefit by consuming apple or apple juice.

Kangaroo hit a cyclist passing through the road, see the scene ahead in the video

What is the ‘Five Eyes’ alliance of intelligence agencies? US’s desire – India, Japan and South Korea should also be part of it

The effect of reduction in import duty is visible on the prices of edible oil, prices have started decreasing before the festive season