Which animal does not sleep, does not have ears, this creature hears with its feet 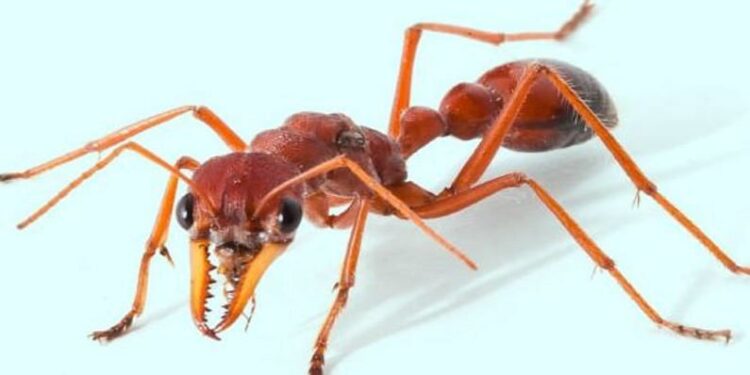 Ant interesting facts: Apart from queen ant and male ant, other ants have to take care of children and even build houses. In these, the responsibility of some ants is to protect the family and the family. These ants act as watchdogs.

The question is interesting. The answer is even more interesting than that because no one’s mind goes there soon. Yes, yes. An ant is an animal that does not sleep for the rest of its life. But it is surprising that without sleeping, despite the tireless work day and night, its brain runs faster than lightning. The brain of the ant is considered to be the fastest among insects, which is engaged day and night in the work from gathering grains to forming a family swarm.

The size of an ant may be small, but there are around 2.5 lakh brain cells in it. Due to these cells, the ant continues to run its brain without sleeping. Many types of ants will be seen around you because according to a scientific data, there are more than 10 thousand species found in the whole world. Talking about size, an ant can be between 2 and 7 millimeters long. The largest of these ant is named Carpenter Ant which is 2 cm big.

As you must have seen, ants can lift more than their own weight. If some food items are to be carried, then the ant can lift more than its own weight. According to an estimate, an ant can lift 20 times more than its own weight and carry it to its place of residence. The same is the case with ants when other creatures live with their families or families. They also have a clan or colony. Ants of a family live in it. The work of these ants is also decided. Just as other creatures expand their families over time, so too do ants expand their families.

fight for survival between clans

Ants, like other creatures, have a fight for survival. That is, if the evil eye of another clan falls on one clan, any kind of encroachment is made, a war breaks out in the swarm of ants. Many ants lose their lives in this war. In the end, the group that wins, occupies that particular area. The defeated group has to retreat. In future this group does not dare to look there again.

Ant is called pipilika or ant in English. It is a species of insect that has both a male and a female. Both male and female are non-sleeping creatures. Ants have a profound effect on our environment. Their life cycle has special importance in the environment. The queen ant has the most important place among ants. It is also the largest of all ants. The job of the queen ant is to lay eggs. The size of the male ant is smaller than that of the queen ant. The job of male ant is mainly to increase the family by breeding. The male ant dies after breeding.

In the family of ants, everyone’s work has to be done differently. The male ant reproduces to increase the hen, other ants bring and make food. Apart from the queen ant and the male ant, other ants have to look after the children and even build the house. In these, the responsibility of some ants is to protect the family and the family. These ants act as watchdogs and warn other ants of potential danger.

Ants do not have ears, so they cannot hear. Finds out about the movement of the feet and the surrounding movements from the nerves found in it. There are some special sensors in their knees and feet, with the help of which ants can find out about the surrounding activities immediately. In their family, the queen ant is the longest, it can live up to 20 years. Along with this, the age of ants is only 45-50 days. It is said that as soon as the queen ant dies, the entire family is destroyed in a few days.

read this also: SBI has given important information for those who have PAN card, do this work without delay