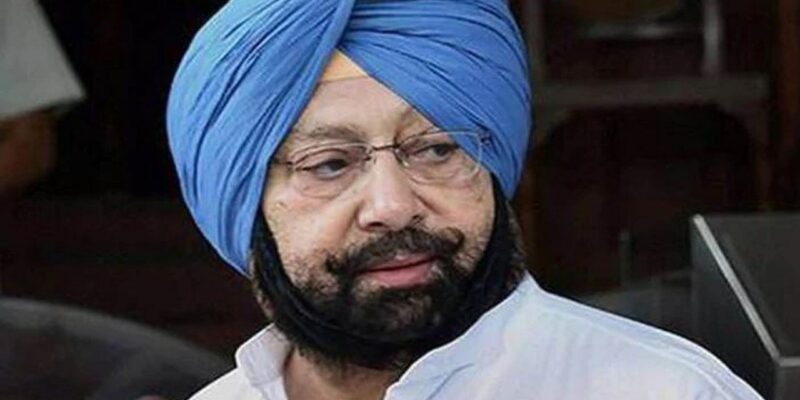 The political ruckus in Punjab is not taking its name to end. After the turmoil in the agricultural laws and the state Congress, now the politics of the BSF has heated up on expanding the scope of the BSF. On one hand, Punjab Chief Minister Charanjit Singh Channi has strongly objected to it, while Captain Amarinder Singh has termed it as the right decision. In fact, the Union Home Ministry has increased the jurisdiction of the Border Security Force in three states on Wednesday. In which Punjab is also included.

Many leaders including the Chief Minister of Punjab have opposed this move of the Central Government. On this, Captain Amarinder Singh said, ‘Our soldiers are being killed in Kashmir. We are constantly seeing that more and more weapons and narcotics are being sent to Punjab by Pakistan-backed terrorists. The additional presence and strength of BSF will further strengthen us. Hitting out at the opponents, Amarinder Singh said, “Don’t drag the Central Armed Forces into politics.”

Earlier, Punjab Chief Minister Charanjit Singh Channi tweeted and condemned the Central Government giving powers to BSF like registering cases and making arrests within a radius of 50 km along the border and expanding the scope of BSF and it is considered as the federal government of the country. The system is called an attack.

Along with this, Charanjit Singh Channi has demanded from the Union Home Minister Amit Shah and the Central Government that this order should be withdrawn soon. He tweeted, ‘I strongly condemn the unilateral decision of the Government of India to give additional powers to the BSF within a radius of 50 km along the international borders. This is a direct attack on Federalism. I urge Home Minister Amit Shah to withdraw this decision immediately.

On the other hand, Punjab Deputy CM (Incharge of Home Ministry) Sukhjinder Singh Randhawa said that it seems that the central government has some doubts on the nationality of Punjabis and by issuing such an order, the Indian government has put a question mark on the patriotism of the people of Punjab. have been installed. Sukhjinder Singh Randhawa said that in view of the loss of 16 km on the border after the 1971 war, the then Prime Minister Indira Gandhi had talked about handing over the 16 km radius to the Central Forces, which was later reduced by Prime Minister Morarji Desai. 8 kms was done and after that this range was reduced to 5 kms.

What is the new order?

Now the jurisdiction of BSF in Punjab has been increased from 15 kms to 50 kms. This means, within a radius of 50 km from the border, the BSF can conduct search operations, arrests and seizures. For this, BSF will not need anyone’s permission.

Shivraj government bowed after the protest of MP Sadhvi Pragya Thakur regarding the sterilization of bulls, took the order back