What is the truth of the figures of deaths due to corona in many states including Bihar, know in this report 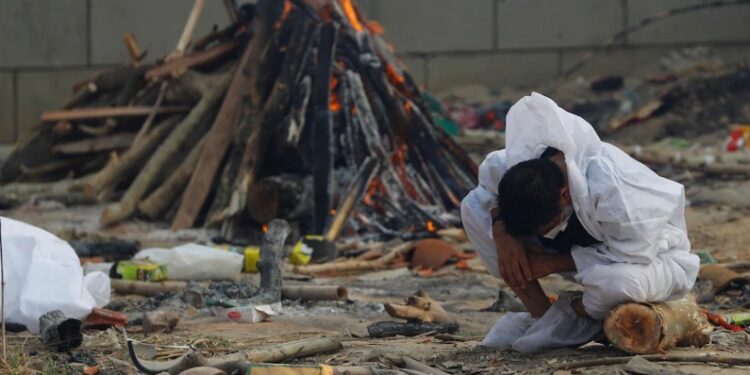 Less than one lakh new cases are being received in the country for three consecutive days. On June 9, more than 93 thousand 800 new infected were found in the country, but with this relief the death figures have increased the concern. In a single day, 6 thousand 139 people died in the country, which is the largest number of infected people who lost their lives in a day in the country.

In fact, after the rebuke of the High Court, on May 18, the state government had formed two types of teams in the districts to investigate the death due to corona. In the investigation, it has been found that the death figures were hidden and wrong information was sent to the government.

So far, 3,951 deaths have been found in Bihar due to corona, which were not even reported. However, it has not been told when these deaths happened, only that it has been told that these include deaths on the way to home isolation and going to the hospital. Now the government is talking about taking action against those who send wrong figures, but after the government’s confession of such a huge falsification in the death figures, the opposition has become an attacker.

Even though the Bihar government is claiming to have come out with the correct figures, but the reality is that even these figures are not true.
In Patna, the death toll from Corona was reported to be 1,223 till 7 June and 2293 was released till 8 June. How much is the truth of these sudden figures, it can be gauged from the fact that in April-May this year only 3,243 dead bodies are cremated from the COVID protocol at 3 ghats in Patna.

This figure is also official and on Wednesday, the Principal Secretary of the Health Department presented the corrected figures for the whole of Bihar including Patna.

A breakup has come to the fore in the death figures from Corona in Bihar and the state government itself has exposed it.. But there is a screw in it now. The state government is saying that this has been done with the noble intention of doing good to the people. But the opposition alleges that whatever has happened so far has happened. Now the foundation of the scam has been laid. In fact, the Bihar government has decided to provide Rs 4 lakh to the kin of those who lost their lives due to corona infection and the opposition is saying that it is only for this grant that the government has remembered the dead who were left out of the count.

Death figures may increase in many more states

The hidden figure in Bihar has come out a bit but still it is not the real picture and the case of breakup is not limited to Bihar only, but in states like Delhi, UP, Maharashtra, Rajasthan, Punjab, the official figures of death may increase. .

Last week on June 4, the team of NewsNCR had gone to these states to investigate this sensitive subject and found out the reality of rigging in the death figures. In April-May, the havoc of Corona was at its peak in Delhi. The difference in the death toll is as shocking as the pictures from hospitals to crematoriums and cemeteries were heart-wrenching. The bodies of 18,480 corona patients were cremated in the months of April and May at 29 crematoriums and graveyards under the three municipal corporations of Delhi.

At the same time, according to the data released by the Delhi government, a total of 13,210 people died due to corona in the months of April and May. That is, the difference between the figures of Municipal Corporation and Delhi Government is 5270.

Actually, treatment of corona patients is going on in more than 100 private and more than 10 Delhi government hospitals in Delhi. The figures of death in these are released by the Delhi government. On the other hand, where there are 29 cremation grounds and graveyards, after the last rites, the MCD issues the death certificate.

Many patients infected with corona who died at home, their records are not with the government or the hospital, why these figures are in the cremation ground or cemetery.

Former CM Devendra Fadnavis has alleged that about 40 percent of the deaths due to corona in Mumbai alone are not mentioned in the government figures. According to government figures, 556 corona patients died here from May 20 to June 3. We went to 9 crematoriums and graveyards in Mumbai to find out whether these figures are correct or there is scope for them to be corrected.

There are 201 places of funeral in Mumbai and out of the 9 places we investigated, only where the death toll reaches 254 between May 20 and June 3. This is the reason why there is an allegation of hiding the death figures in Maharashtra including Mumbai.

Lucknow
Lucknow, the capital of Uttar Pradesh, is also not untouched by the allegations of rigging in the figures. In the month of March, 540 people died due to COVID in Lucknow. Whereas the Lucknow Municipal Corporation produced 2422 death certificates in the month of March.
In April, 672 people died of corona in Lucknow, while the Lucknow Municipal Corporation issued 2327 death certificates during this period.

When the team of NewsNCR investigated in Punjab on June 4, there was also evidence of difference in the figures of the health department and the crematorium regarding the death of corona patients. According to the health department data, 329 deaths occurred in May in Mohali, while 564 funerals took place in the month of May itself at Balongi crematorium, the largest cremation ground in Mohali.