What is Kinova, PM Narendra Modi dedicated a new variety to the farmers 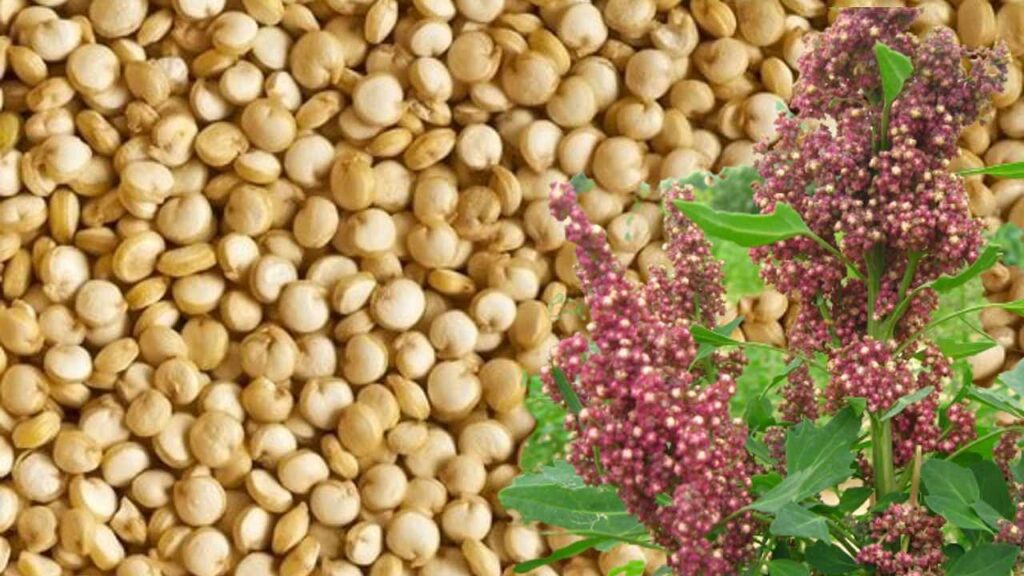 Know everything about Kinova.

Quinoa Benefits: Why is quinoa important for health, after all, what is in it, due to which it is called mother grain. Know everything about it.

Prime Minister Narendra Modi on Tuesday gifted 35 new varieties of seeds to the farmers of the country. One of these names is also of Kinova. About which very few people know. Actually, quinoa is a member of the Bathua species, whose botanical name is Chinopodium quinoa. Bathua has been used in our country since ancient times as food grains and green leafy vegetables. Its new variety has been developed by the Indian Council of Agricultural Research (ICAR). Let us know about it in detail.

According to scientists associated with the All India Coordinated Potential Crop Research Network, ancient crops are being looked at globally as potential alternative food crops keeping in view the food and nutritional security. One of these is Kinova. It is a one year Rabi crop. It is grown in autumn. It is also called Mother Grain. In the midst of ever-increasing health problems, people are now missing coarse grains like quinoa.

Why is quinoa important?

According to agricultural scientists, eating quinoa gives a healthy life to humans. Quinoa fulfills our food and nutritional needs by giving good yields even in less water, problematic land and adverse conditions. This crop can prove to be a boon for small and marginal farmers. The protein in quinoa is almost twice that of rice, the fiber is twice that of maize and the fat is more than three times that of wheat.

The climate of India is favorable for its cultivation. Its cultivation does not require a special climate. According to the Food and Agriculture Organization, the area of ​​quinoa in the world (2012) was 1,72,239 hectares. The production was 97,410 tonnes, which increased to 1,97,637 hectares in 2015. While the production went up to 1,93,822 tonnes. Quinoa is more nutritious than other grains. Due to being rich in complete protein, it is being called the Super Grain of the future.

Also read: Congress ruled Rajasthan did not send a proposal to purchase millet on MSP this year too, farmers in trouble

Also read: This species of mustard is best for both food and earning, if you know the specialty, then you will definitely sow