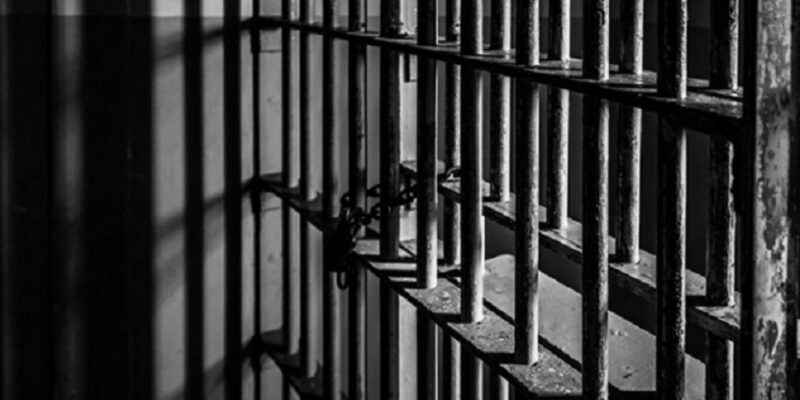 Celebration in the 165 year old jail of British era

There was a festive atmosphere in the jail department of Uttar Pradesh on Thursday. Celebration of the fact that any prison established in the British era in the state could achieve some great achievement after 165 years. Established so many years ago or started in the British era (British period), say the announcement of this achievement of any prison of such old and historical importance or else the certificate was received by the jail administration on Thursday.

This jail is the district jail of Meerut city of Uttar Pradesh, adjacent to the capital of India, Delhi. The same district jail, which even after a century and a half, is still famous as a jail providing executioner overnight to the hanging house of any jail present in the country. In 1978, there was talk of arranging the executioner to hang the culprits (Ranga-Billa) of India’s famous Sanjay Chopra Geeta Chopra double murder in Tihar.

When the issue of fulfilling the requirement of executioner to hang the slayers of the then Prime Minister of the country, Mrs. Indira Gandhi had come. Or in today’s era, there has been talk of providing executioners to hang the four murderers of the country’s most famous and hair-raising Nirbhaya murder case together in Tihar Jail. This Meerut district jail administration first performed the responsibility of providing the executioner to the jail of any state whenever needed.

What is UP’s DG Jail called?

Uttar Pradesh Jail Department Head State Director General of Jail (DG Jail UP) IPS Anand Kumar said on Thursday night, “Actually it is nothing less than a celebration for the state jail department. Meerut District Jail achieved this great achievement after 165 years since its establishment during the British period. Under which the Meerut District Jail was given a respected certificate like ISO 9001-9015 on Thursday. This certificate was given by District Magistrate Meerut to Jail Superintendent Rakesh Kumar.

According to DG Jail, “This achievement (ISO 9001-9015) has been given to District Jail Meerut on the basis of best management of prisoner reform programs, education-training of prisoners, their rehabilitation and high quality of living conditions done here. ” It is noteworthy that the Meerut District Jail was established in the year 1857 (about 165 years ago) by the British Government. Since then, after a long period of 165 years, this is the first time that this prison could get the honor of ISO 9001-9015 certificate due to its commendable activities.

According to State Directorate General of Prisons Chief Spokesperson Santosh Verma, “Any prison administration has to go through many stairs of difficult examination to achieve this honor. For example, the level of living arrangements of prisoners in jail. State-of-the-art technology facilities provided in the jail. Measures taken for the human rights of prisoners. Effective measures implemented to protect the education-labor rights of prisoners. Personality development, health and medical, sports, employment-oriented measures in the jail, arrangements made for the safety of the jail and the prisoners/criminals in the jail, etc., were also assessed several times before giving this honor. “

These jails of the state are also special like this

If we look at the history/past of the jails of Uttar Pradesh, it is known that Meerut district jail has become the 11th jail in the state to get 9001-9015 certificate. The name of Etah District Jail was registered in 2009 as the first jail of the state involved in this achievement. Since then, 6 district jails of the state (Etah, Noida, Gautam Budh Nagar, Dasna District Jail Ghaziabad, Aligarh, Meerut) have received this honor. While four Central Jails including Agra, Bareilly, Fatehgarh, Varanasi have been included in this list. Whereas an ideal prison (Lucknow) has also achieved this achievement.

-“The Story of Crime”: 43 years ago the ‘double murder’ that shook the Morarji Desai regime in the 1970s

From the Chief Minister of Gujarat to the world’s most popular leader, Defense Minister Rajnath Singh said on Prime Minister Modi’s 20 years in power

28 skeletons caught in van on Indo-Nepal border! Seeing human bones, the security forces of both the countries were stunned