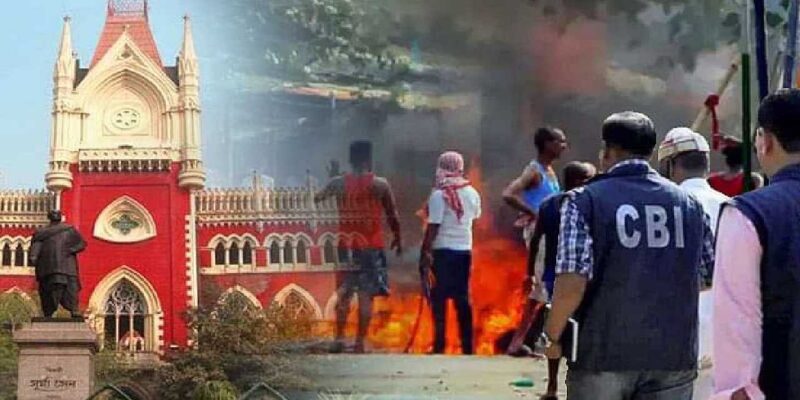 Central Bureau of Investigation (CBI) sparked violence after the West Bengal assembly elections earlier this year (West Bengal Post Poll Violence) have arrested 11 people from East Medinipur in connection with the incidents. On the orders of the Calcutta High Court, the CBI team probing the electoral violence in West Bengal has submitted the fifth chargesheet (Charge Sheet) is filed. Among those arrested by the CBI in connection with the murder of a BJP worker, Sheikh Hakibul, son-in-law of TMC leader Sheikh Sufyan, is also included. Let us tell you that Sheikh is considered very close to Mamta Banerjee. He has been the election agent of Mamta Banerjee during the elections held in Nandigram.

Politics has also started regarding this action of CBI. TMC has termed this action as a conspiracy of revenge on the part of BJP. TMC has linked this action to the statement of Shubhendu Adhikari who defeated Mamata Banerjee from Nandigram. In this purported statement, Shubhendu Adhikari had said that those whose names have come up in the investigation of the National Human Rights Commission will be arrested. Rejecting TMC’s allegations, BJP has said that this action has nothing to do with the central government. The party said that the investigation of the CBI is being done on the orders of the High Court and this action has been taken under it. It has nothing to do with the government.

On the orders of the Calcutta High Court, the CBI team probing the electoral violence in West Bengal has filed the fifth chargesheet. In a statement issued by the central agency, it has been told that this charge sheet has been filed in the Haldia Court in connection with the murder of Bharatiya Janata Party worker Devvrat Maity during the election. This chargesheet has been filed against Sheikh Fatenur, Sheikh Mizanur and Sheikh Imdulal. It is being claimed that all three are Trinamool Congress workers. In connection with the murder, the central agency had questioned Chief Minister Mamata Banerjee’s election agent Sheikh Sufiyan and two other Trinamool leaders. It is noteworthy that on the orders of the High Court, the family of Devvrat had lodged a complaint with the Human Rights Commission team, which reached West Bengal to take details of the electoral violence. Although earlier he had refused to comment on central agencies and expressed the possibility of an attack, but on the recommendation of the CBI, policemen were deployed outside his house after which he told the names of the killers to the CBI officials.

High Court has ordered a CBI inquiry to investigate the violence

Earlier in August this year, the Calcutta High Court had ordered a court-monitored CBI probe into incidents of post-poll violence in West Bengal. The court also ordered setting up of a Special Investigation Team (SIT) to investigate less serious offences. A seven-member committee set up by the National Human Rights Commission (NHRC) had earlier probed incidents of violence in the state after the assembly elections and recommended a court-monitored CBI probe. Several incidents of violence were reported at various places since the results of the assembly elections were declared on May 2, following which a four-member team deputed by the Home Ministry also visited the violence-hit areas.

‘Energy crisis’ is coming not in India and Europe but in the whole world! Why is this calamity coming after all?