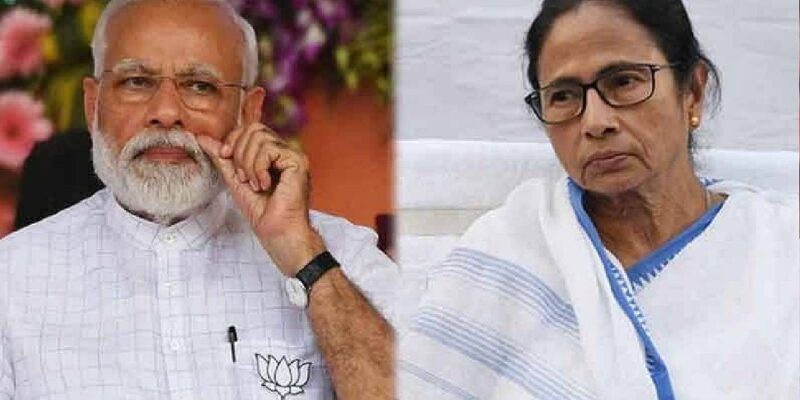 Mamta Banerjee said, “You cannot stop me. I am not eager to go abroad. It was related to the honor of the nation. You (PM Modi) keep talking about Hindus, I am also a Hindu woman. Why didn’t you allow me? You are jealous.”

World Peace Conference being organized in the memory of Mother Teresa in Rome, ItalyWorld Peace Conference) Chief Minister Mamata Banerjee (CM Mamata Banerjee) was invited to attend. However, the central government has refused to allow this. Chief Minister Mamta Banerjee launched a scathing attack on the Modi government at the Center for not allowing him to go to Rome and said that PM Modi (PM Narendra Modi) burn them. For this reason the central government has not given permission.

Let us inform that the Ministry of External Affairs did not allow Mamata Banerjee’s visit to Rome, saying that the Chief Minister’s participation in this program is not according to the situation. Earlier, the central government had also canceled Mamta Banerjee’s visit to China. The state secretariat is said to be angry about this. German Chancellor Angela Merkel, Pope Francis and Italian Prime Minister Mario Draghi are also going to participate in the program to be held in Rome. This program was to be held on October 6 to 7 but now Mamata Banerjee will not be able to attend it. The Italian government had invited Mamta Banerjee. Sources said that Mamta Banerjee had made preparations for Rome and had also decided to meet the industry there.

Mamata Banerjee said, “You can’t stop me. I am not keen on going abroad. It was related to the honor of the nation. You (PM Modi) keep talking about Hindus, I am also a Hindu woman, why didn’t you allow me? You burn.” Mamta Banerjee said, “We have to protect our freedom. ‘Taliban’ BJP cannot run in India… TMC is enough to defeat BJP. ‘Khela’ will start from Bhabnipur and end after our victory across the country.”

He said that after this decision of the Center, there is no representation of Hinduism in the peace conference. Targeting the Center, Mamata Banerjee said, ‘They have done illegal work. I was not going to visit abroad but here the issue of representation of the country is involved. He (Rome) had contacted me two months ago. Although Indians and Bangladeshis did not have access to Italy, they gave me special permission, but the Ministry of External Affairs did not allow it. Attacking the Center, Mamta Banerjee said that why did those who create so much ruckus about Hinduism not let the Hindu woman go? This is really violence.

Prashant Kishor of Bihar is now a voter from Bhawanipur in Bengal, BJP raises questions, demands inquiry from Election Commission