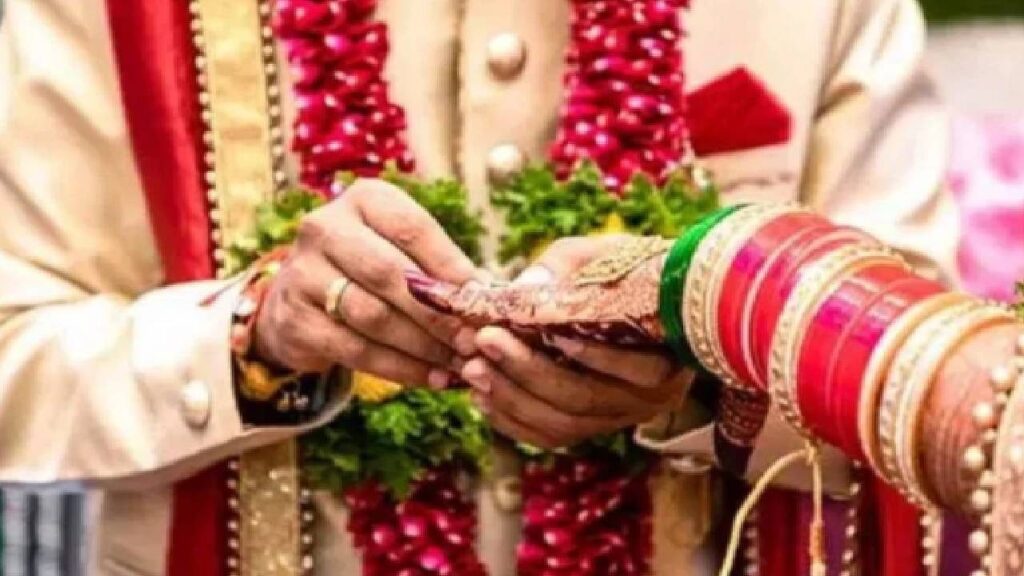 West Bengal Marriage At Old Age: A 70-year-old unmarried man fell in love at Ranaghat in Nadia district of West Bengal. He expressed his love to a 65-year-old woman living in an old age home. At first the woman refused, but eventually agreed to the marriage.

There is no age to love. West Bengal (West Bengal) This has been proved again in Ranaghat of Nadia district. An old age home in Ranaghat (Old Age Home) The boyfriend and girlfriend living in have made it true again. Subrata Sengupta, who lives in an old age home, is 70 years old. He married 65-year-old Aparna Chakraborty legally by registering (Marriage at old age) Did it The couple is happy after marriage. Both of them are living together now leaving their lonely life, although it was not easy for them. Subrata Sengupta had earlier expressed love to Aparna, then she refused to accept it, but in the end she had to bow down to their love and then she accepted her lover’s love and agreed to the marriage. .

Subrata Sengupta, a resident of Lalpur of Chakda in Nadia district of West Bengal, was a retired employee of the State Transport Department. His family consists of his mother, two brothers and his wife and children, but he did not marry and lived with his brothers’ family, but due to family problems, Subrata Sengupta moved to Jagdish in Purnanagar, Ranaghat in the beginning of the year 2019. He left home to spend his last days at Memorial Old Age Home.

While living in old age home, both fell in love

65-year-old Aparna Chakraborty was living in the same old age home for about five years. His house is in Aisatala of Ranaghat. She was also unmarried. For almost 30 years she worked as a maid in a professor’s house in Beliaghata, Kolkata. In his last life, his father had closed the door of the house for him. The first meeting of both took place in the old age home itself. Subrata Sengupta expressed love to Aparna, at first she refused. Then in March 2020, Subrata Sengupta left the old age home and started living in that area by renting a house, but 10-12 days ago he fell ill. When Aparna came to know about this, she came to take care of him and after that both of them decided to be for each other forever.

First the girlfriend had turned down the proposal, but in the end she gave up

He decided to live life afresh. As a guardian, he reported the matter to the head of the old age home, Gaurhari Sarkar. Subrata Sengupta said, ‘I could not take my eyes off Aparna on the first day. I wanted a partner like him. After marriage, I brought him home with wife’s dignity. She is now the Lakshmi of my house. I want to spend the rest of my life with him and the rest of my days with him in peace and happiness. Bride Aparna Devi said that she could not hold back her tears after rejecting love for the first time. I thought, it is not right to hurt a person like this. Nothing can be attained by this in the last birth. He is also very responsible towards the world. Gourahari Sarkar, head of the old age home, said, “I am proud and happy that they were able to get married legally.”

VIDEO Bengal Violence: 70-year-old woman was beaten up with bamboo by TMC goons in Jalpaiguri! BJP takes out procession in Kolkata