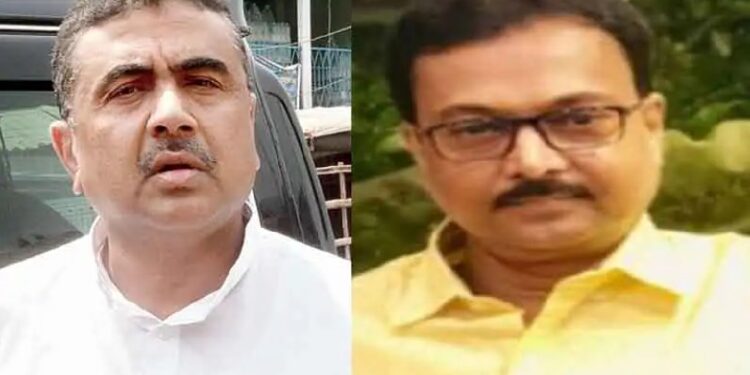 Kolkata Police arrested Rakhal Bera, a close aide of Suvendu Adhikari, on Saturday night on charges of forgery in the name of giving a job in the Irrigation Department.

After the arrest of Kolkata Police on charges of forgery in giving job to Rakhal Bera, who is considered close to Suvendu Adhikari, opposition leader of West Bengal Legislative Assembly, many unknown secrets are coming to the fore. An ordinary trader of a printing press in Maniktala, Kolkata has become the owner of crores. The police is busy in finding this secret.

Let us inform that the Kolkata Police had arrested Rakhal Bera on Saturday night for forgery in the name of giving a job in the Irrigation Department. Maniktala police arrested him on Saturday on charges of financial corruption. Rakhal Bera was produced in the court on Sunday, where a direction has been given to send her to police custody. After the arrest of Rakhal Bera and the name of Chanchal Nandi, there has been a debate in the politics of the state.

Shubhendu used to look after the business of the officer.

When Shubhendu officials used to come to Calcutta, Rakhal used to be his shadow. Even several political close people of Shubhendu told the police that Rakhal could be seen with Shubhendu at many places. However, very little information has been received by the police in this matter. All the co-operative bank documents of East Midnapore have been printed by Rakhal Bera’s printing press and he has earned huge money from it.

What is the matter, why was the arrest of Shubendu’s close friend?

Let us inform that Sujit De, a resident of Ashoknagar of North 24 Parganas, had lodged a complaint against Rakhal Bera and Chanchal Bera on 28 February 2021. The Kolkata Police had registered a case under section 120B/420/467/471 of the Indian Penal Code. Sujit De had alleged that in the year 2019, Rakhal Bera and Chanchal Bera had taken a total of Rs 2 lakh from him in the name of getting a job in the Irrigation Department, but even after many days he did not get the job nor was the money returned. He had lodged a complaint at Maniktala police station. Rakhal Bera will be presented in the court today. Will appeal for police custody to interrogate him. The police would like to know from him that who else is involved in the scam? Police have started the search for Chanchal Bera.