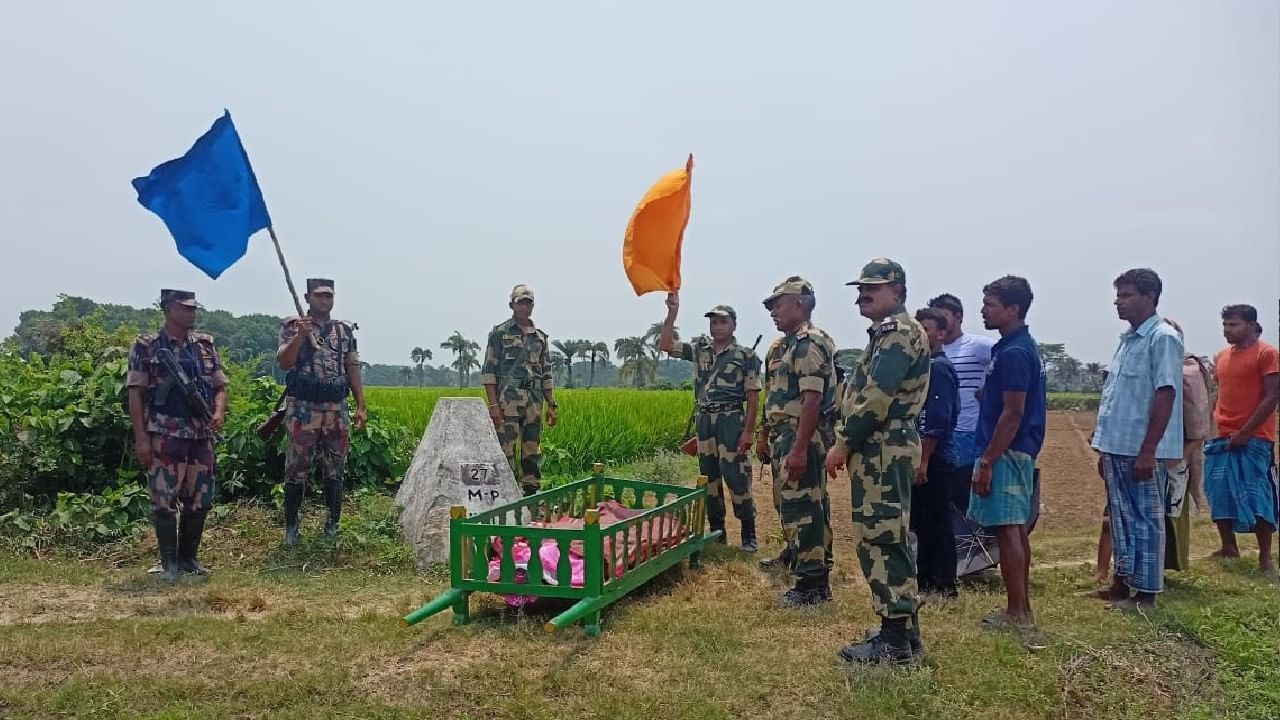 Zulfikar Ali Mandal, who lived in Bansghata, a border village in West Bengal, had died. Three sisters of the deceased live in the border village of Bangladesh, Bahadurpur, district Jessore. BSF has performed the religion of humanity by giving him the last glimpse after the death of his brother.

BSF deployed in the security of India-Bangladesh international border in West Bengal ( BSF The South Bengal Frontier has once again set an example of humanity. Zulfikar Ali Mandal, who lived in Bansghata, a border village in West Bengal, had died. Three sisters of the deceased were Khairon Mandal (62), Firdoshi Mandal (50), Khodeja Mandal (65) and Aunt Akhira Mandal (65), Fatima Mandal (65). 62) and Mama Mahuddin Mandal (61) Bangladesh (Bangladesh) They live in the border village of Bahadurpur, district Jessore, which is located at a distance of about 2 km from the International Border. BSF has performed the religion of humanity by giving him the last glimpse after the death of his brother. BSF officials said that the incident took place in North 24 Parganas district. (North 24 Parganas) of the border area, when such a sensitive episode came to the fore on April 16 at around 1015. So the BSF officers took this decision for the sake of humanity.

In a statement issued by the BSF, it has been told that Mahtab Mandal, a resident of the border village Bansghata, told the company commander of Sutia, a border outpost of the 107th Corps posted here, that his brother Zulfikar Ali Mandal had passed away. His three sisters and relatives live across the border in Bangladesh. He requested the BSF that if his sisters had a last glimpse of his brother, they would feel very happy.

BSF performed the religion of humanity

According to the BSF statement, the Company Commander listened to him without any delay keeping in mind the humanitarian and emotional aspect. In this regard, immediately contacted his counterpart Border Guard Bangladesh (BGB) officials. After the request of BSF, BGB also stepped forward considering the humanitarian approach. Therefore, the border security forces of both countries, keeping humanity paramount in view of mutual cooperation, arranged for the three sisters living in Bangladesh to have their brother’s last visit at 1110 o’clock on the zero line near the international border. In this way it was possible for three sisters and relatives to have the last glimpse of their brother.

At the time of last visit, the atmosphere became inconsolable, thanked BSF

At the same time, when the sisters had their last darshan of their brother, the atmosphere there became very inconsolable. At the same time, after the last darshan, all the relatives expressed their heartfelt gratitude for this initiative of the Border Security Force and said that due to the humanity of you people, we have got the last glimpse of our brother. South Bengal Frontier BSF Inspector General Dr Atul Fuljhele, IPS said that BSF personnel are deployed day and night on the border without blinking and taking care of their religious and social values ​​including the security of the country as well as the happiness and sorrow of the border residents. keep. He emphasized that while the Border Security Force is against those with ill-intentioned motives, it is always ready when it comes to humanity and human values.