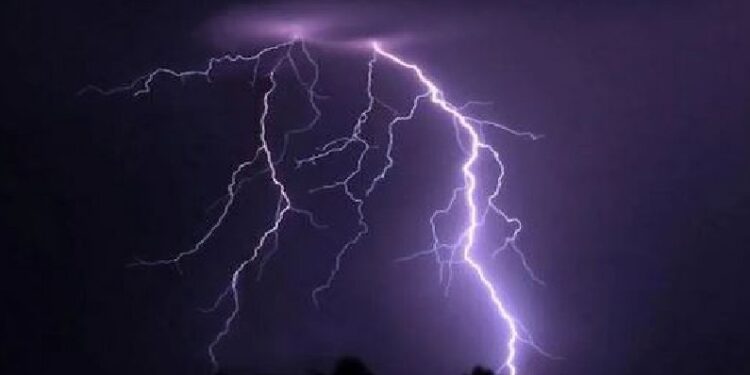 West Bengal: Due to strong storm and rain, nine people have died due to lightning in Murshidabad. There is mourning in the area.

In Bengal, 13 people have died due to lightning. (signal picture)

Lightning has wreaked havoc in West Bengal on Monday. He has swallowed the lives of 13 people. Only 9 people have died in Murshidabad district, after which there is mourning in the area. Meanwhile, Prime Minister Narendra Modi has announced compensation to the families of the victims as relief. He announced Rs 2 lakh each to the next of kin of the dead and Rs 50,000 to the injured. At the same time, deep condolences have been expressed.

PM arenarendramodi has approved an ex-gratia of Rs. 2 lakh each from the PMNRF for the next of kin of those who have lost their lives due to lightning in various parts of West Bengal. Rs. 50,000 would be given to the injured.

A tweet from the Prime Minister’s Office said, ‘PM Narendra Modi has approved an ex-gratia of Rs 2 lakh each from PMNRF for the next of kin of those who lost their lives due to lightning in different parts of West Bengal. 50-50 thousand will be given to the injured.

PM Modi tweeted and wrote, ‘My condolences to all those who have lost their loved ones due to lightning in some parts of West Bengal. Get the injured as soon as possible.

My thoughts are with all those who lost their near and dear ones due to lightning in parts of West Bengal. May the injured recover at the earliest.

According to the information received, nine people have died due to lightning in Murshidabad due to strong storm and rain in the area, including six in Raghunathganj, one in cotton and two in Berhampur. There is mourning in the area. At the same time, eight people were injured in Raghunathganj due to lightning. All the injured have been admitted to Jangipur Hospital, where they are being treated.

read this also- Ram Madhav, who is writing a book on Deendayal Upadhyay, said – his ideas will have to be brought out of the office of Sangh and BJP