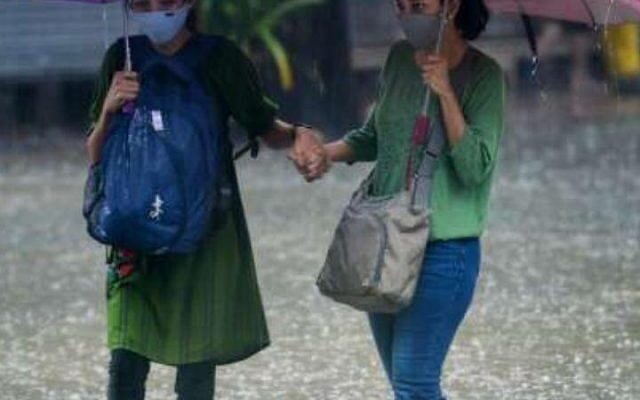 In fact, according to the Meteorological Department, due to a system of weather in the Bay of Bengal, changes will be seen in the capital from the coming Saturday. At the same time, there may be thunder and lightning with rain on Saturday. In such a situation, there is a possibility of light rain on the coming Sunday and Monday. Due to this a sharp drop in temperature will be recorded. Due to which the residents of the city will get relief from the sultry heat.

Let us tell you that on the other hand, IMD has issued a Green Alert in Delhi from October 12 to October 16. While a Yellow Alert has been issued by the department for October 17. During this, there may be light rain or thunderstorms. With the rain, there will be a sudden change in the weather.

Significantly, due to strong dust storm winds, there has been a decline in the air quality of the capital Delhi. However, it is still in the medium category. At the same time, according to the Central Pollution Control Board, the average air quality index of last Tuesday was 179 points, which is kept in the medium category. It is estimated that the Air Quality Index will be around this for the next 3 days. At present, the sequence of arrival of dust of Rajasthan will also be continuous.

read this also: NCR Draft Regional Plan 2041: Scope of NCR will be reduced, bullet train-heli taxi and waterway; Know how the future of Delhi-NCR will be

read this also: IITM designed Decision Support System to tackle air pollution, will forecast the causes of pollution in Delhi; Learn how it works

India will grow by more than 10% in FY22, the country will be included in the fastest growing economies: Nirmala Sitharaman