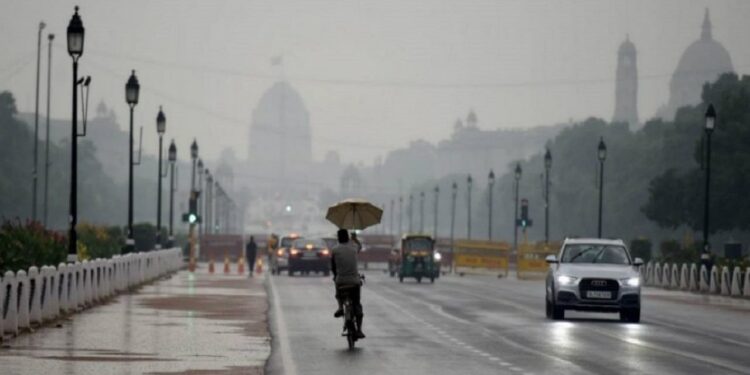 Heavy rain is expected in many states of the country. (signal picture)

The mood of the weather is pleasant in many states of the country and heavy rains in many states. (Weather News) Has troubled people. weather department (IMD) According to this, there may be heavy rain in Mumbai even today. He said that today i.e. on September 15, the suburb will receive moderate rain with occasional heavy rains and sometimes strong winds. weather department (Weather Forcast) Said that better chances of rain in the state will return on Monday and Tuesday of next week as the dew point has climbed back up.

On the other hand, people who have been suffocated by the sultry heat in UP for the last few days can get a huge relief. In fact, according to IMD, the weather system has become active again in UP and there are chances of rain with strong wind for the next three days. Meanwhile, a Deep Depression centered over North Interior Odisha and adjoining North Chhattisgarh will weaken into a Depression during the next six hours.

Apart from this, along with the capital of the country, there may be light rain in Gurugram, Ghaziabad, Dadri, Greater Noida, Noida, Ballabhgarh, Faridabad, Panipat and adjoining areas. Due to this rain, the temperature of these cities has come down, due to which the people troubled by the heat have got a lot of relief. The Meteorological Department has forecast light to moderate rain here on September 15 as well.

Heavy rain in many districts of Bihar

At the same time, people are upset due to heavy rains in many districts of Bihar. Patna Meteorological Center has issued a yellow alert of rain for most of the districts of Central and North Bihar. Incessant rains have created a flood-like situation in many parts of the state. It has also rained in different parts of the state in the last two days. However, in the capital Patna, the heat has troubled the people. Strong sunlight is making people sweat, although there too the weather has improved due to rain. There is a possibility of heavy rain in Sitamarhi, Madhubani, Samastipur, Darbhanga, Muzaffarpur on September 15 and even after that.

Employees of Shimla’s Rashtrapati Niwas infected with corona, now His Excellency will stay in private hotel