Weather Update: Chance of rain in these states including Delhi-Rajasthan, IMD issued alert, know the weather condition across the country 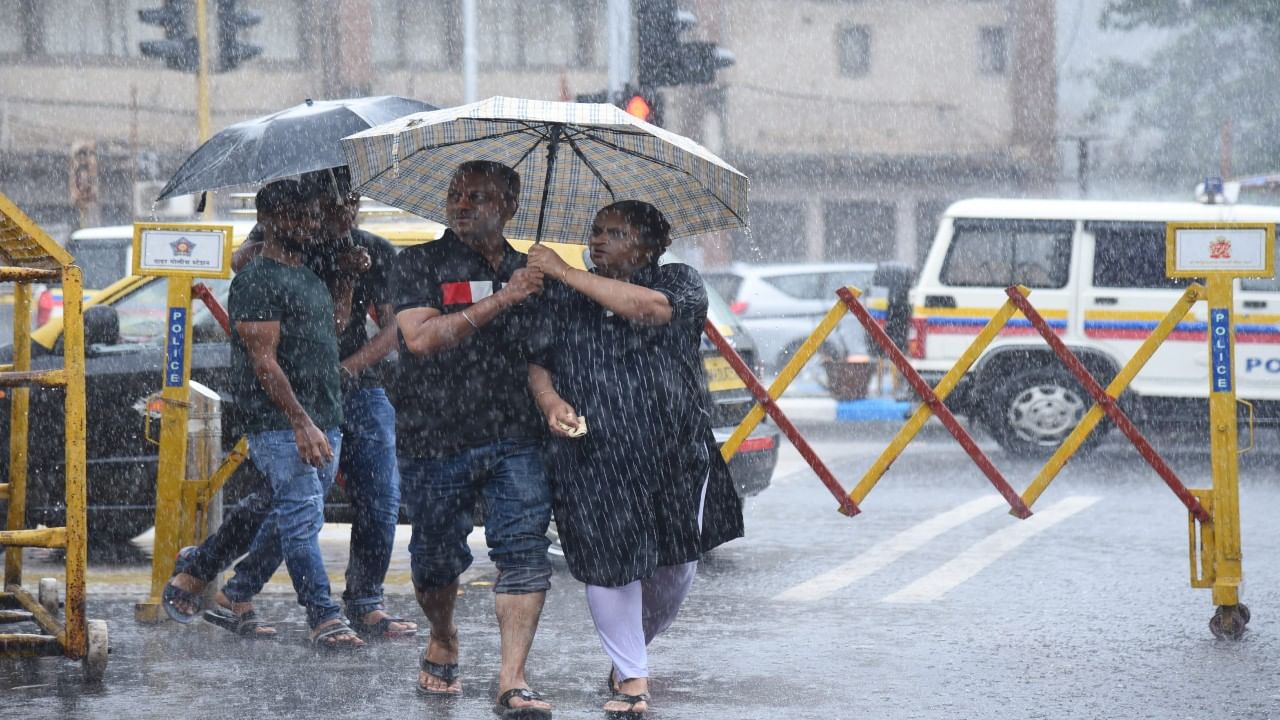 For the last few days, due to rain in Delhi-NCR and its surrounding areas, people have got relief from the scorching heat and heat wave. The India Meteorological Department (IMD) has once again expressed the possibility of rain here.

For the last few days, rain in Delhi-NCR and its surrounding areas (RainDue to this, people have got relief from the scorching heat and heat. India Meteorological Department (IMD) has once again expressed the possibility of rain here. According to the department, there is a possibility of light rain at isolated places in Rajasthan, Haryana and Delhi today. The national capital on Sunday recorded a maximum temperature of 30.7 degrees Celsius, which was eight degrees below the season’s average. The IMD said that till 8.30 am on Sunday, Delhi received one mm of rain in the last 24 hours.

The city recorded a minimum temperature of 24.5 degrees Celsius on Sunday, which was three notches below the average. According to the IMD, the sky is expected to be clear on Monday, with light rain and wind speed reaching 30-40 kmph. Apart from this, the maximum temperature has been predicted to be 32 degrees Celsius and the minimum temperature to be 24 degrees on Monday. The Southwest Monsoon reached the Gangetic plains of West Bengal, most parts of Jharkhand and Bihar on Sunday. The Meteorological Department has forecast heavy rain in these places till Tuesday.

Rain likely in many states due to monsoon

Meteorologists said that there are favorable weather conditions for the arrival of monsoon in the remaining parts of Gangetic Bengal and Jharkhand. He said that with the onset of monsoon, there is a possibility of heavy rain at isolated places over West Bengal, Bihar and Jharkhand on Monday and Tuesday. The Meteorological Department has also forecast heavy rains in Sub-Himalayan West Bengal and Sikkim. There is a possibility of rain with lightning in the next few days in Kolkata. The sky of the city remained cloudy throughout the day on Sunday and there was light rain once or twice.

According to ‘Skymet Weather’, a Western Disturbance is persisting over Jammu and Kashmir and Ladakh region, along with a cyclonic circulation over North Rajasthan, Punjab and Haryana. Apart from this, a Cyclonic Circulation lies over South-West Bay of Bengal, off Tamil Nadu coast. Southwest Monsoon has further advanced into southern parts of Madhya Pradesh, entire Vidarbha and more parts of Chhattisgarh, Odisha, West Bengal, Bihar and Jharkhand.

There will be heavy rain in these states

During the last 24 hours, very heavy rains have occurred over Assam and Meghalaya, while rest of Northeast India and Sub-Himalayan West Bengal received heavy rainfall. In the next 48 hours, Southwest Monsoon is very likely to advance into more parts of East Madhya Pradesh, entire Chhattisgarh, Odisha, West Bengal, Jharkhand and Bihar. There is a possibility of heavy rain over Mumbai and Konkan coast during the next 24 hours. Heavy rainfall is possible over Coastal Karnataka, Kerala, Telangana, Odisha, Andhra Pradesh and parts of Northeast India.