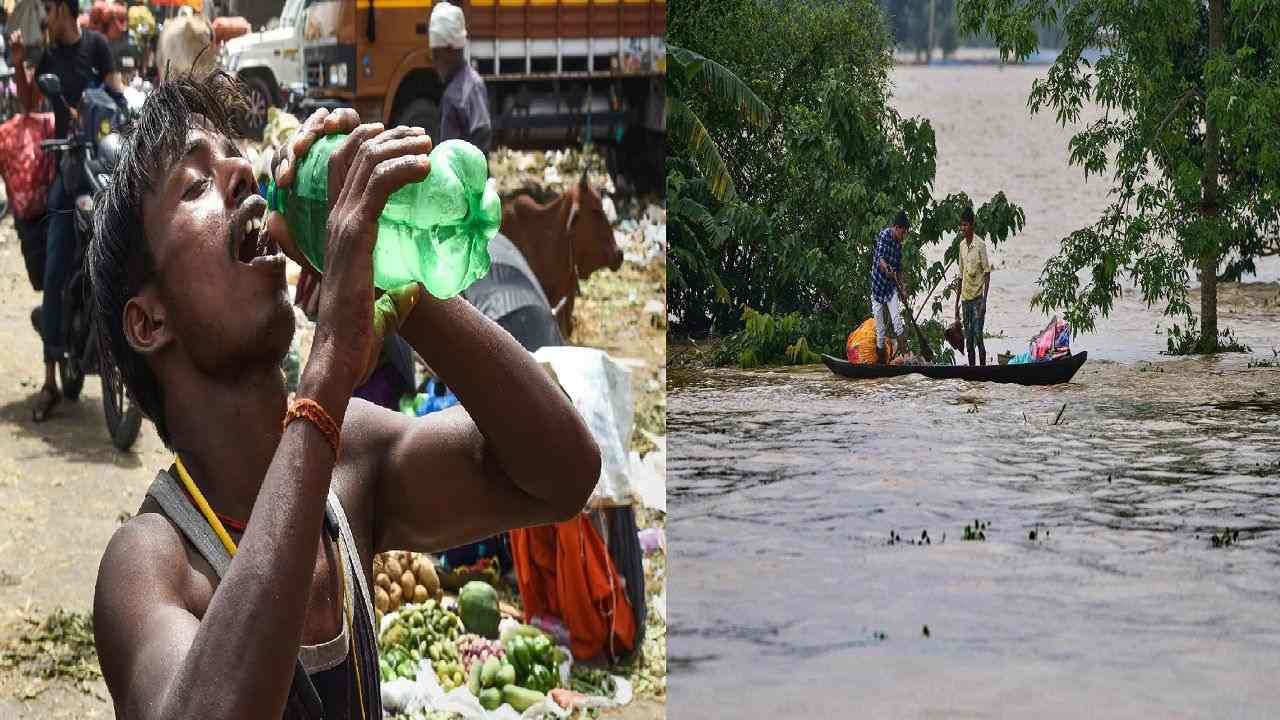 The Meteorological Department has said that Kerala, Karnataka, Assam, Meghalaya and Arunachal Pradesh are going to face heavy to very heavy rains.

Scorching heat in the northern part of the country (Weather Update) is taking people’s ‘Agnipariksha’. While the havoc of rain and floods is being seen in Northeast India. Apart from this, the weather in South India is also looking kind. The situation of summer is that the temperature is reaching near 49 degrees in different parts of Delhi and Rajasthan. Many summer records have been broken. However, the weather has started taking a turn in many states of North India. After the rains in Uttarakhand, news of landslides has also come to the fore. Kerala and Assam are battling the floods after heavy rains. Two lakh people have been affected by the floods in Assam.

The Meteorological Department has told that the ‘sky disaster’ is going to continue in Kerala and Assam for the time being. Heavy rains have caused floods in both these states. Apart from this, Tripura, Mizoram and Manipur have also been affected by heavy rains. The Southwest Monsoon has started moving into South Andaman Sea and its adjoining areas. With the onset of monsoon, rains can start in different parts of the country. The Meteorological Department has said that Kerala, Karnataka, Assam, Meghalaya and Arunachal Pradesh are going to face heavy to very heavy rains. At the same time, from May 19, North and Central India will once again face heatwave.

Summer season will continue in the states of North India

The heat wave is going to continue in the states present in the northern parts of the country. People living in many states of North India including Rajasthan, Madhya Pradesh, Uttar Pradesh, Jharkhand, Bihar will have to face the heat of the summer. The Meteorological Department has said that heatwave will start in these states from May 20.

Weather will change in Punjab Haryana

Will run again in Delhi

There has been a slight drop in the maximum temperature in Delhi. Actually, these days it is cloudy in the national capital. Due to this the temperature has come down a bit. However, the current temperature being recorded is also two to four degrees higher. The Meteorological Department has said that from May 20, once again Delhiites will be battling heat wave. Apart from this, the maximum temperature will go above 45 degrees.

Road and rail connectivity with parts of neighboring Tripura, Mizoram and Manipur, including Assam’s Barak Valley and Dima Hasao district, remained disrupted on Tuesday due to heavy rains and landslides. Road and railway tracks have been washed away in many places in Assam and Meghalaya. In Assam’s Dima Hasao district, landslides disrupted road and rail connectivity at several places. A landslide in Meghalaya’s East Jaintia Hills district disrupted road connectivity to the Barak Valley in southern Assam and important parts of three northeastern states. Two lakh people have been affected due to floods in Assam, while 11 people have died. The Meteorological Department has issued a ‘Red Alert’ for the state.

The Southwest Monsoon has not knocked yet. But the rainy season has already started in Kerala. Heavy rains are occurring in many parts of Kerala. The Meteorological Department has said that Idukki, Thrissur, Malappuram and Kozhikode in Kerala may receive heavy rains. After the arrival of monsoon, more rain is going to happen.

Landslides occurred at many places in Uttarakhand

The weather has changed its mood in Uttarakhand, which is called Devbhum. In such a situation, there has been heavy rain in many parts of the state. As a result, landslides have been witnessed in many parts of the state. There has also been a lot of damage due to landslides in many places. The doors of Badrinath Dham have opened. But due to the changing weather and landslides, the yatra was stopped for some time. Chamoli District Magistrate Himanshu Khurana said that the yatra was resumed as soon as the weather cleared.