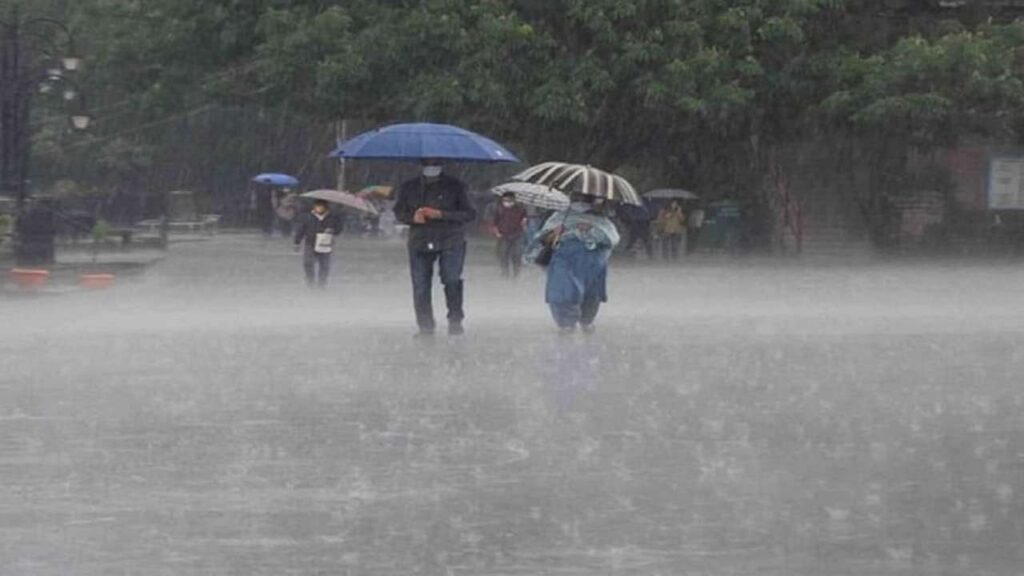 The country received normal rain during the rainy season of four months from June to September this year. The India Meteorological Department said that the northeast monsoon is also expected to be normal, which brings rain in the southern states from October to December.

The India Meteorological Department said that Kerala is likely to receive heavy to very heavy rains till Wednesday. While there is a possibility of heavy rain at one or two places in Kerala till October 6, heavy to very heavy rains have been predicted in the state on October 4 and 5. According to a report by Manorama Online, a yellow alert has been issued for Saturday in Wayanad, Ernakulam, Idukki, Alappuzha, Pathanamthitta, Kollam and Thiruvananthapuram districts.

On Sunday also, a yellow alert has been issued for Wayanad, Kozhikode, Malappuram, Ernakulam, Idukki, Kottayam, Pathanamthitta and Kollam. The IMD has also predicted thunderstorm accompanied with lightning at one or two places in Kerala till Tuesday. The deep depression formed in the Arabian Sea intensified into Cyclone Shaheen on Friday morning. IMD’s Cyclone Warning Division has said that the system is moving away from the Indian coast. Cyclone Shaheen was formed from the remnants of Cyclone Gulab, which hit the east coast on 26 September.

Normal rain in the country from June to September

The country received normal rainfall during the four-month rainy season from June to September this year. The India Meteorological Department said that Northeast Monsoon is also expected to be normal, bringing rain from October to December over southern states, including Tamil Nadu, Coastal Andhra Pradesh, Rayalaseema, Kerala, South Interior Karnataka and Lakshadweep.

91 people died due to heavy rains in Marathwada

On the other hand, Marathwada, which is considered a drought-prone region in Maharashtra, has received 1041.5 mm of rain this year as compared to the average monsoon rainfall of 679.5 mm and parts of it are still receiving heavy rains. The eight districts under Marathwada are Aurangabad, Latur Osmanabad, Parbhani, Nanded, Beed, Jalna and Hingoli. At least 91 people have died and over 2.5 million hectares of agricultural land has been destroyed in Marathwada due to excessive rains in the last four months.

Also read- Weather Alert: Heavy rain warning in Kerala, clouds will rain heavily in these states including Delhi, know the condition of your state