Weather alert for farmers: Monsoon will reach Kerala on June 3, there is no chance of rain in Bihar-UP 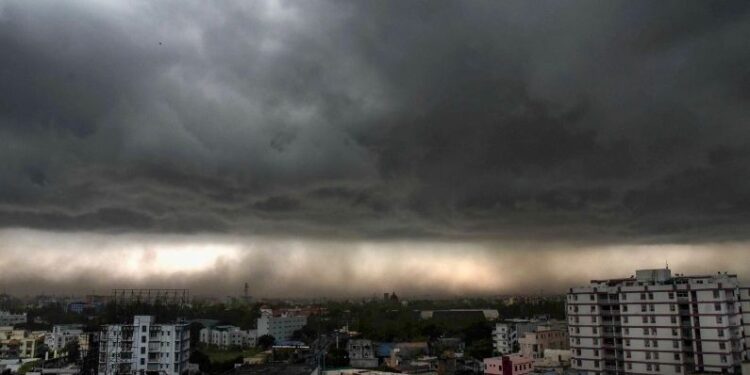 Conditions have started being created for the monsoon to reach Kerala on June 3. The India Meteorological Department (IMD) said on Wednesday that there has been an increase in rainfall in Kerala and westerly winds are blowing in the lower levels of the South Arabian Sea.

Monsoon is likely to reach Kerala on Thursday with a delay of two days. (PTI Photo)

Conditions have started building up in the state for the Southwest Monsoon to reach Kerala on June 3. Monsoon is reaching here late than normal time. The India Meteorological Department (IMD) said on Wednesday that there has been an increase in rainfall in Kerala and westerly winds are blowing in the lower levels of the South Arabian Sea.

According to satellite images, the Kerala coast and adjoining southeast Arabian Sea are cloudy. “The condition is forecast to become more favorable for Monsoon conditions in Kerala with further increase in rainfall in the next 24 hours,” the IMD said.

Monsoon usually reaches Kerala on June 1. The IMD had earlier predicted the arrival of monsoon here on May 31 or four days earlier or earlier, but on May 30, it had said that the situation is yet to arrive in Kerala.

At the same time, due to the activation of a new Western Disturbance, thunderstorms are continuing in some parts of Rajasthan for the last two-three days. According to the spokesperson of the Meteorological Department, thunderstorms will continue in the districts of Bikaner, Ganganagar, Hanumangarh, Churu, Nagaur, Sikar, Jhunjhunu districts and Jaipur, Ajmer, Kota divisions.

Chances of rain in these states

On the other hand, according to a report by Skymet Weather, light to moderate rain at one or two places may occur at isolated places over Odisha, South Chhattisgarh and isolated parts of Telangana during the next 24 hours.

Sky Mate has reported that pre-monsoon activities have started in Maharashtra and its adjoining areas. Due to this there is a possibility of rain in Konkan and Madhya Maharashtra. Lightning, gusty winds and thundershowers may occur in Mumbai, Alibaug, Thane, Mahabaleshwar, Pune, Nashik, Ahmednagar and Nandurbar. Parts of Marathwada will see scattered thunderstorms. According to the agency, similar weather may persist for three days in the region.

More than 20 crore farmers of the country wait for the monsoon. Timely rains are required for Kharif season crops. Due to lack of rain, the work of agriculture is affected, as well as the cost also increases.

This time, two cyclonic storms that came just before the monsoon have broken the back of farmers and incessant rains have also delayed the work of making nursery for paddy. If the weather remains normal for the next few days, farmers will put up paddy nursery and transplanting will be done on time.

Also read- Macadamia Nuts: World’s most expensive almond, what is its specialty and why is it sold at such a high price?