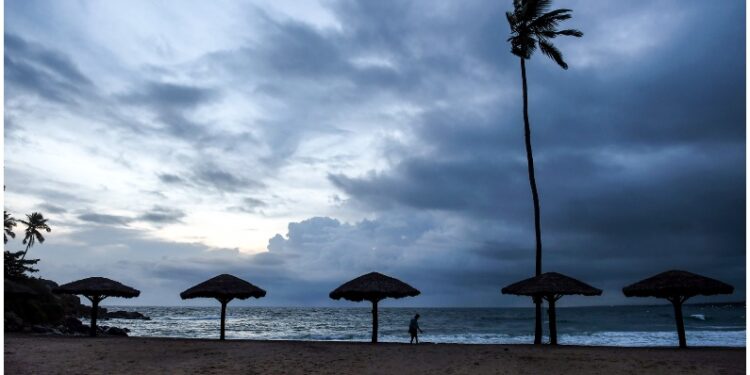 Southwest Monsoon has covered most of the country ahead of schedule. According to an estimate, the monsoon has reached 80 percent of the geographical area. But due to the westerly wind, its speed has slowed down a bit.

Monsoon has covered most of the country. (Photo- PTI)

Southwest Monsoon has covered most of the country ahead of schedule. According to an estimate, the monsoon has reached 80 percent of the geographical area. But due to the westerly wind, its speed has slowed down a bit. The India Meteorological Department (IMD) had said in its earlier forecast that the monsoon would reach Delhi around June 15 but the wait has increased due to changed weather activities.

After knocking late in Kerala by two days, this time the monsoon got a tremendous boost. But at the moment it has slowed down a bit. Despite this, rain activities are continuing in the areas where the monsoon has reached. According to Skymet Weather, there is a possibility of heavy rain in some parts of East Uttar Pradesh, Bihar, Jharkhand, North Chhattisgarh and Madhya Pradesh in the next 48 hours. Light to moderate rain is likely over Punjab, Haryana, West Uttar Pradesh, Delhi and North Rajasthan during this period.

Bihar, East Uttar Pradesh, parts of Madhya Pradesh, Chhattisgarh, Odisha, West Bengal and Telangana also received rain on Monday. Clouds continued to rain throughout the day in parts of Bihar and East Uttar Pradesh. But in the morning, heavy rain was recorded in many areas.

It will rain in these states

According to Skymet’s report, there will be rain in these areas in the coming 24 hours as well. Apart from this, isolated heavy to very heavy rain with isolated falls is very likely over rest parts of Madhya Pradesh, parts of Telangana, parts of Vidarbha, isolated parts of Uttarakhand and Himachal Pradesh and parts of Telangana.

Agriculture experts say that this time the monsoon has reached a large part of the country much ahead of time. It has also had an impact on the agricultural work. Punjab and Haryana, which have always been leading in agriculture, have received many times more rain than the quota of the entire month till the 14th of June. According to the data of the Meteorological Department, Punjab has received 158 percent more rain in the first two weeks and 146 percent more in Haryana. Experts say that if this situation continues, then the work of sowing and planting of Kharif crops may be affected.

read this also- Neither animals will harm nor disease, this special plant is making farmers rich, know its specialty