We are less than Nepal, Pakistan in starvation, these figures are really frightening… 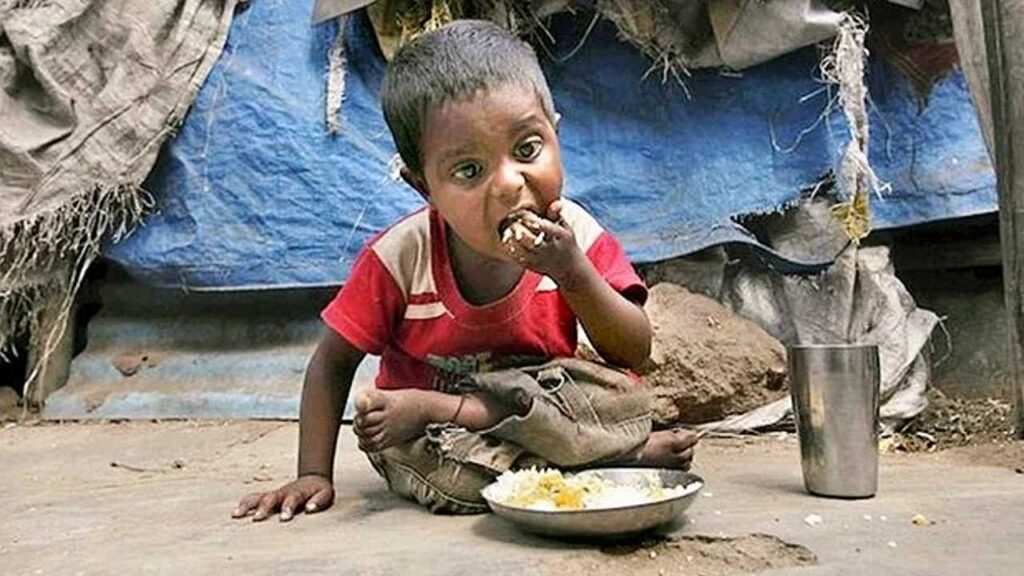 India has slipped to the 101st position out of 116 countries.

Recently a report has come out, whose figures are a matter of concern for India. In fact, India’s name is at a very low rank in the Global Hunger Index. The surprising thing is that in the matter of starvation, Pakistan is much ahead of India and is in a better position than countries like Nepal. In such a situation, this report is scary for India. In such a situation, do you know what is the position of India in terms of starvation?

Let us tell you that out of 116 countries, India has slipped to 101st place. In this case, it is behind its neighboring countries Pakistan, Bangladesh and Nepal. India was ranked 94th in the year 2020. Now it has come to 101st place out of 116 countries. Along with this, India’s GHI score has also fallen. It was 38.8 in the year 2000, which ranged between 28.8–27.5 between 2012 and 2021. The GHI score is calculated on four indicators, which include undernourishment, malnutrition, child growth rate and child mortality.

According to the India Food Banking report, 189.2 million people in India are malnourished. In such a situation, it can be estimated that 14% of the population in India is malnourished. Also, 51.4% of women of reproductive age of 15 to 49 years are suffering from anemia i.e. they are anaemic. Also, the report said, 34.7% of children under the age of five in India are stunted (very short for their age), while 20% suffer from wasting, which means they weigh less than their height. is much less than . Malnourished children have a higher risk of death from common childhood diseases such as diarrhoea, pneumonia and malaria.

Things got worse in Corona

The report of the ‘National Family Health Survey’ conducted last year shows that the cases of malnutrition are increasing continuously in the country. Women are struggling with the complaint of anemia (ie, anemia). Due to this anemia, children are born malnourished. In this report conducted in 22 states, it has been claimed that due to malnutrition, children below 5 years of age in 13 states are below normal height.

A report was released by the ‘Ride to Food’ campaign after surveying 11 states of the country. Due to the Corona epidemic, many families had to spend many nights hungry during the lockdown in the country. The number of such people was about 27 percent. At the same time, it has been claimed in the same survey that during this period, nutritional deficiency was also seen in the food of about 71 percent people. Even 45 percent of the people had to take loans for their food arrangements. Dalits were 23 per cent more than the general castes among the borrowers.

A PEW report says that 60 percent of the people who reached the level of poverty worldwide during the pandemic are from India. It has been claimed in the same report that during this period there has been a decline of 3.2 crore in the number of people coming to the middle class people of the country. At the same time, the number of poor has increased by 7.5 crores.

What did the government do?

It is believed that under the National Food Security Act 2013 and some other welfare schemes, assistance is provided to the state and union governments through the administration. Niranjan Jyoti said that under the National Food Security Act, 75 percent of the rural population and up to 50 percent of the urban population are provided assistance. Also, under the Public Distribution System, coarse cereals / wheat and rice are provided at the rate of Rs 1,2 and Rs 3 per kg.

Also Read – Bolero or Scorpio or Xylo… Why does O comes behind the name of every Mahindra vehicle?