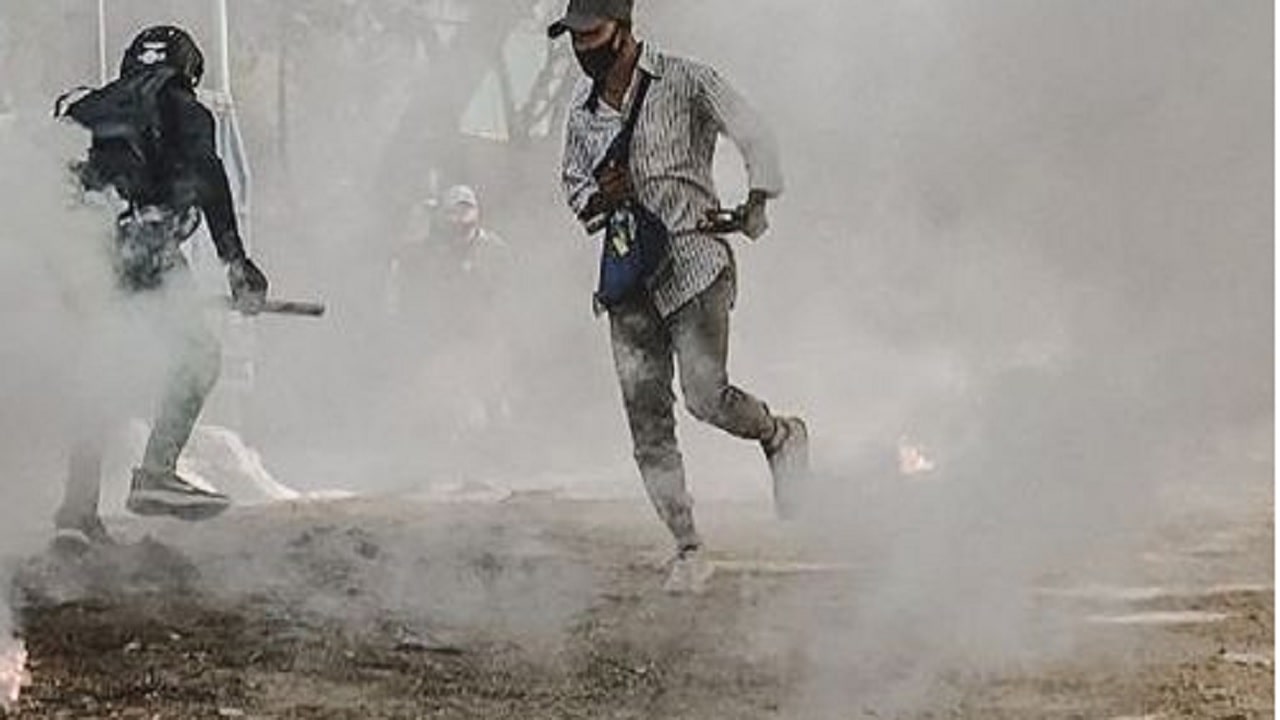 Since March this year, clashes between the army and civilians have been going on in Myanmar. Due to which thousands of common citizens have come to Mizoram till now.

War broke out again between soldiers and resistance forces in Myanmar

More than 100 civilians have come to the bordering Indian state of Mizoram amid increasing conflict between the army and civilians in Myanmar. On this, Mizoram Home Minister Lal Chamliana said that at present the exact figures are not there, but the citizens of Myanmar have come in two districts of the state.

According to the Hindustan Times report, the Home Minister said, ‘In the last few days, hundreds of citizens from Myanmar have entered the Indian state of Mizoram. But the exact figure of people coming from Myanmar to Mizoram is not there because I am currently in quarantine. Let us tell you that in the areas of Myanmar adjoining Mizoram, the conflict has again erupted between the army and the armed civilians. Some citizens have come to Mizoram after escaping the violence.

Since March this year, clashes between the army and civilians have been going on in Myanmar. Due to which thousands of common citizens have come to Mizoram till now. According to official figures, about 10 thousand people from Myanmar are living in Mizoram.

Let us tell you that once again the fighting between government soldiers and the Resistance Force has started in Myanmar. A rural and independent media reports on Friday said that the fiercest fighting took place between government troops and the Resistance Force since July. Fifteen to 20 villagers, including several teenagers, have been killed in the fighting. Fighting began on Thursday near northwestern Magway township. Two days before this fight, a call for a nationwide rebellion was issued by the ‘National Unity Government’. The ‘National Unity Government’ seeks to coordinate with the resistance to military rule.

The fighting began when more than 100 soldiers in four military vehicles arrived in Myin Thar and five other nearby villages to secure the area, a resident told the Associated Press. The militia of the village opened fire giving a warning. But the soldiers entered the area even after this and then the skirmish started between the two sides. Citing his personal security, a resident gave this information on the condition of anonymity. The opposition movement against the army was launched in February after the government of Myanmar’s leader Aung San Suu Kyi was toppled.

The era of ‘Taliban decree’ begins, girls and women will study in a class without men, it is necessary to wear Islamic dress

Varun Gandhi wrote a letter to CM Yogi Adityanath for farmers, demanding increase in sugarcane price to Rs 400 per quintal

Farmers of Maharashtra are worried due to pests and diseases in Kharif crops, there may be a decrease in production